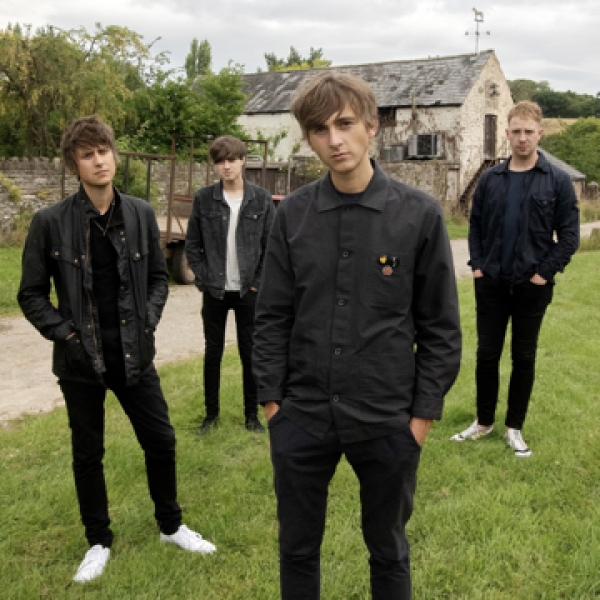 Indie Rock band, The Sherlocks, have announced they’ll be playing Bristol on 3 March 2022 with tickets on sale tomorrow (Friday 15 October).

The Bolton-upon-Dearne band will be playing The Marble Factory as part of a massive UK tour between February and March 2022.

From playing local working men’s clubs to quickly becoming a staple of Sheffield’s guitar music scene with riotous live shows, the band have had a quick ascendency since the mid 2010s.

Formed in 2010, the band were soon embraced as the region’s next alt-rock stars, with appearances at the Reading and Leeds Festivals as well as a great deal of radio support from the likes of Steve Lamacq on BBC 6 Music for their single: ‘Heart of Gold’.

This momentum continued with The Sherlocks supporting iconic band The Libertines on their 2016 tour until, at Reading & Leeds Festival 2017, the band announced to a packed audience that their debut album Live For The Moment had, that day, entered the UK album chart at Number Six.

Unfortunately, the COVID pandemic put an end to the band’s plans and their planned tours of East Asia and America to promote their second album, Under Your Sky, were cancelled.

???? HERE WE GO!!! We’re buzzing to announce our headline UK 2022 tour dates in celebration of our new album ‘World I Understand’

Pre-order a copy of the album including signed album bundles from https://t.co/8Mtg4VGpxU to qualify for an exclusive tour pre-sale. pic.twitter.com/0Czqp61CjO

The band did not stand still during this time and, armed with a new lineup and fresh ideas, they are set to release their third record - World I Understand - and have played a plethora of shows up and down the country already.

Refreshed with new material, The Sherlocks’ massive headline tour looks like one not to be missed. The new year sees the band play venues in: Blackpool, Leeds, Glasgow, Liverpool, Hull, Sheffield, Newcastle, Southampton, Brighton and London as well as Bristol.

Tickets for all these dates can be found on the band’s website from Friday 15 October.

Speaking about the release of World I Understand, as well as the upcoming tour, frontman Kiaran Crook says the record is “...ready-made for the live performances. It’s gonna’ be an absolute monster of a tour and we look forward to seeing you all at the front soon”. This looks like a show not to be missed.

To secure your tickets for The Sherlocks’ massive gig at The Marble Factory on 3 March 2022 from the event website this Friday.