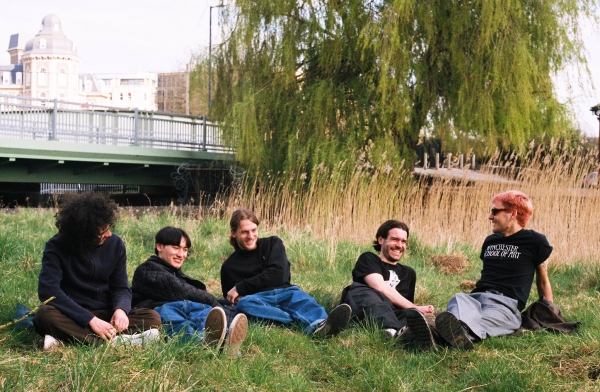 Catch Bristol-based band Damefrisør at The Exchange this weekend

The five-piece, fresh from the release of their new single, ‘Do You Think I’m Special?’, are playing the Bristol venue on Saturday 16 October.

Bristol Post-Punk band, Damefrisør, will be at The Exchange on Saturday to celebrate the release of their latest single.

Having formed in 2018, the outfit have gone from strength to strength over the last couple of years, becoming a mainstay of Bristol’s vibrant leftfield circuit.

The band is made up of Kazhi Jahfar (vocals), Nyle Dowd (drums and percussion), Jamie Brown (guitar), Garin Curtis (guitar) and Sam Nobbs (keyboard and synth).

Forging a sound that is at once unsettling and urgent, the five-piece have drawn comparisons to prestigious bands such as Suicide, Slowdive and Joy Division and its clear to see the seeds of both Shoegaze and Post Punk within their material.

However, Damefrisør have harnessed these influences and - in their most recent single - created their own, radical sound that possesses uncanny, distorted vocals that converse with and intertwine with driving guitar lines.

BRISTOL!!! We headline @exchangebristol 16th October as a celebration of the release of our new single 'Do You Think I'm Special?'. Support comes from the fantastic @bingo_fury and Sophia Harari. Tickets are £5 and can be bought here; https://t.co/S5wE88t0Wo pic.twitter.com/bZXZsNf8Iq

‘Do You Think I’m Special?’, is out now on London-based label Permanent Creeps and was recorded by Will Carkeet of Robbie & Mona and Pet Shimmers.

The track perfectly surmises the band’s blend of Jahfar’s eerie vocalisation with urgent and powerful instrumentation, conjuring the image of a troubled mind hurtling towards crisis.

Their latest show at the Exchange this Saturday sees them headline a lineup stacked full of local talent.

Bingo Fury are yet another exciting member of Bristol’s alternative scene, and with two singles under their belt (‘Big Rain’ and ‘Happy Snake’) the five-piece are a radical, unpredictable outfit that are pricking up ears throughout the UK.

With three exciting artists that are striving to make progressive, forward-thinking music making up the event lineup, this looks like a night that should not be missed - particularly when tickets are only £5!

Tickets for the event at The Exchange on Saturday 16 October and can be purchased from the venue’s website.