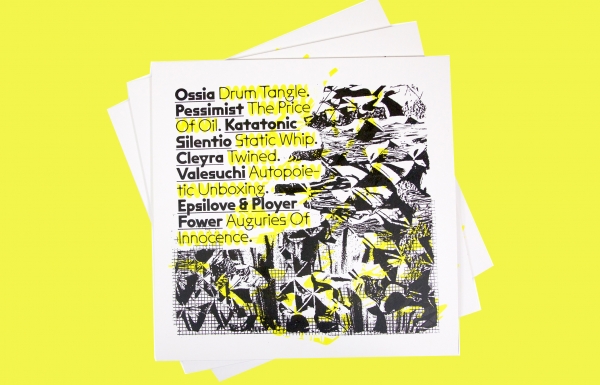 Noods Radio have opened pre-orders for their first-ever vinyl compilation release, calling on the station's extensive network of friends and collaborators to showcase a collection of forward-thinking electronic sounds and styles.

The record is due for release on Friday 15 October via Bristol-based label Rewind Forward, and can be found here.

Big 5 year disc, and the first ever vinyl, via @noodsradio & extended crew, now up for pre-order here!

Launched in 2016, Noods Radio have featured an array of respected local artists as well as several from further afield across the online and DAB airwaves, showcasing a broad spectrum of genres.

Now home to more than 300 residents and a hub for over 1,000 weekly listeners, Noods has emerged as an integral part of the Bristol music scene and a vital platform for a growing number of DJs and live acts based in the city.

Now, after five years of developing their musical community, Noods are coming forward with their first 12", a "wide-spanning yet somehow focused and fully wholesome" six-track compilation.

A limited-edition run of 300 records will go on sale on Friday 15 October - find out more and pre-order your copy here, or discover more from Noods Radio over on their website.