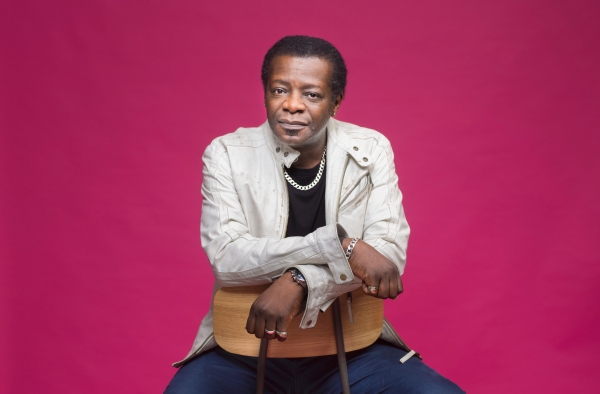 The renowned comedian and TV personality was originally due to take his Before and Laughter show on the road in January 2020.

Stephen K Amos is gearing up for the first dates of his long-awaited Before and Laughter live tour, ready to embark on an extensive run of shows almost two years after they were initially due to take place.

One of a long line of renowned British comedians whose touring plans were scuppered by the coronavirus pandemic, Amos will be bringing his latest standup show to Bristol's Redgrave Theatre on Wednesday 22 September.

A limited number of tickets for the rescheduled performance remain available and can be found here.

Happy Friday people! I’m off on my UK Stand-up tour in the autumn. Dates at https://t.co/XuNXipfDHB #comedy#tour#laughter#jokes#before#funny pic.twitter.com/DAwuY2L5bw

Having made his debut on the stages of the Edinburgh Fringe in the early 2000s, Stephen K Amos has become a household name in UK comedy over the years, selling out several tours and appearing on some of the nation's biggest comedy shows.

Alongside regular slots on Mock the Week, Have I Got News for You and QI among others, Amos received a Royal Television Society Award and a BAFTA nomination for his 2007 documentary, Batty Man, exploring homophobia in the black British community and Jamaica.

The London-born comedian has received widespread acclaim for his acting roles, too, starring in West End box office hit One Flew Over The Cuckoo's Nest and briefly appearing in Eastenders.

Now, almost two years after his initial dates, Amos is ready to go back on the road with one of his most ambitious live shows to date, documenting the highs, lows, divisions and discords of the past decade as part of the Before and Laughter tour.

After opening at Brighton's Komedia, he'll go on to perform 27 dates nationwide between September 2021 and January 2022, arriving in Bristol for a show at The Redgrave Theatre on Wednesday 22 September.

For more information, to book your tickets or to find out what else is coming up at The Redgrave Theatre, head to their website.