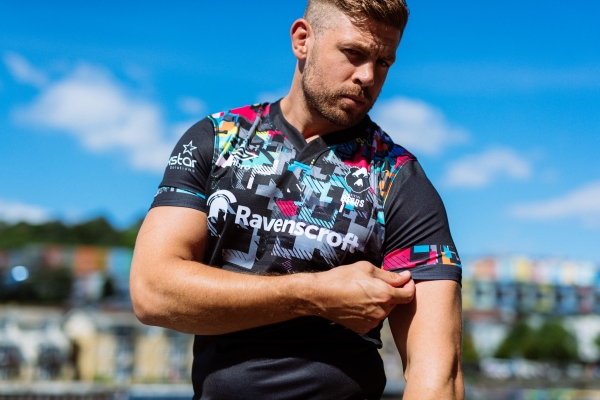 The striking new strip will be debuted in this season's Heineken Champions Cup.

Bristol Bears have officially unveiled their brand-new European kit for the 2021/22 season, inspired by rows of colourful houses along Bristol's Floating Harbour.

The terraced houses, located in Cliftonwood, have become an instantly-recognisable Bristol scene, and a firm favourite on Instagram for tourists and locals alike.

Last week's launch saw Bears players take to the streets for a stroll along the harbour, posing in front of the iconic waterfront backdrop.

The Bears' new kit will be worn exclusively in this season's Heineken Champions Cup, and will get its first outings as Pat Lam's side take on Scarlets and Stade Francais in the pool stages of the competition.

The upcoming campaign will be just the second time the club has featured in the Champions Cup, having reached the Round of 16 in 2020/21 before losing to French side Bordeaux Bègles.

Having endured a disappointing finish to their last campaign despite starting brightly, the Bears are expected to be at the top of their game as they go on the hunt for silverware this time out.

Bristol's 2021/22 Premiership openers are now just a couple of weeks away, as the side prepare for tough early fixtures against Saracens (H, 17 September), Wasps (A, 25 September) and local rivals Bath (H, 1 October).

Tickets for Bristol Bears' season openers are on sale now - find out more and get yours here.

For more information on the Bears' new European kit, or to browse the club's full range of merchandise, head to their official club shop.