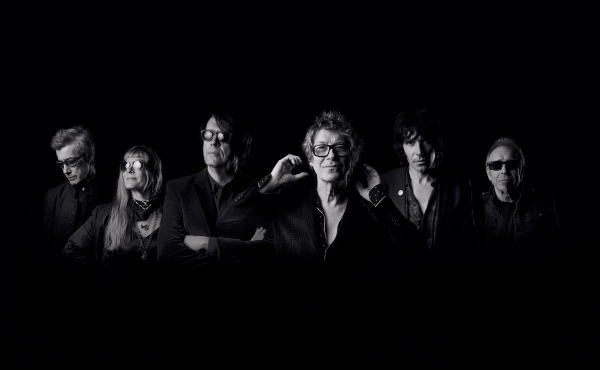 The band's latest album - their first full-length project in almost thirty years - was released in July 2020.

Veteran rockers The Psychedelic Furs are preparing to go out on the road for a rescheduled UK tour, taking them across some of the nation's favourite stages in September and October.

The seven-show run follows last year's release of full-length album Made of Rain, giving The Furs their first opportunity to play their new material live after months of coronavirus-related closures and cancellations.

Initially due to take place in April 2021, the band will be opening with a show at Bristol's O2 Academy on Monday 27 September - find out more and get your tickets here.

Having come together at one of the most exciting points of England's emerging punk scene of the late 1970s, The Psychedelic Furs found international success with their early releases, including their self-titled debut album in 1980 and Talk Talk Talk in 1981.

Led by enigmatic frontman and songwriter Richard Butler, The Furs won fans around the world with their combination of poetic lyrics, innovative instrumentation and infectious melodies.

Through the 1980s the band grew their fanbase both in the UK and the US, charting on both sides of the Atlantic with 1984's Mirror Moves and Midnight to Midnight in 1987.

Made up of Butler (vocals), Tim Butler (bass), Rich Good (guitar), Mars Williams (saxophone), Amanda Kramer (keyboard) and Paul Garisto (drums), Psychedelic Furs remain one of the best-loved live bands to have come out of the British punk era.

As well as shows in London, Nottingham and Bristol, the band will perform in Glasgow, Liverpool, Manchester and Cambridge as part of their 2021 tour.

Tickets for their opening show at the O2 Academy Bristol on Monday 27 September are on sale now and be found here.