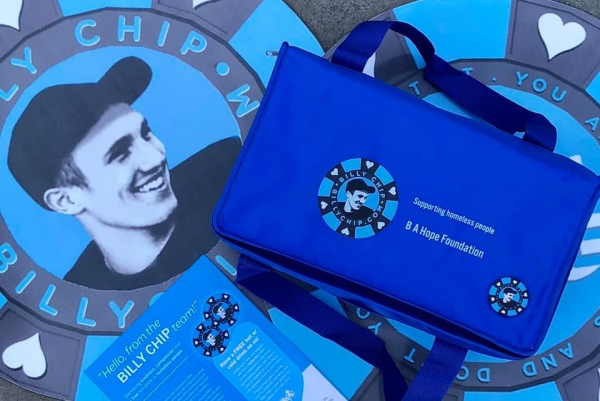 The token-based social enterprise scheme was set up in 2019 to support rough sleepers across the city.

Local non-profit project BillyChip has been awarded close to £10,000 from the National Lottery Community Fund, the team revealed this week.

The BillyChip scheme allows shoppers to purchase tokens from participating retailers, which can be passed on to homeless people and rough sleepers and redeemed for food, drink and other products.

Upon receiving the funding, BillyChip announced plans to allocate 300 starter packs to businesses across Bristol, consisting of 25 BillyChips, window stickers and decals, and a range of posters and leaflets providing information to customers.

After Billy died in 2018 his idea to help the homeless came alive thanks to his family.

Today his sister Megan will be given a Princess Diana Award, on #BBCBreakfast she was moved by viewers messages ????https://t.co/mP8bbBCdxx pic.twitter.com/NjyNEi9M2D

BillyChip co-founder and Diana Award winner, Meg Abernathy-Hope, said: "We're over the moon to have been recognised by the National Lottery for the work we are doing with the homeless.

"It's so wonderful to think that every time someone plays, their money is going towards helping those who have so little. Thank you to everyone who supports the BillyChip. We really wouldn't be able to do this without you!"

BillyChip was set up in memory of Somerset local and 20-year-old ambulance driver Billy Abernathy-Hope, who sadly died whilst on holiday in Thailand in 2018.

Billy's family got the ball rolling with a festival in their back garden in 2019, raising more than £20,000 to launch the scheme.

The BillyChip system acknowledges that the general public can be apprehensive about giving money directly to rough sleepers, and uses tokens as an alternative to help secure vital provisions for vulnerable people.

For more information on BillyChip, to follow news and updates or to find out how business owners can get involved, head to their website or find the team on Twitter.