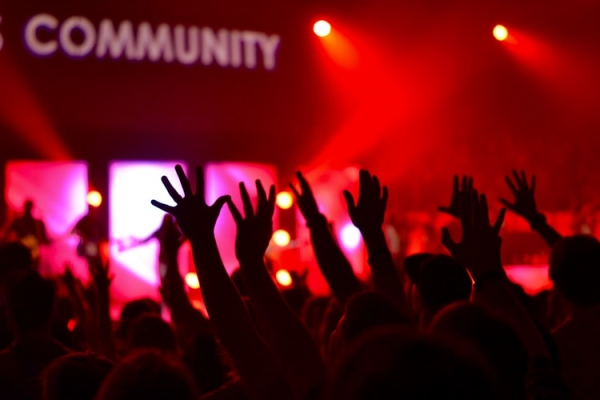 Thekla, The Exchange and The Louisiana are among the grassroots venues hosting a diverse selection of live performances this year.

Nationwide cultural support network the Music Venue Trust have revealed dates and venues for their full Revive Live tour, a series of more than 300 events to kickstart the live music sector's post-lockdown recovery.

After more than 18 months of closures and restrictions relating to the pandemic, grassroots venues up and down the UK are set to reopen in full from Monday 19 July, in line with the latest government guidance.

A selection of Bristol and Bath venues are involved as part of an all-star musical programme that features the likes of Frank Turner, Tom Jones, Mahalia and many more.

Kicking off with Frank Turner and a selection of special guests at The Clapham Ground in London on 19 July, the Revive Live tour is set to continue until late September with an extensive schedule of gigs.

The project has been supported by The National Lottery, which has contributed £1 million to "directly underwrite the touring and production costs of over 300 live performances this summer," according to the Music Venue Trust.

Music fans in Bristol can expect stellar live sets from Olivia Dean, Bob Vylan and Tusks at Thekla, The Exchange and The Louisiana respectively.

Revered Bristol band Grandmas House are also embarking on a tour of their own as part of the Revive Live series, set to perform in Winchester, Portsmouth, Chelmsford, Margate, Tunbridge Wells and Gloucester in September.

Audiences in Bath, meanwhile, can enjoy performances from Larry Pink The Human and Willie J Healey at Moles, either side of a Ren Harvieu solo show at Komedia.

We’re doing a mini headline tour this September!! Huge thanks to @TNLUK and @musicvenuetrust for funding these dates we can’t WAIT to play for all you beautiful peeps ???? AND you only have to buy one ticket and you can bring a friend for FREE-tickets go on sale Tuesday 13th,10am?? pic.twitter.com/7WSVcEX6OB

Speaking on the announcement of the Revive Live tour dates, and ahead of his September performance at Cambridge Junction, world-renowned singer-songwriter Tom Jones said:

“Musicians can record in their bedrooms, but they can’t learn to perform in public without a place to play. Without that, there is no way you can communicate directly to people.

“It’ll be tough to hone your skills and you’ll never have the thrill of feeling their feedback. Without a grassroots music venue, the neighbourhood won’t have a place where people can come together to discover and support new talent.

“So support your local pub, club, gym or church or wherever someone has the guts to bring in some entertainment, it makes all the difference both to budding artists and the community.

“I’m delighted to be able to perform a special show as part of The National Lottery’s Revive Live Tour and to be celebrating the return of live music.”

Up to 30,000 tickets - amounting to roughly half of the tickets to be made available - will be gifted to National Lottery players, with the option to invite a plus-one, also free of charge.

To quality, attendees simply need to show a National Lottery ticket or scratchcard when they attend the gig.

For more information on the Revive Live tour, to browse a full programme of live shows or to book tickets, head to the Music Venue Trust website.