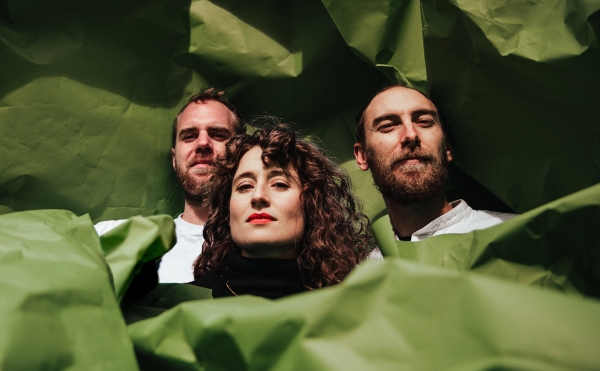 The band's second full-length release is accompanied by an exclusive 'Making Of' documentary film.

Following on from their hugely successful 2019 debut, The Omnitone Collection, the trio's new ten-track record sees them explore a new dimension of their emotive electronic sound, spanning pop, neo-soul, club music and more.

Accompanying the album release is an exclusive 'Making Of' documentary film, with the band now preparing for a return to the stage later this year.

Merging lead singer Katy Sargent's powerful vocals with indie staples and a diverse range of electronic influences, Swimming Static represents a real return to form for Elder Island, and could very well become the project that finally catapults the band into the British mainstream.

Named after the agitation and listlessness millions of us have felt through successive lockdowns, the record serves as another reminder that Elder Island are operating in a space that's entirely their own, featuring songs bursting with atmosphere and personality.

Speaking on its release, the band explained: “Swimming Static is an album born of freeform musical expression, shaped by overcoming challenges and fortified by the severity of focus bestowed upon it.

“The album explores our disposition towards nostalgia and reflection. The fallibility and changeability of history, myth and memory.

“Within the tracks we learned to apprehend and appreciate the turmoils of the present by looking elsewhere but all the time striving to pledge ourselves to the moment.”

Singles released during the buildup to the album drop have been shared and praised across the music press and the UK airwaves, garnering support from the likes of BBC Radio 6 Music's Steve Lamacq and Radio 1's Huw Stephens among others.

In just over five years together the band have amassed well over 200 million streams and played headline shows across the UK, Europe and North America.

Following on from the release of Swimming Static, Elder Island are set to go back on tour later this year, playing eight dates across October and November.

Tickets for the full tour, including an eagerly-anticipated hometown show at Bristol's SWX on 28 October, can be purchased via the band's website.

Swimming Static is available now to purchase or stream on all major platforms. Listen here on Spotify.