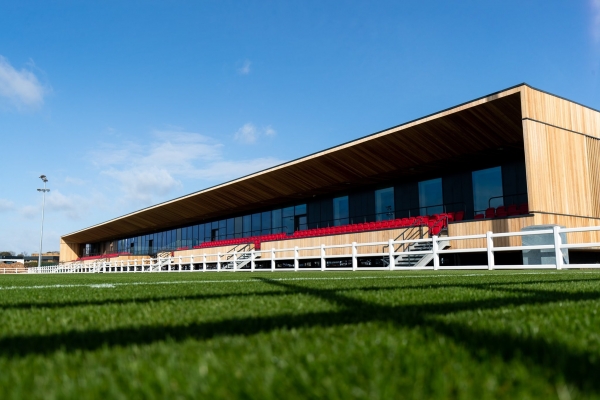 Players and staff made the switch to the brand-new site on Monday.

Bristol City have officially moved into their brand-new state-of-the-art training facility, almost three years after construction got underway on the site in Failand.

Featuring a full-size floodlit show pitch, two more full-size pitches and two further training spaces, the complex marks a new chapter in the club's history and gives The Robins a great chance to progress in the years to come.

Speaking to Robins TV this week, City Chief Executive Mark Ashton, who has overseen the development of the new facility, said:

“A lot of work has gone into this over a number of years from a lot of people. It’s a real day to celebrate for this football club, it gives us the best opportunity to move forward, linking the Academy with the development side of the Under-23s and the first team.

“It’s a great day for the football club, it’s been a long time coming and we’re really pleased to be opening the doors.”

As well as the senior staff, the Bristol City Academy will make the move from Filton to the new High-Performance Centre in the summer,in the hopes that improved, high-quality facilities will aid the development of a new generation of players.

Ashton added: “I’ve spoken to Nigel Pearson about the culture in the building and on the pitches and our first team players will have to take more responsibility in how they conduct themselves day to day because how they behave daily will reflect in our younger players.

“It’s the same for our staff; they will have to set even higher standards, be really clear in how we behave. Our mission, vision and values have to be set clearly from the top because now it has the opportunity to flow right the way through our Academy and that can only be a good thing.”

Alongside the training facilities, the High-Performance Centre is also home to a gym, hydrotherapy pool, changing rooms, medical and rehabilitation facilities, a tactics room and office space and education and welfare facilities the academy.

For more information on Bristol City's new training facility, to get an in-depth look at its construction or to follow news and updates through the remainder of the 2020/21 season, head to the club's official website.