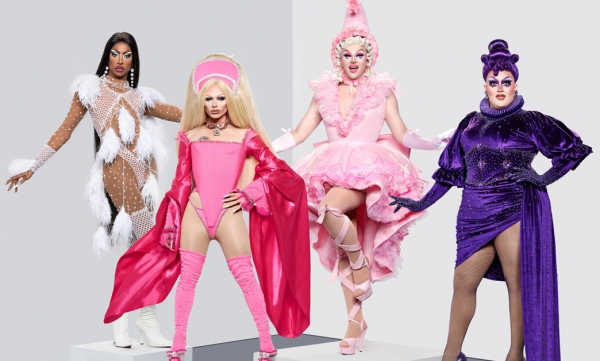 The UK's biggest-ever Drag Race tour will be stopping off in Bristol next March.

The eagerly-anticipated RuPaul's Drag Race live tour will be stopping off in Bristol next year, with some of the hit show's best-loved stars set to take over the Bristol Hippodrome for one night only on Sunday 27 March.

Having just concluded their latest UK series, Drag Race will be going back on the road next year to bring their unmissable energy to some of the nation's top venues and stages.

Tickets for the Bristol leg go on sale at 10:00 on Friday 2 April and can be found here.

Get ready to SLAY! The queens of RuPaul's Drag Race UK are coming to Bristol! ????

Started in the US in 2019, Drag Race is a hugely popular reality TV series in which contestants compete for the title of the World's Next Drag Superstar.

Hosted by drag queen, actor, singer and TV personality RuPaul, the show has become a major part of popular culture in recent years, expanding to launch new series' in Canada, Holland, Spain and Australia as well as the UK.

Now, bursting with the charm, uniqueness, nerve and talent of your favourite queens, Drag Race is coming to you live with a glittering stage show, featuring Season 2 winner Lawrence Chaney as well as Tayce, Bimini Bon Boulash and Ellie Diamond.

A selection of stars from Drag Race US and the UK's first season will also be appearing as part of a star-studded lineup.

As part of a wave of new dates, the tour will also be stopping off in London, Derby, Bristol and Bradford before closing with a return to Ipswich's Regent Theatre on 2 April.

As one of the biggest and most ambitious live Drag Race shows to date, fans simply cannot afford to miss the production when it arrives at the Bristol Hippodrome on Sunday 27 March 2022.

Tickets go on sale at 10:00 on Friday 2 April, but they won't be around for long - find out more and get yours here.