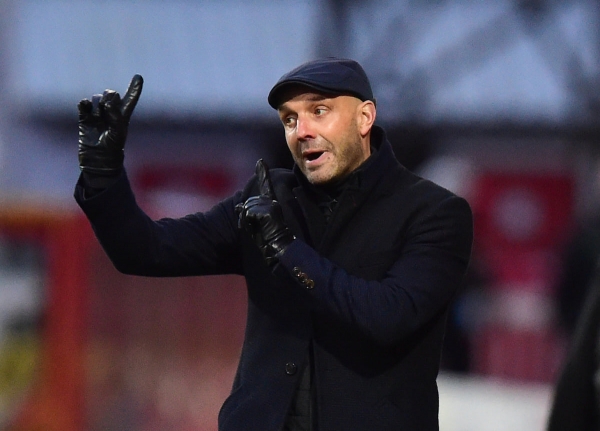 Tisdale lasted less than three months in charge of The Gas before being shown the door.

Bristol Rovers have confirmed via a club statement that they have officially parted company with first team manager Paul Tisdale, having appointed the former MK Dons and Exeter City boss in November.

A run of four straight defeats - including a 6-1 hammering at the hands of Accrington Stanley - has ultimately cost Tisdale his job, with the club currently sat 20th in the League One table, above the relegation zone on goal difference.

The decision leaves Rovers in a precarious position going into a vital second half of the 2020/21 season, as caretaker boss Tommy Widdrington takes charge until a successor is chosen.

???? Bristol Rovers can today confirm that it has parted company with Manager Paul Tisdale.#BristolRovers

Releasing a statement on their website, the club said: "Bristol Rovers can today confirm that it has parted company with manager Paul Tisdale. Mel Gwinnett has also left his role [overseeing] Football Operations.

"The Club would like to thank both Paul and Mel for their efforts and wish them both the best of luck for the future."

Yesterday's (Wednesday 10 February) news came just a day after Rovers' disappointing 2-0 home defeat to Oxford United, after which Tisdale was full of praise for his side.

"I thought they were fabulous from start to finish," he said. "What the last few days has shown me ... is that I've got a team that's committed."

Bristol Rovers now face a tricky hunt for a new manager at a crucial stage of the season, with 20 games remaining and a real threat of relegation looming over the squad.

At the time of writing five clubs placed 18th-23rd are separated by a single point and goal difference, suggesting that the race to avoid the drop could well go down to the wire.

With huge implications attached to relegation this season amid the ongoing coronavirus crisis, Rovers fans will be desperate to see an upturn in form in the coming weeks.