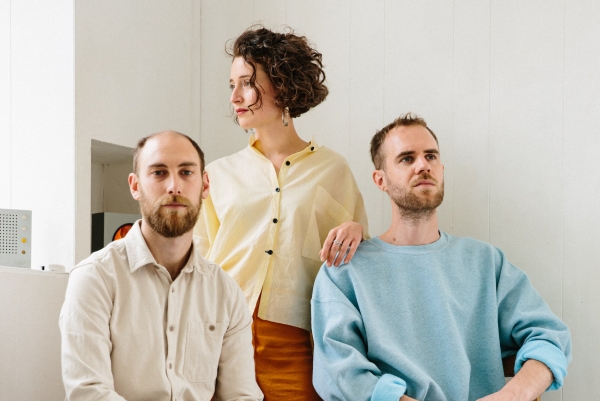 'Purely Educational' is the third single from the band's eagerly-anticipated new album.

Set to land on Friday 28 May, new album Swimming Static will be the band's second-ever full-length release, following up from their critically-acclaimed 2019 debut, The Omnitone Collection.

'Purely Educational', as well as previously-released singles 'Feral' and 'Small Plastic Heart', is available to stream now via Spotify.

Merging lead singer Katy Sargent's powerful vocals with indie staples and a diverse range of electronic influences, Swimming Static represents a real return to form, and is expected to become the project that finally catapults the trio into the British mainstream.

Speaking ahead of its release, the band said: “Swimming Static is an album born of freeform musical expression, shaped by overcoming challenges and fortified by the severity of focus bestowed upon it.

“The album explores our disposition towards nostalgia and reflection. The fallibility and changeability of history, myth and memory.

“Within the tracks we learnt to apprehend and appreciate the turmoils of the present by looking elsewhere but all the time striving to pledge ourselves to the moment.”

Pre-COVID, the band sold out shows across the UK, Europe and North America, playing iconic stages like London's Roundhouse, The Fillmore in San Francisco and New York's Bowery Ballroom.

Initially due to embark on a short UK tour in March before the UK went back into lockdown, Elder Island are now expected to be back on the road later this year.