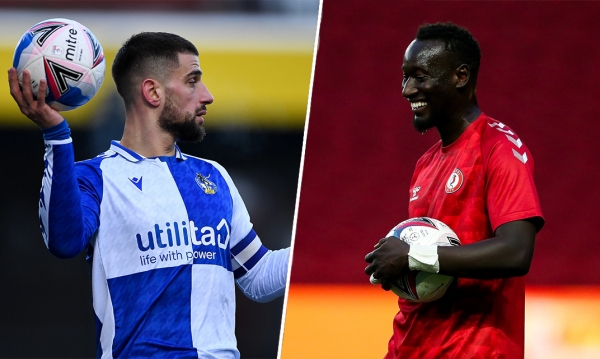 The world's oldest football association competition is back this weekend, with teams across England's top four leagues ready to compete in the FA Cup Third Round.

Both Bristol Rovers and Bristol City have been drawn at home, welcoming Sheffield United and Portsmouth respectively as they look to progress to the next stage of the competition.

Both fixtures, Rovers' match kicking off at 15:00 on Saturday 9 January and City's at 13:30 the following day, will be available to stream live via the official FA Cup streaming service, The FA Player.

Here is your official #EmiratesFACup third round draw ???? pic.twitter.com/S8dqqnTi7V

Despite struggling for form in League One this season, Rovers will fancy themselves against the Premier League's bottom side Sheffield United, who have picked up just two points from 17 domestic games so far in 2020/21.

New loan signing Joe Day could make his first appearance for The Gas in goal, while winger Sam Nicholson will be hoping for a repeat of his strong performance against Blackpool last weekend that saw him register a goal and an assist.

City, meanwhile, are expected to field a weakened side when they face Portsmouth at Ashton Gate Stadium, after reports of a possible COVID-19 outbreak within the first-team squad led to the postponement of their last league fixture.

Dean Holden's side will, however, see their League One opposition as a decent opportunity to progress into the Fourth Round, aiming to go one better in the competition than they did in 2019/20.

Both matches will be available to stream for free via The FA Player service. For more information, or to follow updates, follow Bristol City and Bristol Rovers on Twitter.