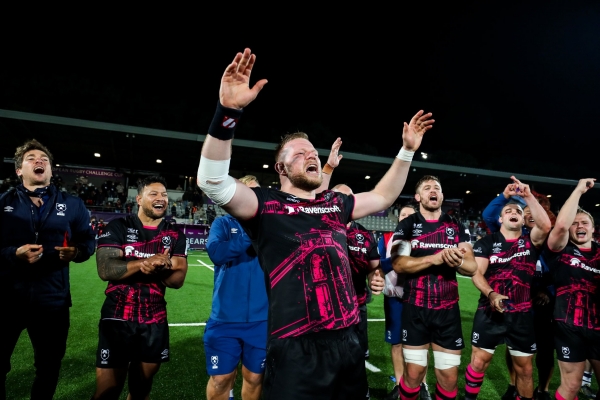 Catch all the action this weekend as the Bears get their 2020/21 Champions Cup campaign underway.

Bristol Bears are preparing to kick off their Heineken Champions Cup campaign this weekend, set to welcome French side Clermont Auvergne to Ashton Gate Stadium on Saturday 12 December.

The Bears will be making only their third appearance in European Rugby's top competition following their impressive third-place finish in last season's Gallagher Premiership.

This weekend's fixture is also the club's first European fixture since their historic Challenge Cup win back in October, where they saw off Bordeaux-Begles to lift the trophy for the first time.

Pat Lam's players will be looking to put down a marker against Clermont, a side that regularly make it to the knockout stages of the competition.

Domestically, the Bears currently sit third in the Gallagher Premiership, having won two of their opening three fixtures. They'll need to improve this weekend after a less-than-convincing performance against bottom side Northampton last time out.

Clermont have also had a decent start to their season, sitting sixth in the Top 14 having won six of their opening nine games. They do, however, have two games in hand on current leaders La Rochelle.

Both sides will be hoping that all of their players currently away on international duty will return fully fit and available for the weekend.

The match, the first-ever meeting between the two sides, kicks off at 13:00 on Saturday 12 December and will be shown live on BT Sport.

For more information, or to browse a full list of 2020/21 fixtures, head to the Bristol Bears website.

Adam is VP of Sports and Societies at the University of The West of England and will be focusing his writing on the student population of Bristol. From what's on through to events and student life. He has also been working with us as part of the UWE Internship programme.