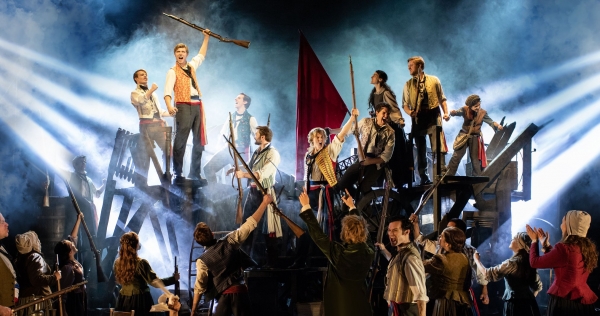 Les Misérables at the Bristol Hippodrome rescheduled to 2021

The show's Bristol run has finally been rescheduled after initial dates were postponed due to the coronavirus crisis.

The Bristol Hippodrome team have released revised dates for the arrival of award-winning musical Les Misérables, with the production now set to be shown at the city's premier theatre venue from 17 May - 5 June 2021.

Initially scheduled for April & May of this year, the theatre was forced to postpone the show due to the coronavirus outbreak and subsequent closure of the venue.

Tickets for Les Misérables at the Bristol Hippodrome in 2021 are on sale now and can be found here.

Based on the 1862 novel by Victor Hugo, the story of Les Misérables follows the life of French peasant Jean Valjean and his desire for redemption.

Adapted for the stage and screen countless times, the upcoming production of Les Misérables is the brainchild of renowned theatrical producer Cameron Mackintosh.

Seen by over 120 million people worldwide in 45 countries and in 22 languages to date, Les Misérables is undisputedly one of the world’s most popular musicals.

The show will arrive in Bristol next year as one of the Hippodrome's standout shows of 2021, eagerly-awaited by theatre fans across the city and beyond.

Tickets for Les Misérables, showing at the Bristol Hippodrome from 17 May - 5 June 2021, are on sale now and can be found here.

Tickets purchased for the original 2020 dates will be carried over to 2021 - get in touch with the Hippodrome team via email for more information.