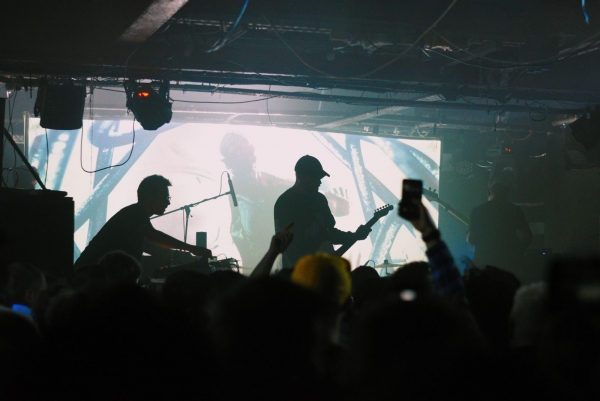 'Deadlock' is the band's first release on the esteemed, fabric-owned imprint.

Revered Bristol outfit Scalping have announced their decision to sign with highly-regarded label Houndstooth, returning with the eagerly-awaited release of their brand-new single, 'Deadlock'.

Joining the likes of Special Request, Call Super and Aïsha Devi as well as Bristol's own Hodge on the label, Scalping are set to follow this week's release with more new material in 2021.

More locally, Scalping have been carving out a solid reputation for themselves across Bristol in recent years, garnering widespread acclaim with their energetic live shows and the release of hard-hitting track 'Chamber' in 2019.

Listen to their brand-new single 'Deadlock' via Spotify or watch the official video below.

The uncompromising 'Deadlock' has been a feature of Scalping's live performances for some time, but with the band still unable to take the stage amid the ongoing coronavirus crisis, it's finally been given the green-light as a statement release for a band on the rise.

Initially formed in late 2017, the four-piece combine innovative, off-kilter dance music with organic instrumentation that would be considered more at home in noise-rock and post-punk.

In a short time they've received recognition on radio, across the music press and through word of mouth, spread by those who have attended their see-it-to-believe-it live shows.

Had a chat about why we are the way that we are, have a read https://t.co/4MHMsJrcfA

Speaking on the release of their latest track, the band said: "Deadlock has been in our live set for over a year now and it's always a highlight; it's fierce, relentless and gets a great reaction whenever we play it.

"The first versions of this song were based around a one bar synth loop that ran for the duration, it gave us a lot of space to improvise and play with the dynamics and structure live, to push and pull off both each other and the crowd.

"With us not being able to play it live for the foreseeable it felt like the perfect time to record a definitive version of the song."

With more music on the way next year, we firmly recommend keeping an eye on Scalping in the coming weeks and months, taking up a position as one of the most exciting bands emerging out of Bristol right now.

For now, listen to 'Deadlock' on Spotify.