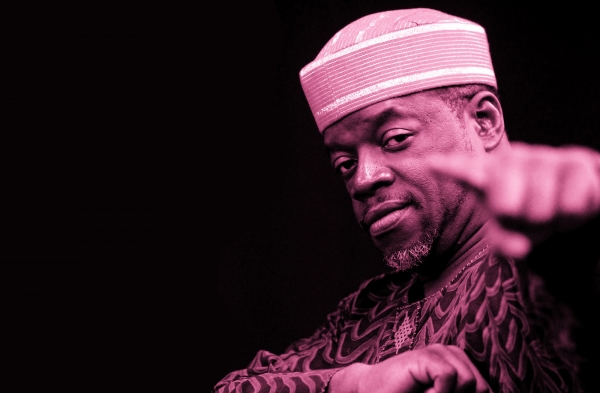 Combining traditional African percussion with jazz-inspired solos and trademark vocals, the Dele Sosimi Quartet personify the joy and vibrancy of music, having performed together in front of eager audiences across the globe.

Tickets are likely to sell out well in advance, so act fast and get yours here.

Wow!!! It’s sold it out already, so we have another sitting ready to go on sale now! This one will be 4-7pm with tickets available as tables of five, tables of four ( x 2 - stage front) and 3 ( x 1 stage front), available now! Link is in our bio! Move quick.... #wormdiscoclub #delesosimi #erraticbatting #strangebrewbristol #livemusic #sundayfunday

Having toured extensively alongside the iconic Fela Kuti during the 1970s and 80s, Dele Sosimi has carved out a stellar reputation for himself both within the Afrobeat community and among artists and music lovers worldwide.

The multi-award-winning multi-instrumentalist has been flying the flag for Afrobeat in the UK since 1995, and his gripping live performances perfectly showcase his vision of the genre, faithful to its roots but laced with his own musical DNA.

A first live event in more than six months is the latest bit of positive news to come from Worm Disco Club, who recently celebrated the launch of their record label, Worm Discs, with a Bristol Jazz compilation featuring some of the city's most exciting emerging artists.

Listen to New Horizons: A Bristol Jazz Sound and buy a physical or digital copy here.

The first album is a compilation of new music from some of Bristol’s best bands @waldosgift @RunLoganRunUK , Snazzback and @IshmaelEnsemble + more. Head here for sounds and info: https://t.co/ukvSYG9QVH pic.twitter.com/OmNAWkSuUU

Working alongside the Strange Brew team, organisers have taken every step to ensure the event will be as safe as possible, and minimising risk to audience members, performers and venue staff.

Tickets will be sold in tables of up to five people, and seating will be socially-distanced in line with current government guidelines.

Find out more or get your hands on one of few remaining tables for the Dele Sosimi Quartet live at Strange Brew via Headfirst.