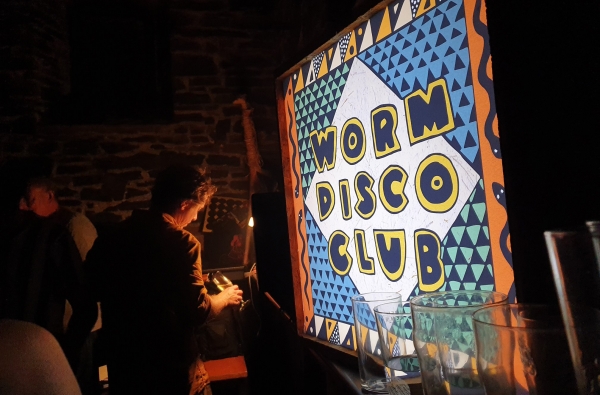 The popular Bristol collective's first release is on the way in September.

Renowned promoters Worm Disco Club are finally celebrating the launch of their record label, Worm Discs, months after the original launch was disrupted by the coronavirus outbreak.

Announcing the news on Instagram, the WDC team confirmed a 4 September release date for the label's first-ever project, set to feature an array of Bristol talent including Waldo's Gift, Run Logan Run and Snazzback.

...AND HERE IT IS! WORM DISCO CLUB HAVE A RECORD LABEL. New Horizons: A Bristol ‘Jazz’ Sound is released worldwide on Sept 4th. Capturing a period in time and a group of artists we feel proud to represent, our first ever release is a collaborative compilation album of brand new recordings. A Bristol project through and through, this is both the product of five hard years work leading up to its conception, and 9 long months since. Shouts to @waldosgift @snazzback @run_logan_run @ishmaelensemble @canyon.sound @frankthecarvery @k7records and @dont4getthesun and super big respect going out to the absolute dude @patch_d_keyes for putting up with us and creating what we’re sure you’ll agree, is an absolute ???????????? front cover. @clashmagazine have got an exclusive of the first track from the album, an Ishmael Ensemble remix of Snazzback’s ‘Flump’. Follow the link in our bio for the article with the audio and more info on the album. Biggups all you people who have shown us love and support over the last six years. This one means a lot to us so do us proud! ???????????? ~WDC xx #wormdiscs #wormdiscoclub #abristoljazzsound #waldosgift #snazzback #runloganrun #ishmaelensemble #frankcarvery #canyonsound #bristolmusic #thegallimaufrybristol #bristol

The label was initially due to be launched with a party at Fiddlers as part of the 2020 Bristol International Jazz & Blues Festival, but the event was postponed along with the festival itself as a result of the introduction of the lockdown.

Now, almost four months later, Worm Disco Club have officially launched their label, with a compilation on the way featuring some of the most exciting artists on Bristol's burgeoning jazz scene.

As well as fast-rising improv outfit Waldo's Gift, New Horizons is set to feature input from the likes of Run Logan Run, Snazzback and Ishmael Ensemble. The first track from the project, an upbeat Ishmael Ensemble rework of Snazzback's 'Flump', premiered on Clash Magazine this week.

@WormDiscoClub are starting a record label!! First release features us with @waldosgift @IshmaelEnsemble and first track that has been premiered by @ClashMagazine today by Snazzback! Preorder here: https://t.co/FDgW05SsRU

Back in February, we sat down with Worm Disco Club founder, Nathan Kydd, to discuss all things Bristol jazz as part of the second issue of LOUD Magazine, and to find out more about what was, at the time, the imminent launch of Worm Discs.

As part of an in-depth look into a wave of new and innovative jazz artists in Bristol, Nathan explained that the genre is more accessible than ever, and that artists across the city are doing things differently to generations of musicians before them.

“The people who play jazz in more classical formats will never go away, but more and more people are starting to recognise that the genre has taken on new meaning,” he said.

“Jazz artists today are making music influenced by so many different sounds and styles, they’ve got a bit more freedom to express themselves, and they’ve got a looser understanding or perception of what jazz has to be.”

New Horizons is due for release on Worm Discs on 4 September. For more information on Worm Disco Club, or to follow news and updates on future releases, head to their Facebook page.