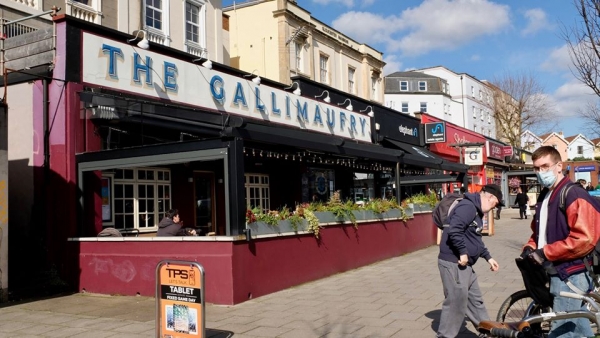 The Gallimaufry to reopen

The popular Gloucester Road bar and venue is finally reopening next week following a busy period in lockdown.

The Gallimaufry has confirmed it'll reopen its doors next week, welcoming customers from 11:00 on Wednesday 15 July, after a three-month closure.

Revealing the news across their social media channels, the bar team explained that they considered opening on 4 July after pubs and bars got the go-ahead from the government, but decided to hold off.

From 15 July, you can book a table for a group of up to six people at The Gallimaufry, with the launch of all-new lunch and dinner menus.

The Gallimaufry's popular roast dinners aren't expected to return until some time in September, but for now, you can browse the new menus on Instagram.

Not just a much-loved local bar, The Gallimaufry has become a key component of Bristol's thriving live jazz scene in recent years.

Emerging as a hugely popular venue, the team pack an exciting musical schedule with leading local acts and artists.

Before the lockdown, their focus on nurturing emerging artists allowed acts like Snazzback and Waldo's Gift to try out new things on stage, and to discover their musical identities; performing on a regular basis in front of a growing crowd. Find out more here.

The Gallimaufry team have been busy throughout the lockdown, assisting the Bristol Food Union in preparing and delivering food parcels to vulnerable people and key workers across the city as part of the #FeedTheFrontline campaign.

Hospitality manifesto ?????
An open letter on behalf of Bristol’s food and hospitality industry in response to the COVID-19 crisis: https://t.co/RIq1Sbbjxk
????: @dont4getthesun pic.twitter.com/qQRUn8pDUy

The bar's musical programme also made a comeback in May, as esteemed local acts including Lewis Creaven, Waldo's Gift and Manami performed as part of a series of live streamed gigs on Facebook.

In their reopening announcement, The Gallimaufry asked locals to be mindful of staff and new guidelines when returning to the bar, to maximise safety for everyone.

"We do what we do because we've a passion for people, food, drink and music - none of us are experts on disease control."