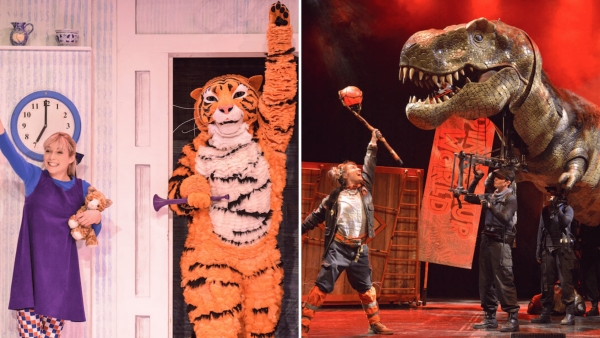 A new wave of family shows join the Live from the Drive-In lineup at Filton Airfield.

Horrible Histories, Dinosaur World Live and Dick & Dom have been added to the lineup for Live from the Drive-In concert series, set to be staged at the former Airfield in Filton this summer.


Tickets are on sale now. Get yours here.

In response to the ongoing coronavirus outbreak, Live Nation has unveiled a series of drive-in concerts which will tour the UK this summer.

Live from the Drive-In will see some of the biggest names in UK music perform with full concert production at socially-distanced events.

The drive-in series will have space to host around 300 cars at each event. Attendees will be allocated a designated area to park, with space next to their vehicle to sit, stand and dance. 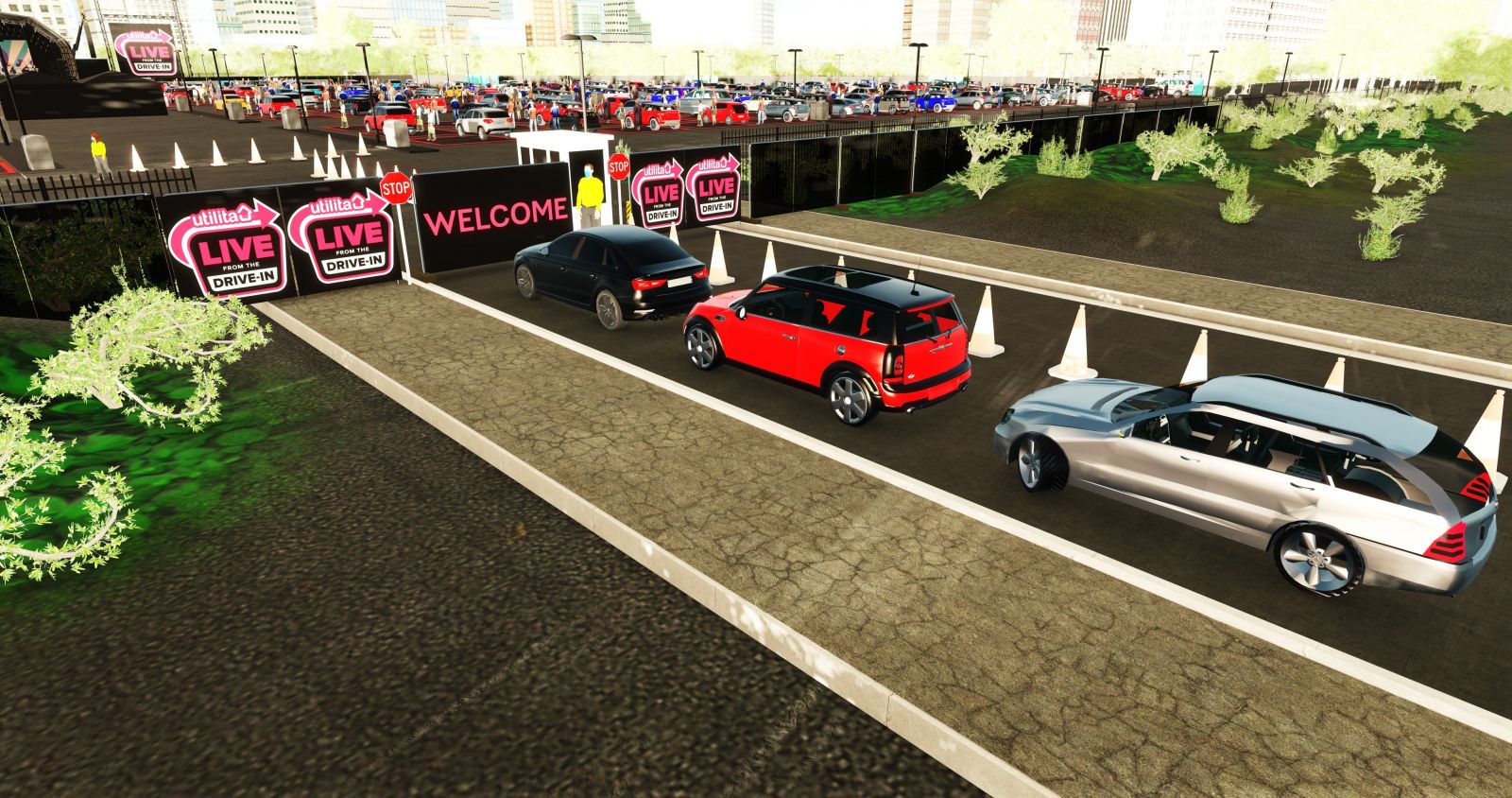 In Bristol, the series will run from the end of July until the end of September at the former Airfield in Filton, with up to six live events per week. Events range from gigs to West End theatre.

Now a new wave of family-friendly shows have been revealed, including stage versions of Horrible Histories' 'Barmy Britain' and children's book classic The Tiger Who Came To Tea.

Here's a full list of family-friendly shows coming to Bristol's Live From the Drive-In series this summer and what to expect.

Exploding dustbins, combusting microwaves and all the experiments you‘re not allowed to do at home: get ready for an outrageous live science show.


Based on the TV show, Brainiac Live sees presenters delve fearlessly into the mysteries of science for an hour of mischief and science calamity. The show is suitable for ages 6+. Buy tickets here. 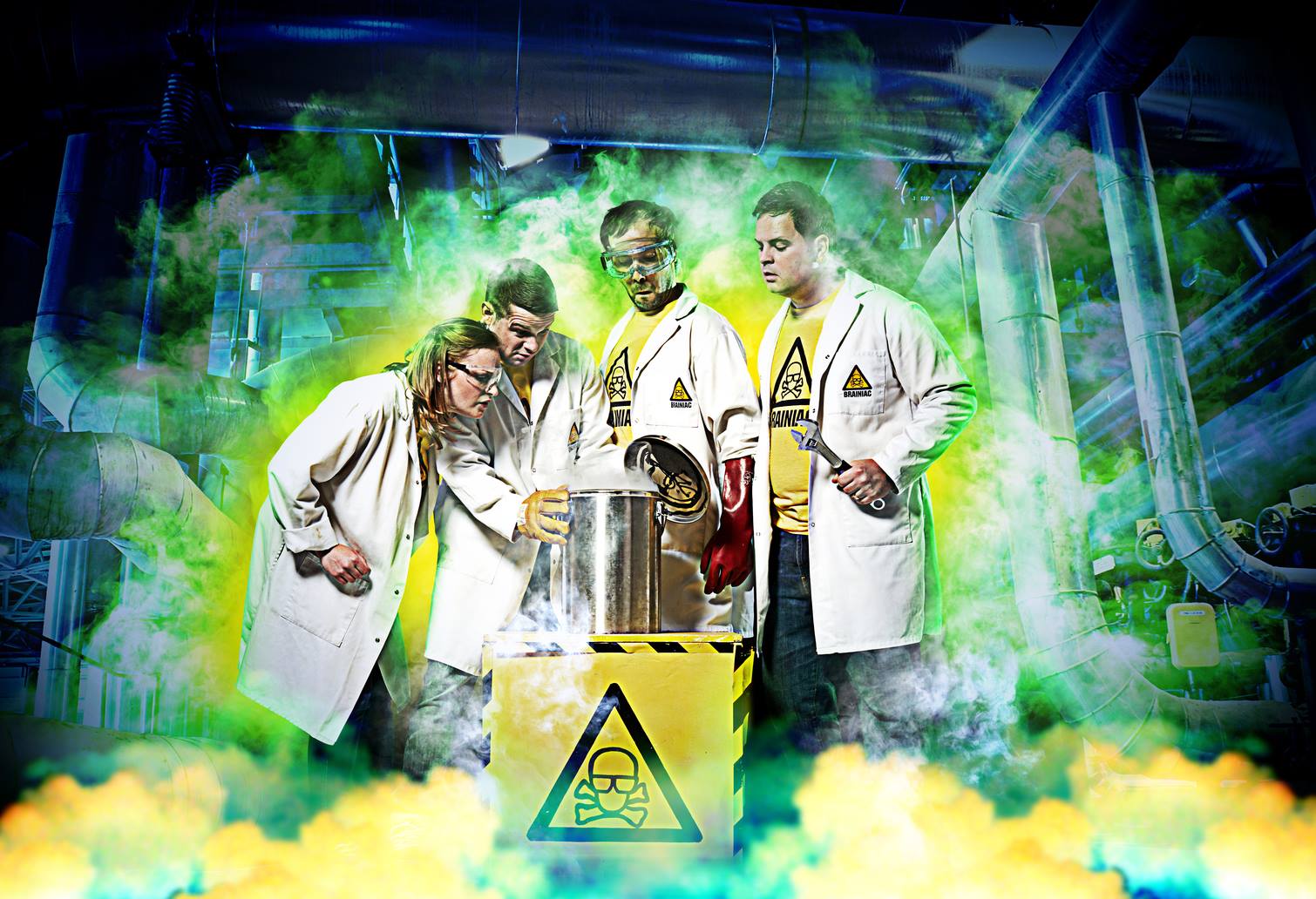 History with the nasty bits left in: uncover the rude rulers from Britain’s barmy past with Horrible Histories, live on stage.


Based on the best-selling books by Terry Deary, Horrible Histories - Live on Stage has been performed to over three million people in the UK. The show is suitable for ages 5+. Buy tickets here.


For over 20 years, Dick & Dom have been causing mayham with their TV programmes, live shows and more recently, their podcast 'Cash From Chaos’. 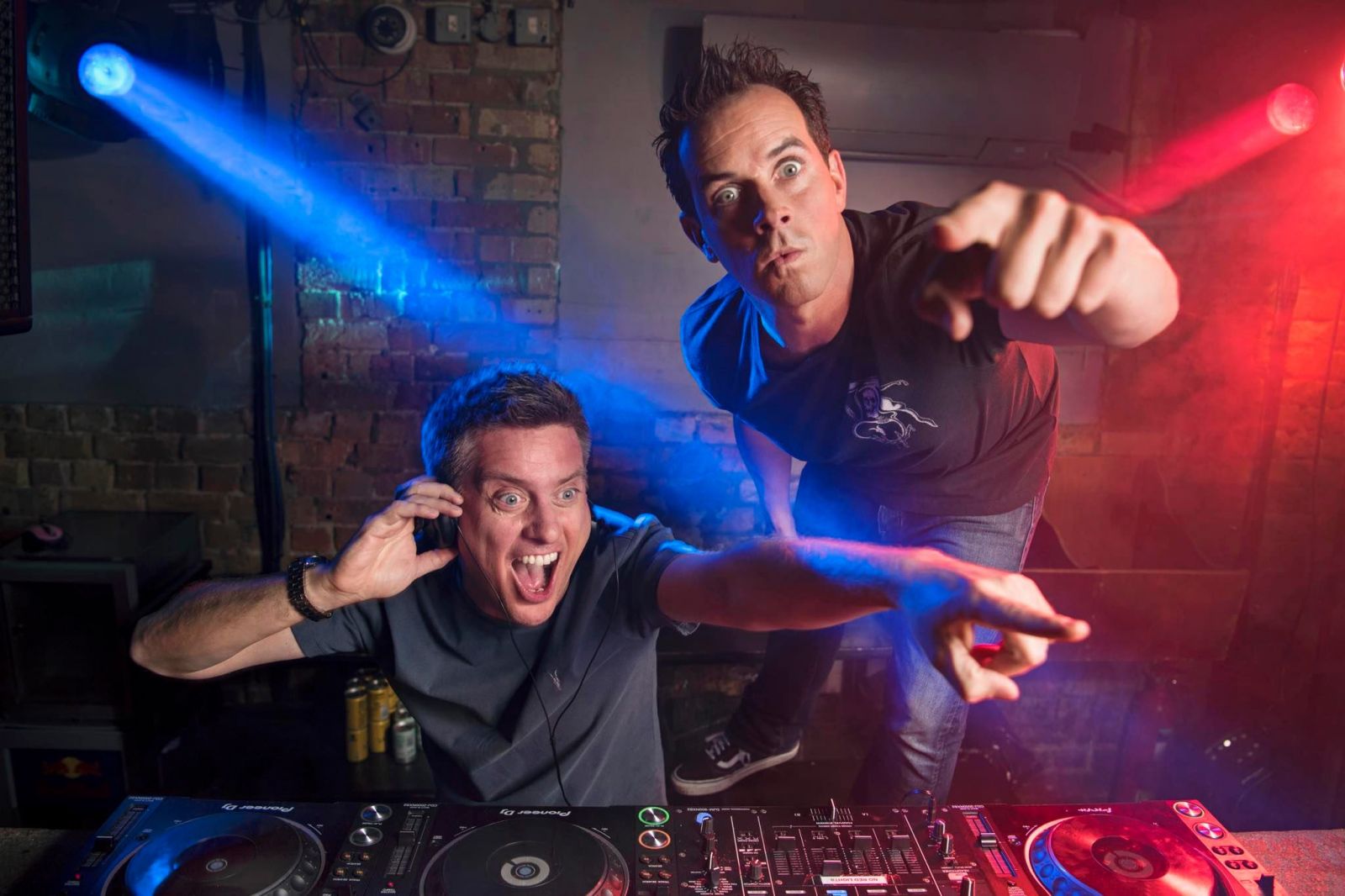 
Dare to experience the dangers and delights of Dinosaur World Live in this interactive family show.


The show introduces Miranda, the daughter of palaeontologists, who grew up surrounded by dinosaurs. She'd love you to meet her pre-historic pals. The show is suitable for ages 3+. Buy tickets here. 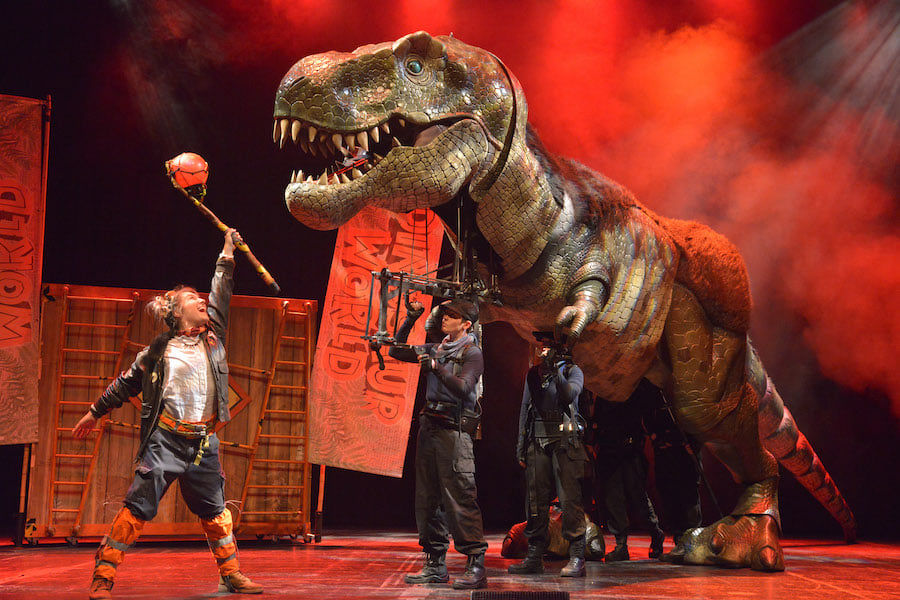 The Tiger Who Came To Tea

Based on the best-loved picture book, The Tiger Who Came To Tea - Live, is a West End smash hit.

As Sophie and her mummy sit down for tea, the doorbell rings. Who could it possibly be? It's a big, stripy tiger!

Join the tea-guzzling tiger in this delightful family show, packed with oodles of magic, sing-along songs and clumsy chaos. The show is suitable for ages 3+. Buy tickets here. 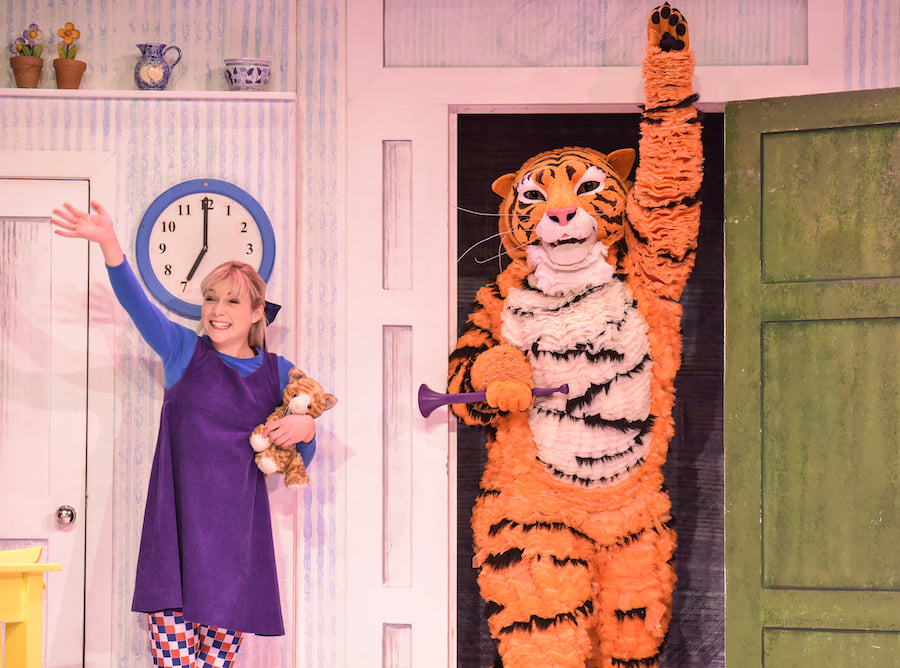 Divorced, beheaded and died? It’s time to forget that narrative.

From Tudor Queens to pop princesses, Six the Musical sees each ex-spouse take to mic in the form of a pop concert in a vibrant West End musical.

Together, the Queens remix five hundred years of historical heartbreak into a celebration of girl power and survival. The show is suitable for ages 10+. Buy tickets here. 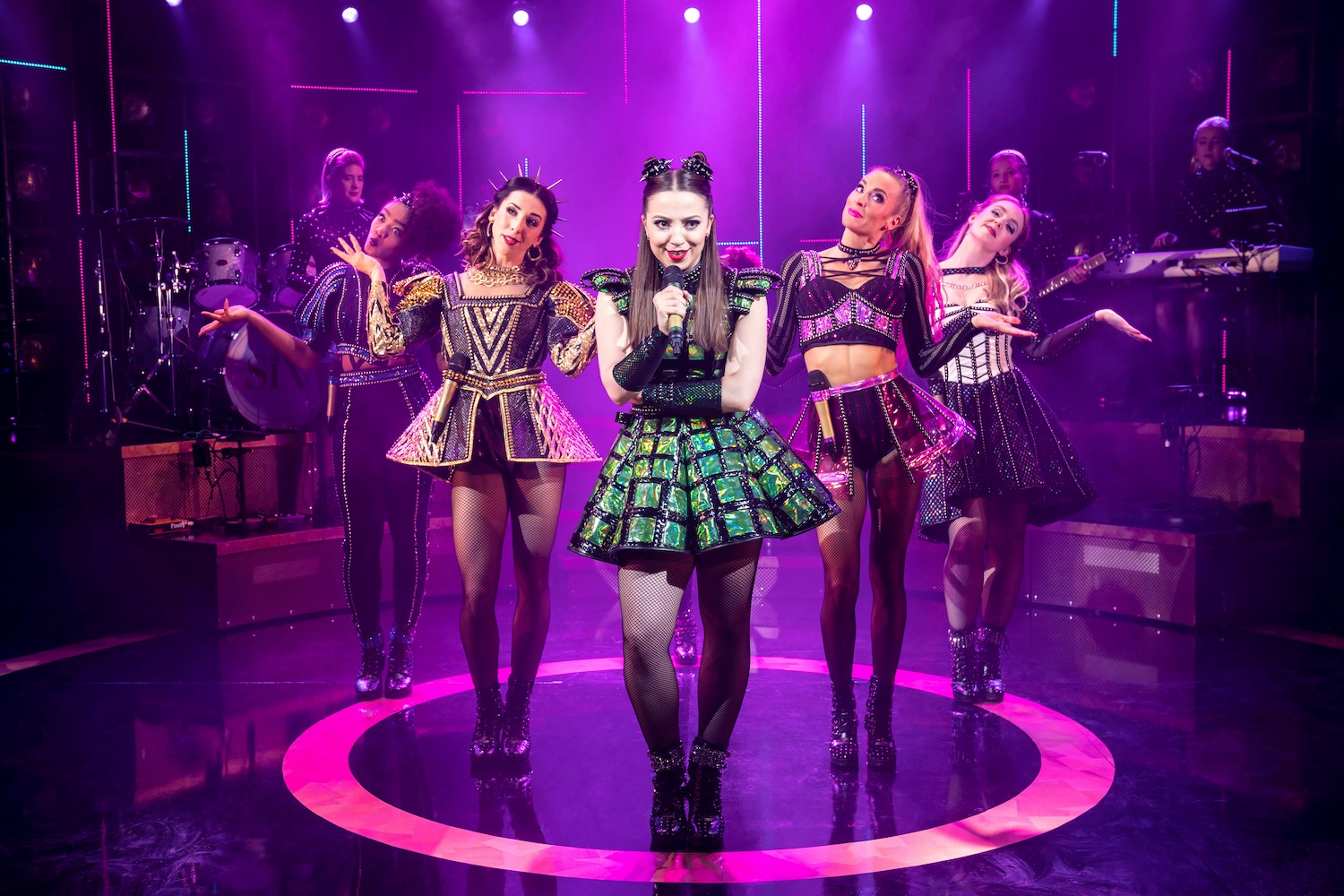 Tickets for family shows at Bristol's Live from the Drive-In concert are on sale now. Get yours here.