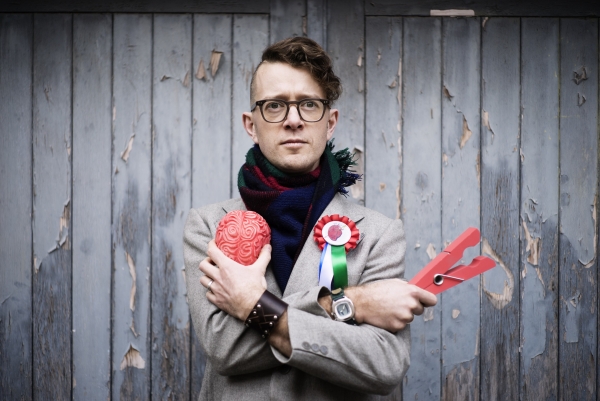 Performer, filmmaker and facilitator Caleb Parkin has been announced as the new City Poet for Bristol, following in the footsteps of Vanessa Kisuule and Miles Chambers.

The role is a collaboration between Bristol City Office and Bristol Cultural Development Partnership, the organisation behind the Festival of Ideas series.

Over the next two years, Parkin will produce 10 poems, and work to engage local communities and young people with poetry, starting in October.


The role is designed to "tap into public opinion" and the City Poet can "reflect on what makes the city tick:"

"What they convey through their poetry and creative writing can provide important insights onto contemporary events and feelings, not all of which may make for comfortable reading."

Hold on tight, #Bristol - from October, I'll be your City Poet :-) @Vanessa_Kisuule has done an amazing job & set the bar very high.

I hope to *listen a lot*, celebrate what's *gorgeous* about our city & ask lots of *cheeky questions*.

Parkin's work, most of which explores inclusive environmentalism, culture and heritage, wellbeing and LGBTQ+ pride, has been published widely.

He has completed formal commissions for the Green Party and The Guardian, and has worked extensively with Bristol Museums Service as well as We The Curious and Knowle West Media Centre.

Speaking about taking up the role, Parkin said he is "flabbergasted, fizzy and delighted."

"Vanessa Kisuule has done a magnificent job over the last couple of years, with poems which celebrate, commemorate and challenge - and I'm honoured to be inheriting the post from her.

"We're living through a period of great uncertainty. As a writing for wellbeing practitioner, I know that poetry has a role to play in comforting those in need. It can also challenge us to imagine different futures and ask useful questions about our city.

"I hope to write delicious poems for the people of Bristol, which embrace the city's playful spirit - and to create spaces which give voice to our kaleidoscope of experiences." 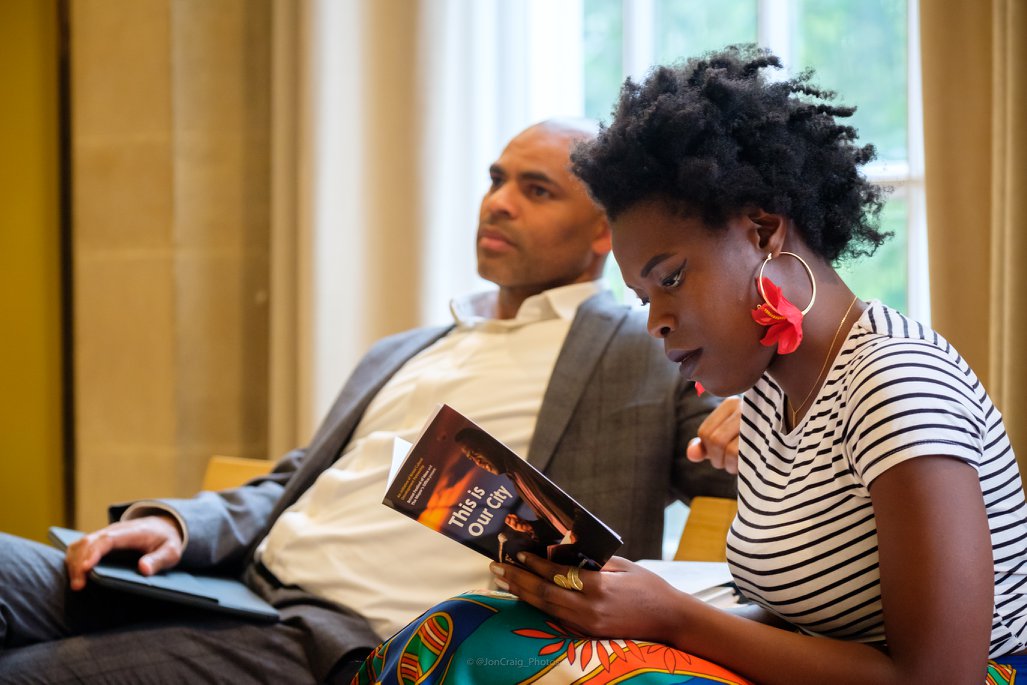 Parkin will be the third City Poet, an initiative first started by mayor Marvin Rees.

"I'm excited to see in what direction Caleb will take the third incarnation of the Bristol City Poet role, building on the strong foundations set by current City Poet Vanessa Kisuule," the Mayor said.

"I have been impressed by the energy Vanessa has brought to the role and her willingness to challenge the city in her poetry.

"With his background in performance and education I am confident Caleb will approach the balancing act of accessibility and engagement which this role strongly demands with passion and creativity."


As City Poet, Vanessa Kisuule has written and performed poems for a wide range of organisations and occasions, including two State of the City lectures.

One of Vanessa's recent works discusses the falling of the Edward Colston statue. Watch:

I've never been prouder to be Bristol City Poet & to offer a poem to my adopted city than I am today. This piece is called Hollow and I hope you like it. I've captioned it and everything!