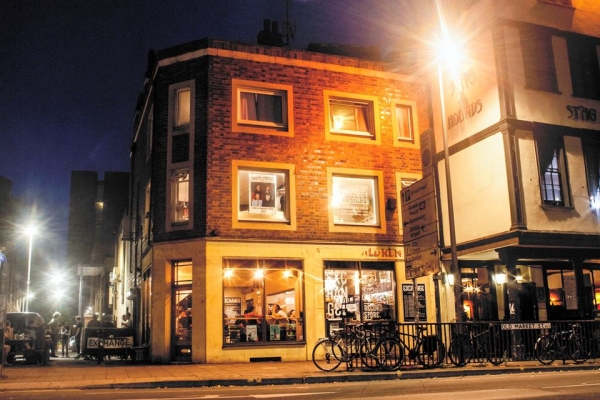 Trinity Centre, The Exchange and The Fleece are among the 560 signees from across the country.

Several Bristol music venues have signed an open letter to the UK government urging them to safeguard hundreds of at-risk events spaces.

Organised by the Music Venue Trust, who last week warned the UK was facing a loss of up to 90% of its grassroots music venues, the letter has been signed by 560 venue owners across the UK whose futures hang in the balance as a result of COVID-19.

Made public yesterday (Tuesday 23 June), the letter highlights the need for an immediate £50 million financial support package and a reduction of VAT on future ticket sales, to help venues deal with the impact of a total loss of revenue in the past few months.

"Last year there were more than 175,000 events in our venues that gave people the experiences they love and the artists the opportunities they need," the letter reads.

"Since 20 March there have been no events. This is because our sector has complied with Public Health guidance. We did the right thing.

"We closed to protect our communities. We engaged with the government task force and we explored every option available to reopen safely and bring live music back.

"We understand that in order to protect the public, it should not be done until the health guidance changes and we also know that trying to do it is economic folly which would be financially ruinous; not just for us but for our entire sector.”

The letter argues that a financial support package would "prevent the closure of hundreds of grassroots of grassroots music venues", and that the sector is not asking to become a "permanently subsidised drain on the public purse."

The open letter is the latest push from the Music Venue Trust to protect venues from the fallout of the COVID-19 crisis.

The Trust's #SaveOurVenues campaign, launched back in April, aimed to raise funds to protect an estimated 556 venues at imminent risk of closure at the time.

Since then, several Bristol venues including The Old England, The Lousiana and The Mother's Ruin have joined the #SaveOurVenues campaign, launching their own crowdfunders and appeals to the public.

With The Bristol Fringe, Crofters Rights, The Exchange, The Loco Klub, The Louisiana, The Mother's Ruin, The Old England, Trinity Centre and The Fleece all among the signees on the Music Venue Trust's letter to the government, it's clear the Bristol music scene is facing an uncertain future.

For news and updates on campaigns or to find out more about how you can support your local music scene, follow the Music Venue Trust on Facebook and Twitter.

Alternatively, you can get in touch with your local MP here and voice your concerns for grassroots music in the UK.