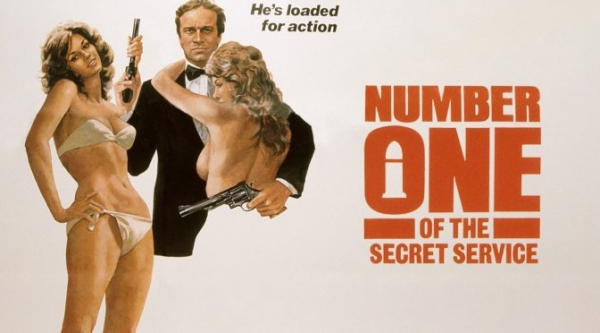 It's one of the most popular film series' of all time, but the Bristol Bad Film Club are shunning James Bond in April in favour of a lesser-known member of the secret service...

The 007 series is getting its 25th release this year, with No Time To Die on the way in April. Main protagonist James Bond is arguably the world's most famous film character, but the Bristol Bad Film Club reckon his colleague Charles Bind needs his share of the limelight.

Showing at the Bristol Improv Theatre on Thursday 16th April, No.1 of the Secret Service tells of No.1, a fearless, irresistible super-spy tasked with capturing a crazed killer and taking down an evil international organisation. Sound familiar?

Following in the footsteps of For Y'ur Height Only and Never Too Young To Die, No.1 of the Secret Service is one of the best-known Bond-sploitation films out there.

Starring Nicky Henson (Psychomania) as secret agent Charles Bind, the 1977 parody aims to throw as many gags and double-entendres at its audience as it possibly can, with (sometimes unintentionally) hilarious results.

With the James Bond franchise about to release its milestone 25th film, why not celebrate the little guy for once and get yourself to an exclusive screening of Charles Bind's first and only big-screen outing.

Tickets for the Bristol Bad Film Club's screening of No.1 of the Secret Service on Thursday 16 April are on sale now and can be found here. For more information or to see what else is coming up with the BBFC in 2020, head to their website.