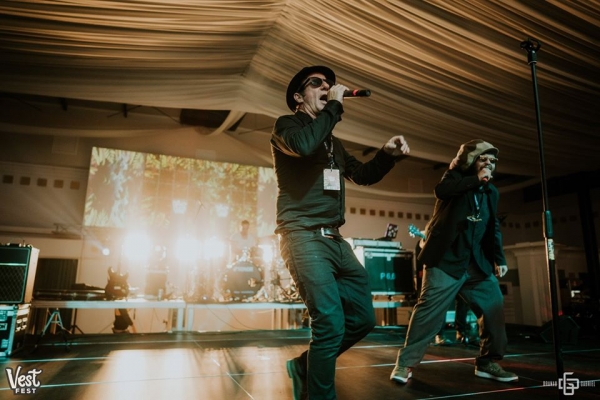 Dub Pistols will return to Bristol this Spring

Loaded with new material, the pair are headed out on a brand-new U.K. tour this Spring and will be stopping off at The Fleece on Friday 3 April 2020.

Since their debut album in 1998, the last two decades have seen storming shows, hundreds of festivals and now, a brand-new album due.

Due for release this autumn (via Sunday Best), Addict will be the eighth Dub Pistols album.

But before the crew set off on another summer of festivals (they’ll be hitting up Austria, New Zealand and Romania this year), Dub Pistols will be heading out on an extensive U.K. tour.

On their South West leg of the tour, they'll be stopping off at legendary Bristol music venue, The Fleece, on Friday 3 April 2020.

Tickets are on sale now, costing £15 each. Get yours here.