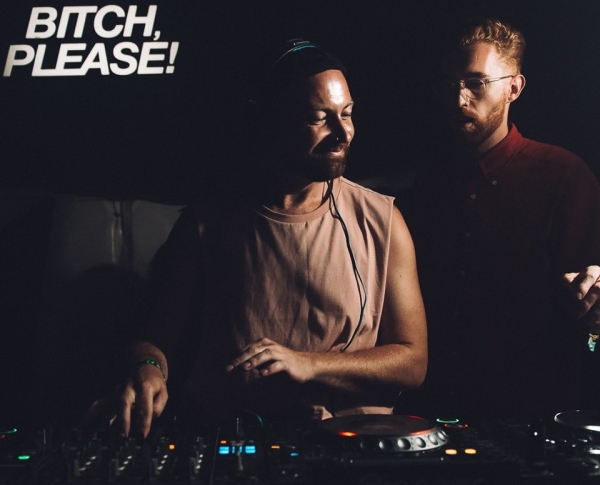 'We're reclaiming our space on the dancefloor' | In conversation with Bitch, Please!

Now a permanent fixture in Bristol’s summer calendar, Bitch, Please! has, in a short time, become one of the city’s best-loved promoters. The team’s core ethos remains the same as it was when they started out just three years ago: provide genuinely safe and inclusive spaces for everyone to party and have a fucking good time doing it.

Given the calibre of the lineups Bitch, Please! put together in Bristol, you’d be forgiven for thinking they’re a party promoter first and a pillar of the local LGBTQ+ scene second. The reality is that they’ve struck a perfect balance between the two, running some of the very best events the city has seen in recent years while also maintaining an unwavering focus on inclusivity, safety against discrimination and making sure everyone - regardless of identity, race, gender or sexual orientation - is welcome. 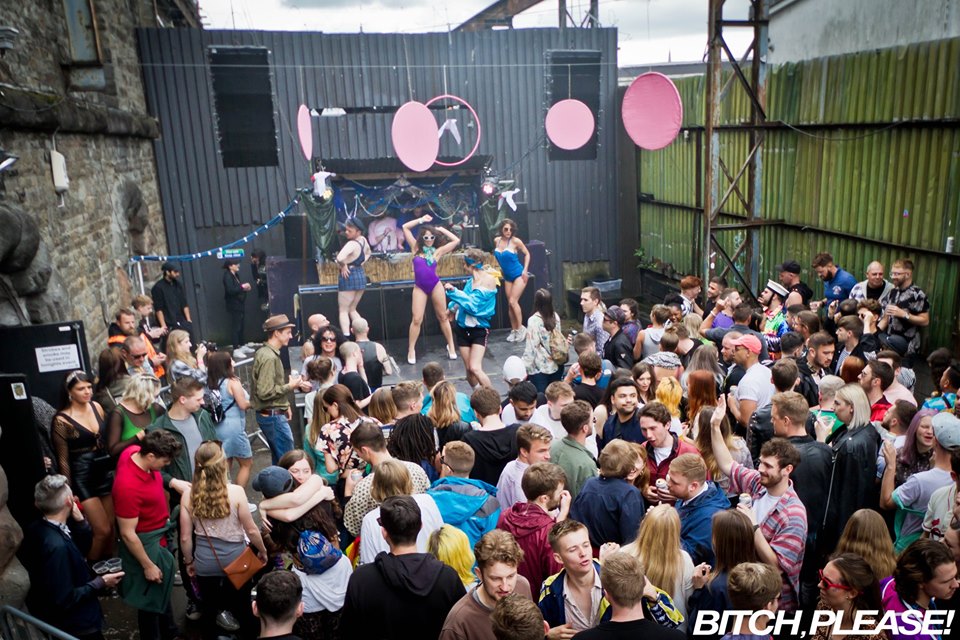 Bitch, Please! have hosted some of Bristol's biggest summer parties since starting up in 2016.

The label’s Lock Yard takeover, their final Bristol party of the summer, is a relatively low-key affair compared to some of the events they’ve hosted over the last 12 months but still has that unmistakable Bitch, Please! flavour courtesy of Find Your Own Records head Ceri, 1020 resident Aphelion and Bitch, Please! bosses/in-house party starters Liam Norris and Travis Derrick under their ZenZero alias.

“In a sense, Bitch, Please! became a bit of a ‘reclaiming our space on the dancefloor’ kind of thing,” Liam says when we meet at Motion. “When I was first involved in the gay scene dance music ruled the main rooms and the small rooms were normally the camp rooms. The scene was completely different, but then the recession hit, owners started selling up and moving on and gay bars had to start offering cheap bars, £1 drinks and that sort of thing to stay open.”

“It started drawing a straight crowd,” he continues, “and it became a bit of a show for some people, to have a laugh and go to a gay bar for that entertainment factor. From there, stereotypically ‘camp’ music was the only thing that got played, and house music just got phased out.” 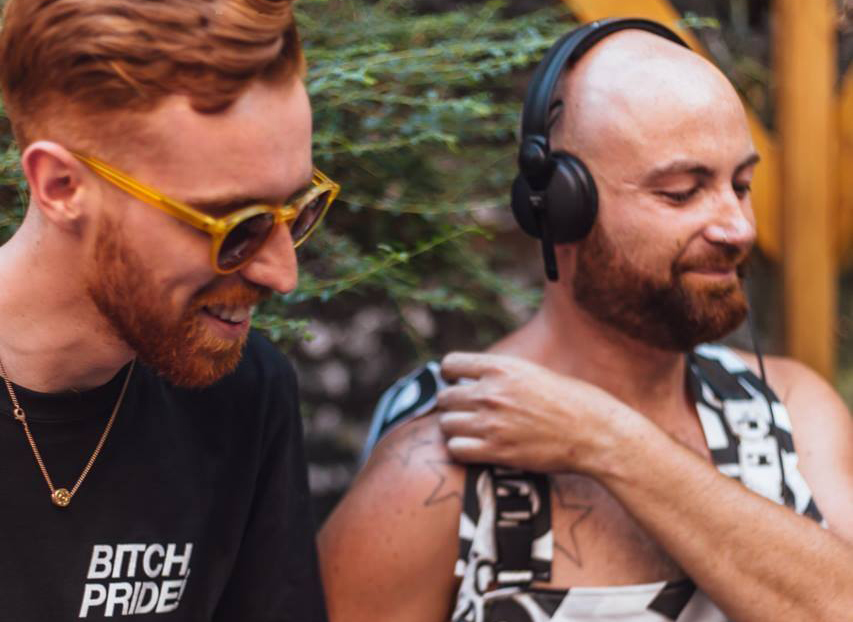 Bitch, Please! bosses Liam Norris (left) and Travis Derrick are residents for the brand, regularly playing under their ZenZero alias.

Having been drawn to dance music from an early age and to the classic Chicago House sound in particular, Liam says he never really felt comfortable with what the mainstream gay scene had become in Bristol. “I’ve always been one of those people to party at any venue whether it’s a straight venue, a gay venue or whatever because I want to see a certain DJ or a particular name on a lineup. So for me, I wasn’t prepared to live up to that kind of gay stereotype.”

It was that rejection of what the party landscape had become that pushed Liam, a DJ himself with a background as an artist liaison, to start running his own parties alongside friend and member of the Motion team, Travis Derrick, and bring dance music back to the forefront of the LGBTQ+ party scene.

From there, Bitch, Please! has gone from strength to strength, building a dedicated core crowd and attracting some huge names from across the electronic music spectrum to play their events, including The Black Madonna, Honey Dijon, Artwork, Derrick Carter, Octo Octa and Bambounou among others.

“We book a lot of gay DJs, but it’s not a case of ‘they have to be gay’,” Liam explains. “We naturally book a lot of female DJs, people of colour and trans people because we know them and we have a relationship with them. A lot of the time it feels like you’re booking your friend and it means you’re always in safe hands.”

The main criteria when it comes to bookings, though, is whether or not an artist can create the kind of atmosphere that Bitch, Please! has become synonymous with. Instead of getting too deep into the identity side of things or being selective because of who someone is (although it is still a factor in the decision making), Travis tells me they’re primarily looking for DJs who approach their craft in a certain way and can make an event memorable.

“We book people that we wanna go and see at a party. We see people play out and we’re like ‘these guys are great, we need to get them involved in what we’re doing’, and the amount of people who I’ve contacted for them to say ‘yeah I know about you guys’ is great – it shows that we’re running something that stands out and isn’t just another booking for the artist.”

"Bitch, Please! really has become a party that DJs come to thinking ‘I need to do something special for these guys’"

The careful planning and consideration of relationships with artists creates events and moments that you won’t experience at any other Bristol parties, with DJs known to meticulously plan their sets for Bitch, Please! events. Octo Octa played a huge rave set a last year’s Summer Party, Bambounou unexpectedly went down a house route earlier this year, and The Black Madonna spun some jungle and reggae when she headlined the label’s New Year’s Day party as part of the last in:Motion series.

The fact that Bitch, Please! has become more than the standard booking and a party that artists genuinely relish playing at is something that both Liam and Travis are understandably proud of.

“We don’t want people to come to our parties and just play a set they played last week,” Travis says. “It genuinely has become the sort of thing that makes artists think ‘this is something important to me, there’s a relationship there with these guys, so I should do something special’, and that’s invaluable when you’re running an event.” 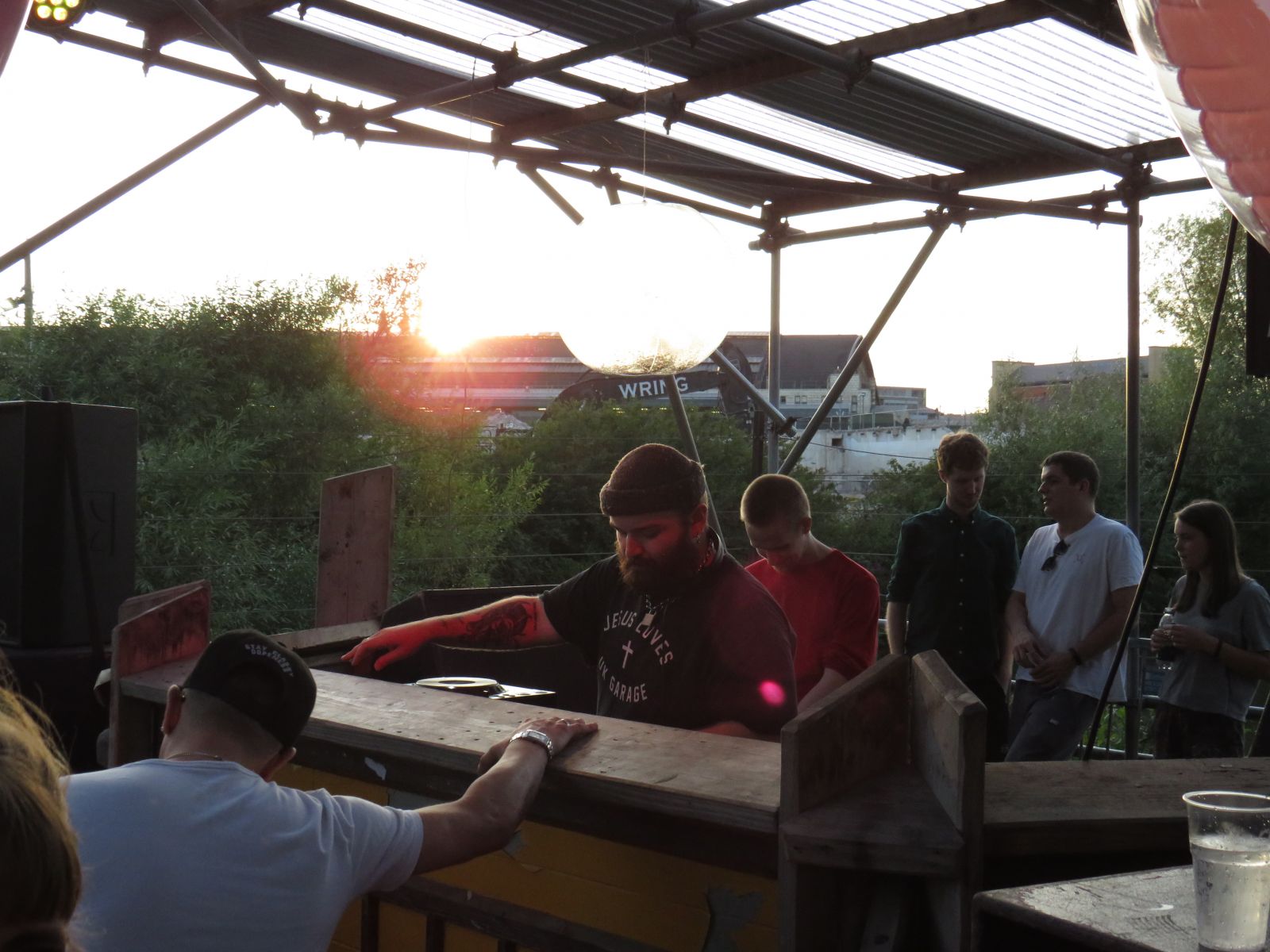 The Bitch, Please! Lock Yard takeover in September was their last day party of 2019, with London-based DJ Ceri, 1020 resident Aphelion (above) and Liam & Travis on the lineup.

The artists that Bitch Please work with, in a lot of cases, are at the top of their game and, of course, attract a straight crowd as well as the LGBTQ+ community. While that could, as has been the case with the LGBTQ+ scene in the past, threaten their ability to create spaces that are genuinely safe for everyone, Liam and Travis’ dedication to their ethos means that every measure is taken to protect their core crowd.

“We adopt a serious zero-tolerance policy at every venue we work with and offer proper training to staff on how to handle things like religion, sex, gender and everything to make sure people are safe,” Liam says. “We’re lucky enough to have such a good relationship with Motion that we’re able to be totally open and transparent with their security staff and say ‘look, this is gonna happen, you’re gonna see this, this and this’ and it's OK.”

As an LGBTQ+ party brand, the operation of Bitch, Please! is naturally more difficult than it is for its straight counterparts. We’ve all seen the rise of drag queens and vogue dancers at straight parties and festivals as they borrow from and appropriate the LGBTQ+ scene to draw bigger crowds.

“It makes our job as gay promoters even harder, fighting the struggle to build our presence in venues across the country just for a straight man to come in and do the same thing,” Liam says. “It’s a constant battle for promoters like us, and Little Gay Brother, and He.She.They, and Meat Free, but the competition and the necessity to keep innovating and being creative are huge motivators, and the adversity is what makes your team so special and allows your family to grow.”

That adversity is counteracted by Bristol’s enduring sense of community, too, and Liam and Travis both stress that the city’s musical network plays a huge part in their success. “Bristol is a place where you really can do anything you want to, and if you’re doing something that needs to be done then people will get behind you, they will turn up to your events, they will support you and they will give you opportunities” Liam explains.

“We’ve got a big team around us now. Everyone’s opinion matters and everyone has their input, and that’s what makes Bitch, Please! special. We’re driven, we’re running parties properly and we’re in it for the right reasons – that’s what makes us so good at what we do.”