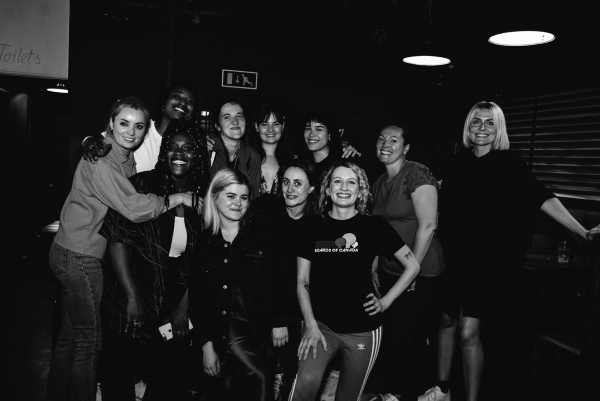 Mix Nights' Lizzy Ellis: 'The best is definitely yet to come'

Originally thought up by Bristol Women in Music – an all-female collective with backgrounds in all corners of the music business – back in 2016, Mix Nights was established with the aim of introducing more female DJs into electronic music, both locally in Bristol and further afield. What started out as a free-to-attend workshop has developed over the years into a professionally run course, led by a team of tutors and project managers with a wealth of business experience as well as production and DJing.

Lizzy Ellis, who was part of the original Bristol Women in Music team and currently works as a creative development manager at Saffron Records, is an integral part of the current Mix Nights setup and oversees each group of students as project manager. “The course has evolved so much in the last three years,” Lizzy explains. “What used to be a really informal, sort of ‘turn up and have a go on the decks’ type thing has become so much more structured as we’ve realised the demand for it.” 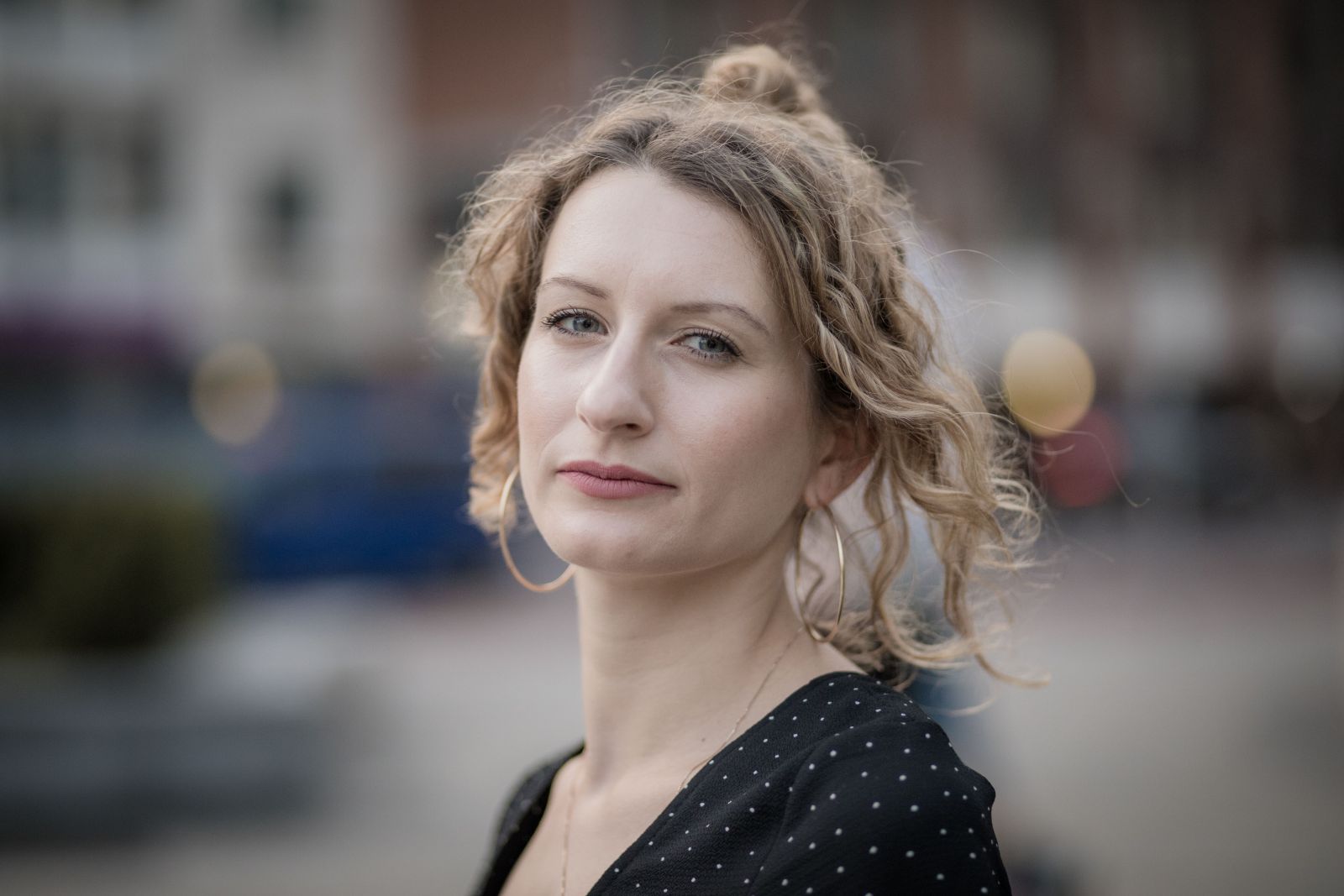 The demand is certainly there, too, with a few-hundred-strong waiting list and courses now running all year round, one after the other. What was initially a four-week class, then six, is now a fully-fledged eight-week course, with a Mix Nights showcase on the ninth week to allow the graduates to put what they’ve learnt to the test with a 30-minute set at The Love Inn.

Despite being just three years in, and with limited resources to actually run the course, Mix Nights has kickstarted a shift in the gender imbalance on Bristol lineups. Lizzy tells me she already sees a noticeably higher female presence at club nights across the city.

“When we had the initial discussion, we thought that a DJ course might be a good first step to try and make a change,” she says. “The best is definitely yet to come, but if you just look at lineups in Bristol at the moment, you can see more women are playing compared to even a year or two ago – so many of those DJs have come through our course.”

All it takes is a quick glance at Mix Nights’ graduates roster to see exactly what she’s talking about, with a huge range of now-established names having been involved with the project at some point or another. Motion resident and Love Inn booking co-ordinator Ellie Stokes, prolific selector and Booty Bass curator DJ Ngaio and Rinse FM regular Beth are just three examples of artists who have gone onto become household names in the city after completing the Mix Nights course.

“If you look at how some of the grads are doing so far, it’s been amazing for some people. There’s absolutely no reason why some of them shouldn’t go on to have successful music careers,” Lizzy says. She’s quick to point out that the wider Bristol music community has been hugely supportive of the project, too, with several of the city’s electronic music institutions getting behind the initiative including Team Love, Crack Magazine and DBS (the latter provide the studio space and equipment for the Mix Nights practice sessions).

It’s collectives like Team Love who play a huge part in getting the graduates out there in their early stages as well, recruiting them to play sets at seminal events like Love Saves The Day, Love International and even Glastonbury. Several course graduates played across various stages in the Silver Hayes area on Worthy Farm this year.

Thing is...@boomtownfairofficial has been the thing I look forward to every year. Since Chapter 2 to Chapter 11 I've never returned the same person as I was before. Punter, singer, press officer and now DJ - I've grown with the festival and learned so much along the way. . Thank you @concretejungyals for having me play for their #HiddenWoods takeover - I was thoroughly unprepared for this MEGA crowd after having a late set off, car trouble and running across the field - WHAT a mad ting! Best start ever ???? . All the love to @vikkiattic for getting me in for #hotelparadiso where my mum saw me DJ properly for the first time!! Wicked energy, beautiful venue, just excellent in every way. . There's so much more to say but til then here's some videos of my behind bumping whilst I press buttons. It is thrilling. . Track IDs: Girl - @murder_he_wrote / Shake Body - @youngskales / Lightening & Thunder - @soundsofpatrick / Tempo - @lizzobeeating & @missymisdemeanorelliott / Bodak Yellow - @iamcardib @uprootandy remix . . @bootybassdj #bootybassdj #bristol #dj #femaledj #ukfunky #afrobeats #world #bass #underground #music #boomtown #chapter11 #festivalseason

An unexpected by-product of the Mix Nights project, according to Lizzy, is the lasting friendships formed on the course and the continued support among graduates once they’ve completed it. “We really encourage people to keep in touch once they’ve finished the course and keep supporting each other,” she says, and that’s exactly what’s happened. The emphasis on continued support is a pillar of the Mix Nights setup, and it’s personified by the showcase nights that take place at the end of each course at The Love Inn.

“We try to welcome people who are maybe lacking in confidence by making the showcases really fun and supportive,” Lizzy explains, “and with that in mind, there are absolutely no restrictions in terms of genre – it’s just a ‘this is what I love and I’m gonna play you half an hour of it’ sort of thing.”

The freedom for graduates to be able to play what they love clearly takes the edge off on the night and creates a party atmosphere as upbeat as any other you’re likely to find on a Wednesday night in Bristol. The overwhelming positivity of the crowd – made up largely of friends and family who get down to support the new graduates – is infectious from start to finish and consolidates everything that Lizzy and the team are trying to do with the Mix Nights project. 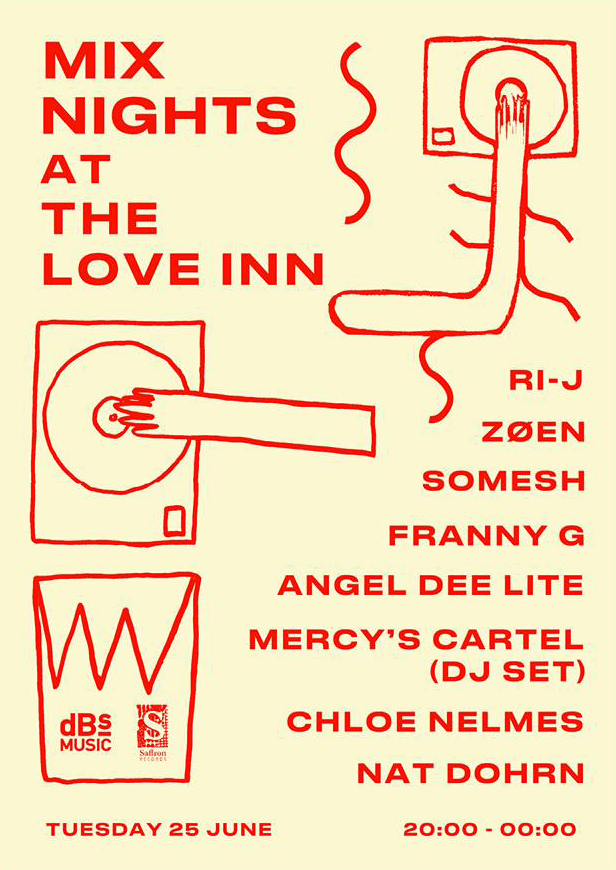 Each eight-week Mix Nights course ends with a showcase at The Love Inn, allowing the graduates to put what they've learned to the test in front of a Bristol crowd.

Not only is that positivity felt by those in front of the decks, but it’s a huge boost for the DJs behind them, many of whom are playing in front of people for the very first time. Mercy Sotire, better known as R&B singer, songwriter and producer Mercy’s Cartel, says she had only ever given mixing a go at house parties but wanted to get into DJing to explore another avenue of expression and experiment with new sounds.

“I had heard a lot about Mix Nights through word of mouth on the Bristol scene,” Mercy explains, “and after going to one of the showcase nights at The Love Inn I knew I had to give it a try. I’ve tried twice to put some time aside to do the course, but have been too busy with other commitments. Once I was ready, I spoke to the organisers and they helped me get involved as soon as possible.”

Like many of her peers on the course, Mercy says her experience with Mix Nights has been overwhelmingly positive. The course has set her up to potentially pursue DJing in the future, linking her up with what has become an extensive support network of graduates, organisers and other members of the Bristol music scene. 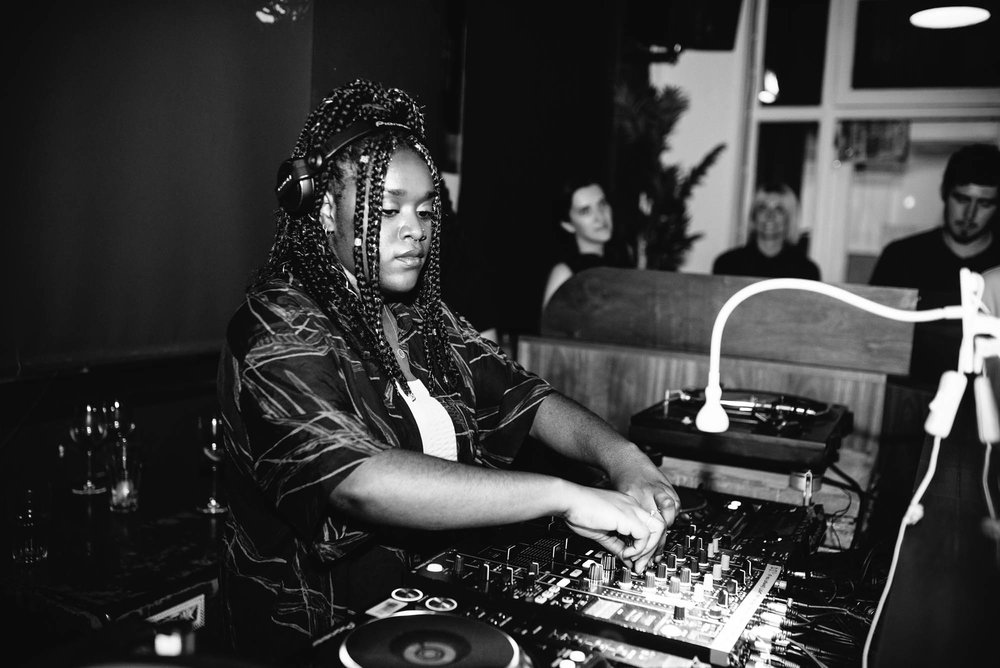 “What’s really great about Mix Nights is being able to look around at your female peers and feel represented,” she says. “Every time a Mix Nights alumni books an amazing show, or I see them on a gig poster, or on a festival lineup, I know I can do the same. I wouldn’t have imagined myself in a DJ space before the course, but I’ve got gigging experience right off the bat. I feel confident enough to record and send out my own mixes, and I’ve met some great people.”

She also mentions Danielle, an established Bristol DJ and a CDJ tutor on the course, as a key mentor. “[Danielle] was who kept me motivated enough to keep going and keep trying new things. I felt genuinely self-conscious at times but she was great for calming me down and keeping me focused.”

When it came to playing her own set at the end of the course, Mercy explains that despite huge nerves leading up to it, it was a vital part of her personal process. “I was hella nervous!” she recalls. “It was really nerve-wracking since it was my first time performing, but I was so excited to see everyone else, and it was so rewarding to hear your peers sets and to have them hear yours. It was such a love-filled night.” 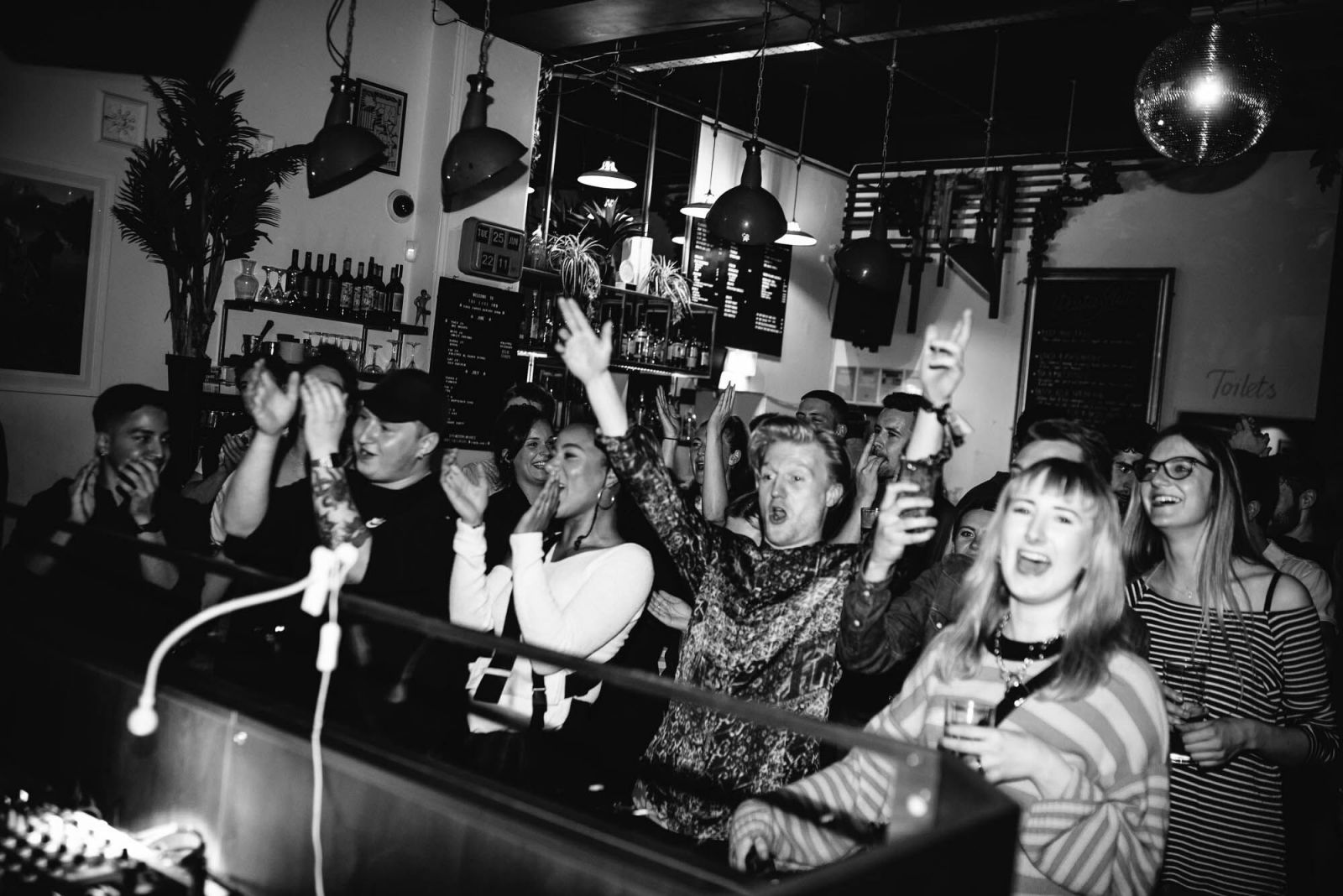 The crowds at the Mix Nights showcase, usually made up of friends and family, often make for a hugely positive atmosphere. Image: Ashley Reynolds

The atmosphere at the Mix Nights showcase is infectious. The course has attracted almost universal support from every corner of the music scene in Bristol and beyond. The graduates and members of the team rightly sing its praises at every opportunity, and it’s already changing the shape of lineups in clubs up and down the country. The course’s influence on the dance music landscape is plain to see.

The Mix Nights team are quietly building a community of some of the most exciting artists on the local scene right now. The barriers that previously prevented them from forging a career in electronic music are being taken apart, one killer DJ at a time.

For more information on the Mix Nights course or to find out how you can support the project, visit the Mix Nights website or follow updates on their Facebook page.