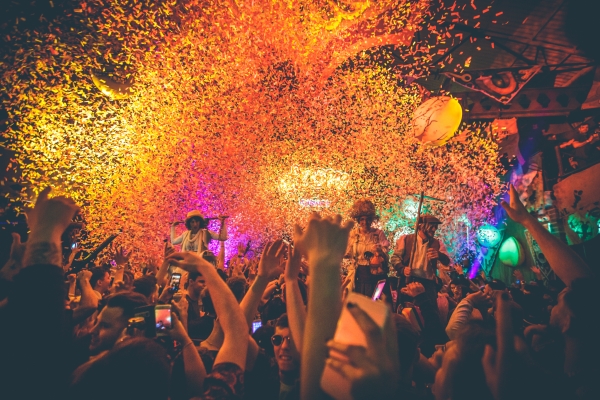 It's that time of year again.

In just a few weeks we'll be saying goodbye to the 2010s; we'll see in a new roaring 20s and leave behind a soul-crushing ten years that have blessed us with the likes of Brexit, the world's first hundred-billionaire and a Chris Kamara Christmas album.

It's only right, then, that Bristol's favourite clubs and promoters put together a range of events befitting of such a momentous occasion.

With sets on the way from world-renowned DJs including Palms Trax, My Nu Leng and Nightmares on Wax, as well as a selection of revered local artists, check out our rundown of the biggest and best New Year's Eve parties in Bristol. Book your tickets while you still can: 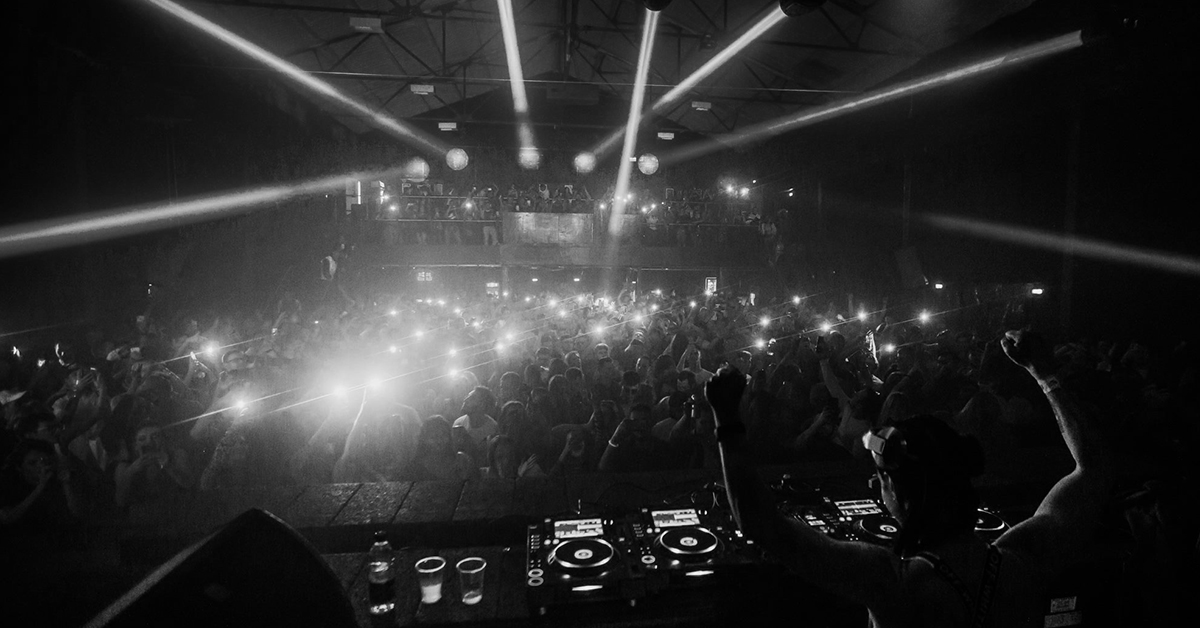 The Blast have been made responsible for Bristol's biggest New Year's Eve party at Motion this year, enlisting the in-demand My Nu Leng duo to headline an all-star cast of artists from across the bass-driven music scene.

As well as My Nu Leng and Dread MC on headline duties, expect huge sets from the likes of Darkzy, S.P.Y, P Money, RUN bosses D*Minds & Particle and many more to see out 2019 with a genuine spectacle at Bristol's biggest club venue. 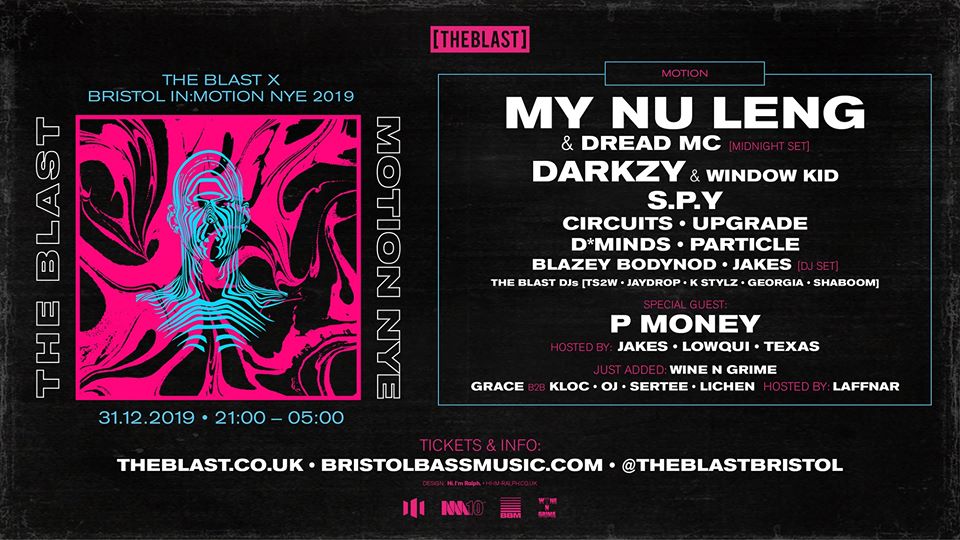 One Night at the Disco @ The Marble Factory

The Motion team will be turning The Marble Factory into a boogie wonderland for New Year's Eve this year, taking you into 2020 with an all-night mix of funk, soul and disco classics.

With a special yet-to-be-announced lineup and an immersive decor, live performers, disco balls and more, Motion's NYE Disco special is sure to be one to remember. Disco attire isn't mandatory, but is certainly encouraged. 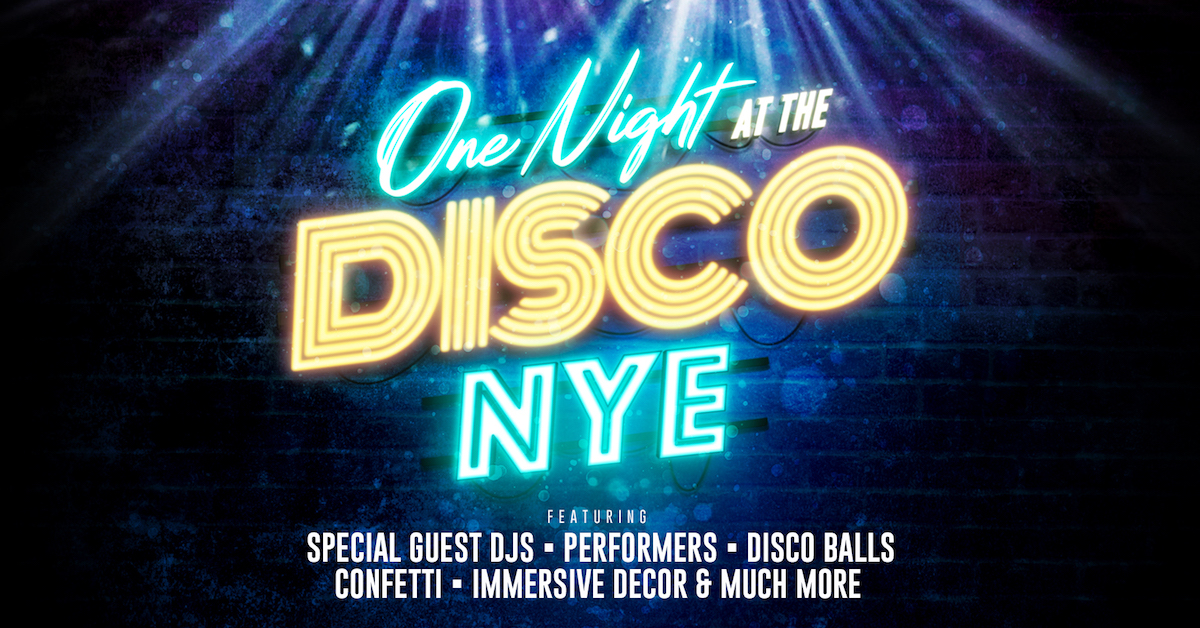 The world-renowned annual series is coming to a close after ten years of innovative, boundary-pushing electronic music lineups, so you can bet that the as-yet-unannounced lineup for the New Year's Day closing party will be one of the best of the lot. 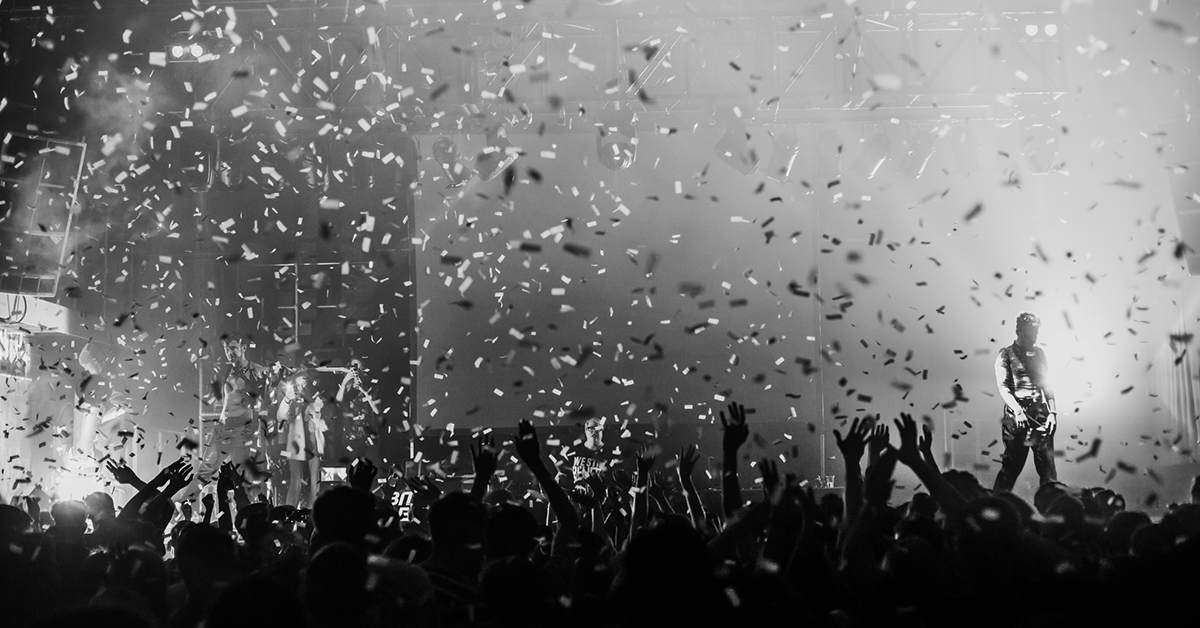 Hosting a 20-hour party to celebrate the dawn of 2020, Lakota have recruited established Bristol party-starters Viva La Disco, Dropout Disco, Emergency Room, Dad Bod Boogie and Utopia to put together what, on the last night of the year, might just be their biggest lineup of 2019.

With revered DJs Palms Trax, Young Marco, DJ Boring and Nightmares on Wax ready to provide the soundtrack across five rooms and the Stokes Croft Beer Garden, Lakota have truly outdone themselves with this one. 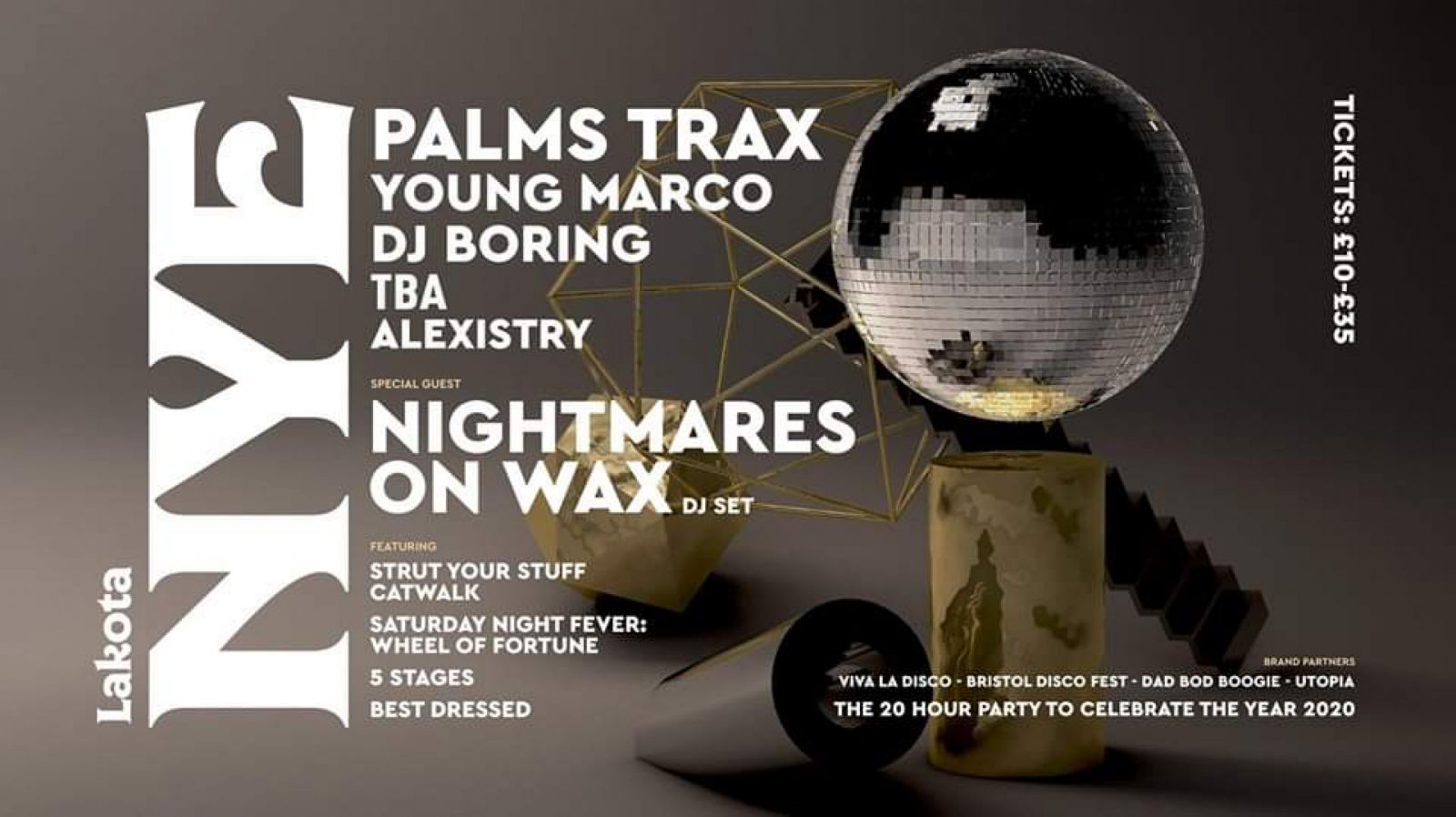 Firm Bristol favourites Bitch, Please! know their way around a party, and their New Year's Eve Extravaganza is sure to bring the energy to a ready and willing Love Inn crowd on 31 December. 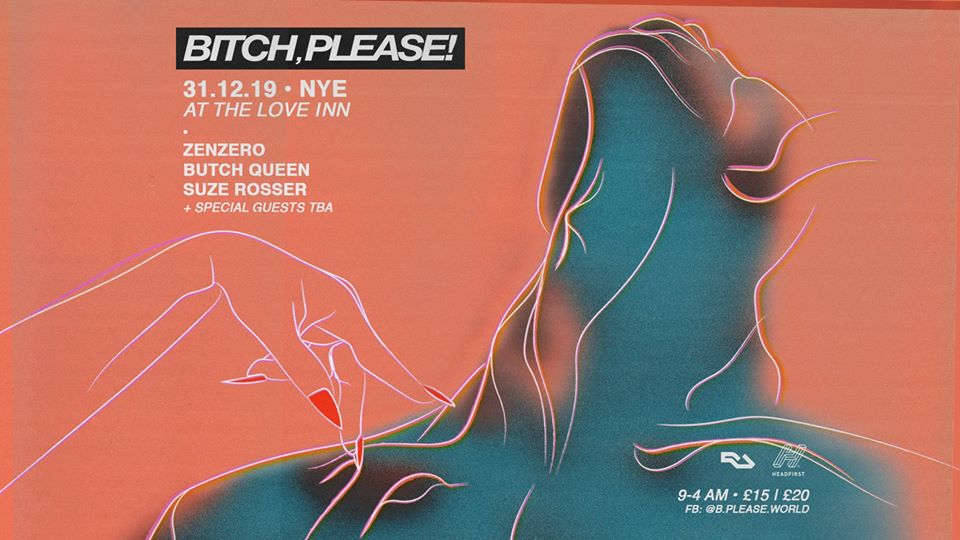 Fine-tuning their New Year's Eve plans to put together what looks to be one of their most varied parties yet, The Crofters Rights are hosting some of Bristol's favourite artists and collectives for 16 hours of NYE celebrations across two rooms this year.

Join Cosmic Tropicana, Bodywork, Musu, Bill and Crump as they take over the Crofters main room and the specially-prepared Room Two over at Ray's Pizzas for plenty of B2B action, an extra late license and plenty of New Year's shenanigans. 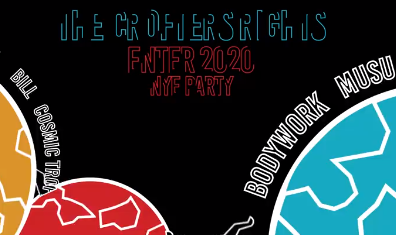 It's the end of an era at The Bridewell Complex at the end of the month, as Timewarp say goodbye to the venues with The Final Chapter NYE. Powered by Electrikal Soundsystem, it'll bring together a huge cast of DJs to play across eight stages in six venues.

Among the extensive, multi-genre lineup are drum n bass icon General Levy, Dub Pistols, Bryan Gee and many, many more for a mammoth NYE shindig. The second annual Tracksuit Takeover is set to provide the Ashton Court Manor with the biggest party it's ever seen on New Year's Eve.

Expect killer sets across four rooms from headliners DJ Yoda, Too Many T's and Bristol local Gardna, as well as Jimi Needles, Booty Bass, a Tropical Tea Party takeover and much, much more. Renowned Bristol label Breakfast Records are ready to take over The Louisiana for New Year's Eve this year, bringing with them a stellar lineup of bands, DJs, karaoke and more.

Alongside friends Waxslax, the Breakfast crew are guaranteed to be pulling out all the stops for an unmissable party at one of the city's favourite live venues. 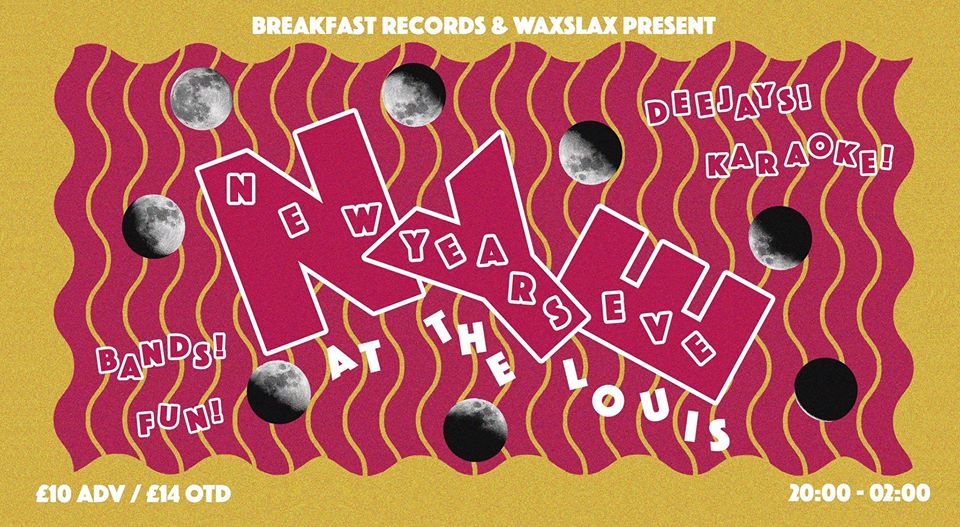 Bristol's favourite weekly club night has put together a New Year's party to remember this year, as they prepare to transform the O2 Academy into a huge carnival playground for one night only.

With dance classics, hip-hop and R&B bangers and a 90s vs 00s clash spread across three rooms, you can trust one of the city's favourite club nights to deliver on the biggest night of the party calendar. 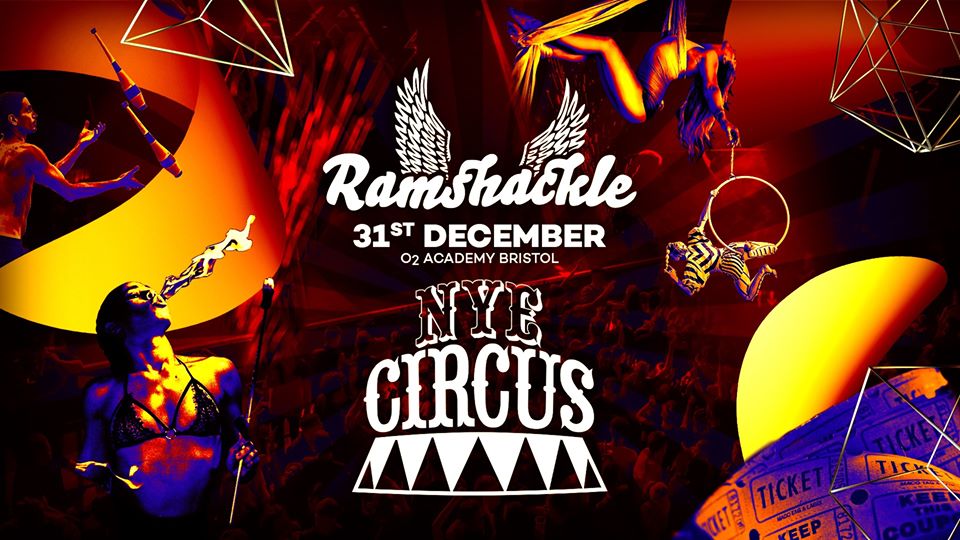 Start your new year as you mean to go on: with the biggest emotions, the biggest songs, the biggest hair and the biggest guitar solos. Expect all of this and more when you experience the communal, celebratory club night that is Ultimate Power.

The Fleece's Ultimate Power resident DJs are all set to take you through the very best power ballads of all time, from the likes of Bon Jovi, Toto, Queen, Whitney Houston and many, many more.