Four legendary American composers will get some of their most famous works performed by the marvellous Bristol Concert Orchestra at St George's Concert Hall on Saturday 29th June 2019. 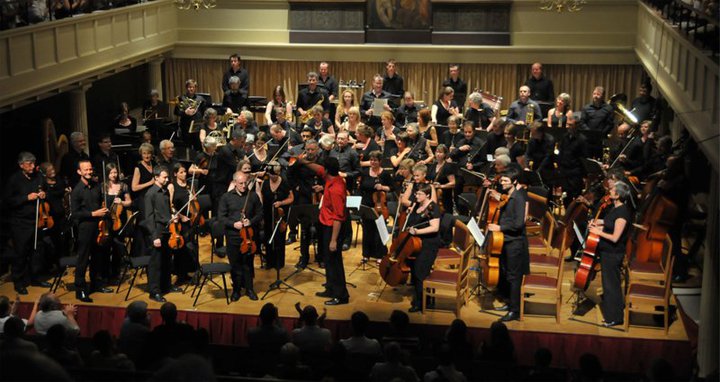 It's line-up of pure, unadulterated Americana - not forgetting an intergalactic voyage to a galaxy far, far away - will present a concert of stunning orchestral brilliance, jaunty rhythms, evocative moods, exquisite instrumentation and incredible performances by one of the most talented orchestras currently on the Bristol scene.

Gershwin's American In Paris is a toe-tapping, jazzy classic, while Samuel Barber's achingly beautiful Adagio for Strings is perhaps best known for being used in Oliver Stone's war classic Platoon. Musical polymath Leonard Bernstein could turn his hand to anything - conducting, composing, teaching - and along with West Side Story, his Overture to Candide is one of his finest, bubbliest creations.

The highlight for many, however, will be a suite from John Williams' score for Star Wars, which won an Academy Award and remains one of the biggest-selling classical albums of all time. With its legendary opening fanfare and a plethora of character-based themes that have become irrevocably ingrained in the film music pantheon, William's score remains one of the finest compositions for film ever written.

Here's your chance to see one of the city's most promising ensembles performing a programme of some of the most powerful and influential American music of all time.