Leading Bristol-based cancer charity Penny Brohn UK is gearing up for one of their most exciting fundraisers to date this weekend, with Pop legends Doreen Doreen and renowned comedian Mark Olver set to perform in a marquee at the charity's National Centre on Sunday 19th May. 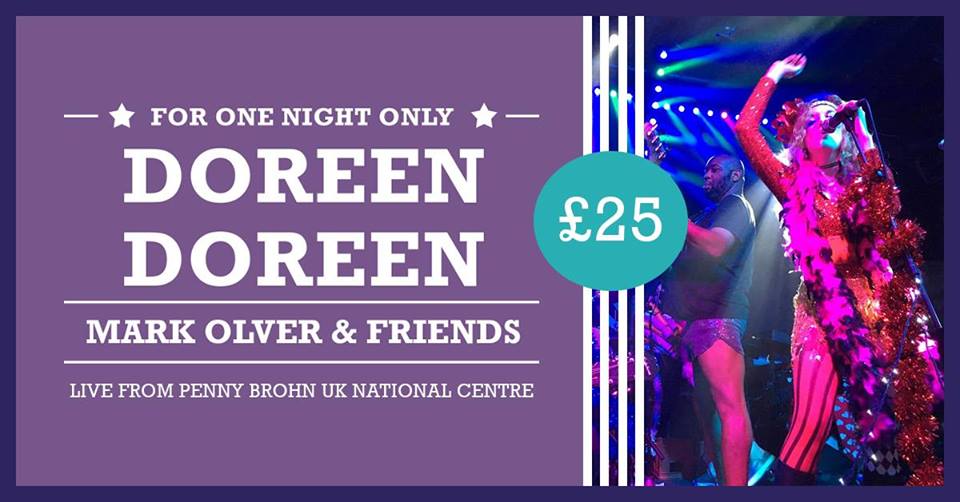 Taking place this Sunday afternoon from 4pm-11pm, the event will feature bars, food stalls, face glitter and, of course, plenty of laughter and dancing. Providing the evening's entertainment will be none other than celebrated Bristol band Doreen Doreen, local singer-songwriter Spencer Flay and comedian Mark Olver and friends.

Deservedly voted Bristol's third-best band of all time behind Massive Attack and Portishead, Doreen Doreen have been perfecting covers of some of the world's greatest party-starting acts since their formation back in 1982. Flay, meanwhile, is quickly gaining attention across the South West and beyond with his unique tracks and classy remixes, borrowing from a range of genres including hip-hop, drum n bass and more.

Bristol favourite Mark Olver will be back at Penny Brohn's comedy night for the fifth year running, meanwhile, bringing a fresh troupe of up-and-coming comedians to fill the programme. Renowned for his performances and continued involvement in the charity, his and his friends' comedy extravaganza is not to be missed!

Speaking on the upcoming event, Olver said “Doing the Penny Brohn UK gig is always one of the highlights of my year. I love it so much! I love that Penny Brohn lets us come and play in their incredible venue. I love the work that they do but I also love that they let us and actively encourage people to engage in this beautiful and peaceful and important place...by drinking beer, eating pie and being silly. Perfect!”

Tickets for Penny Brohn's comedy and music event on Sunday 19th May are on sale now at £25 per person or £37 for VIP tickets - find them here or book yours over the phone on 01275 370073. For more information or to follow news on Penny Brohn's tireless fundraising work, visit their website or check out their Facebook page.