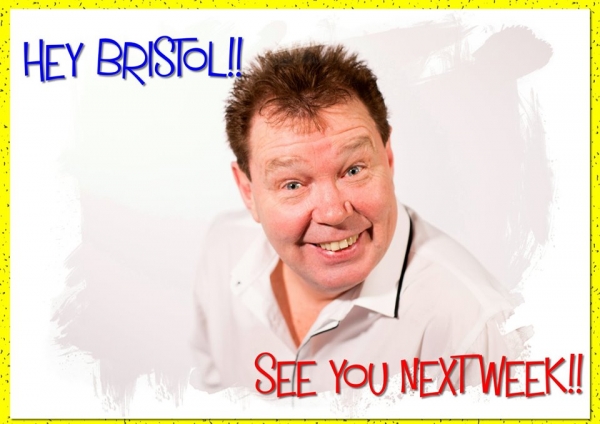 Andy Ford Live: All Over The Flippin' Shop at Redgrave Theatre on Friday 17th May 2019

Bristol panto legend and popular funnyman Andy Ford is back with an hilarious new stand-up show - and will tickling the ribs of his legions of fans when he performs at Bristol's Redgrave Theatre on Friday 17th May 2019.

From the sublime to the ridiculous, Ford is no stranger to bringing a chuckle or two to the city's comedy-loving throngs, and his act combines the riotous, the madcap and occasionally surreal. It'll be a night to remember for comedy cravers and mirth-mad ravers, that's for sure.

All Over The Flippin' Shop is actually a pretty apt description of Ford's comedic style, as he hopscotches from one crazy gag to another quirky one-liner and a sumptuous slew of crackpot tales that make up an evening of pure comedy gold.

Ford has performed all over the West Country and beyond. Around the world, in fact. He's even brought a smile to the face of Her Maj and that German bloke she's married to when they celebrated their 50th wedding anniversary, bringing his quirky brand of hilarity to the Royal Variety Performance.

Lest we forget, he's also one of the region's most popular panto stars (oh, yes he is!), having donned the costumes for a plethora of panto role for more years than it's possible for any one writer to remember. And now he's back with his brand-new one man stand-up comedy show to bring the house down. Well, Redgrave Theatre at least.

Support will come in the comedic form of Britain's Got Talent impressionist Paul Burling. The show will run from 7.30pm until 9.30pm. Tickets cost £18.50 (£16 concessions) and can snapped up here.