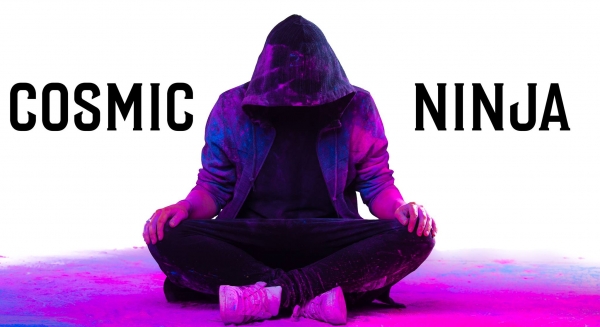 A top trio of alternative and electronic rock music bands will take over Mr Wolf's in Bristol on Friday 10th May 2019, headed up by the incomparable Cosmic Ninja.

Formed in Bristol in 2015, Cosmic Ninja are an electronic rock group whose diverse and eclectic sonic styles encompass an exciting range of rock and electronic influences, with their awesome live shows featuring a dazzling combo of interactive light synth and synchronized light show.

Supporting them will be Turner, a mighty, relentless musical colossus on the alt and indie scene. Their debut single was released in 2016 and since then they've gone on to become a force to be reckoned with and played alongside bands such as UKID, Crazy Town and Decade at many of the South West's premiere music venues (including Brizzle's very own The Exchange).

Also on the night's line-up will be Stevie & The Masquerades, a South West ambient-pop group who effortlessly blend 80s-style synths, retro vibes and tender lyrics and whose indie credentials have not gone unnoticed by the likes of Glastonbury Festival's Worthy FM and BBC Introducing.

Yep, all things alt, electronic, indie and retro will be kicking off at Bristol's very own vanguard and neverending nurturer of local talent, Mr Wolf's (everything, in fact, from the region's most talented musicians, bands, DJs, poets, graffiti artists and everything in between).

Doors swing open from 8.30pm, and a DJ will keep the post-band party mood going until 3am. Tickets cost £3 or £4 on the door, and you can snap 'em up here.