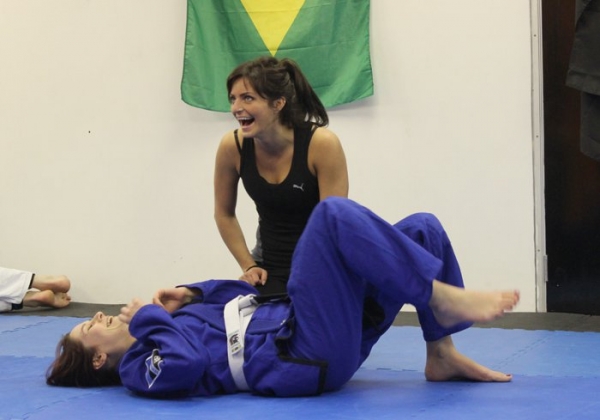 In 2014 they ran a series of free Brazilian jiu jitsu (BJJ) classes at McGym in St Paul's which started at the end of summer and finished at the end of December, with the aim of creating a community of female martial artists in the region.  The course proved successful, with round forty woman enrolling and staying on to develop their martial arts skills.

Brazilian jiu jitsu is ideal for women as it is skill-based, caters for people of smaller stature, and develops training techniques within a supportive and friendly environment. It also gives people the opportunity to make new friends, bring their partners, children, and take part in mixed classes.

Brazilian jiu jitsu has a raft of health benefits too and can serve as a particularly effective sport therapy. It can help combat low self-esteem, depression and other mental issues.

And it doesn't stop there. In addition to generating a greater interest in the martial art and propagating a more diverse BJJ community in Bristol, Artemis BJJ regularly raises thousands of pounds for charity with its 'GrappleThons'. Their last 24 hour 'GrappleThon' in 2014 raised around £5,000 for Kinergy, a Bristol charity which provides counselling for rape survivors.

It is predicted that around 68,000 women will have to deal with domestic violence in their lifetime, and that means its more crucial than ever that women learn effective self defence techniques.

Women's BJJ classes take place every Wednesday at MyGym in St Paul's from 6.30pm to 7.30pm, and the first week (2 classes) is free.