"It looks great; it feels great and will have you hooked from start to finish."

It looks like it's time for me to go back to the Japanese criminal underworld with the Yakuza series, but not with a new instalment. Instead, it's a remaster of a PS3 game from 2010.

Yakuza 4 was initially released for the PlayStation 3 back in 2010, and it was a bold step for the series as it moved away from the main character The Dragon of Dojima and focused on three new characters. Does it stand the test of time, nine years later? Yes, of course, it does! 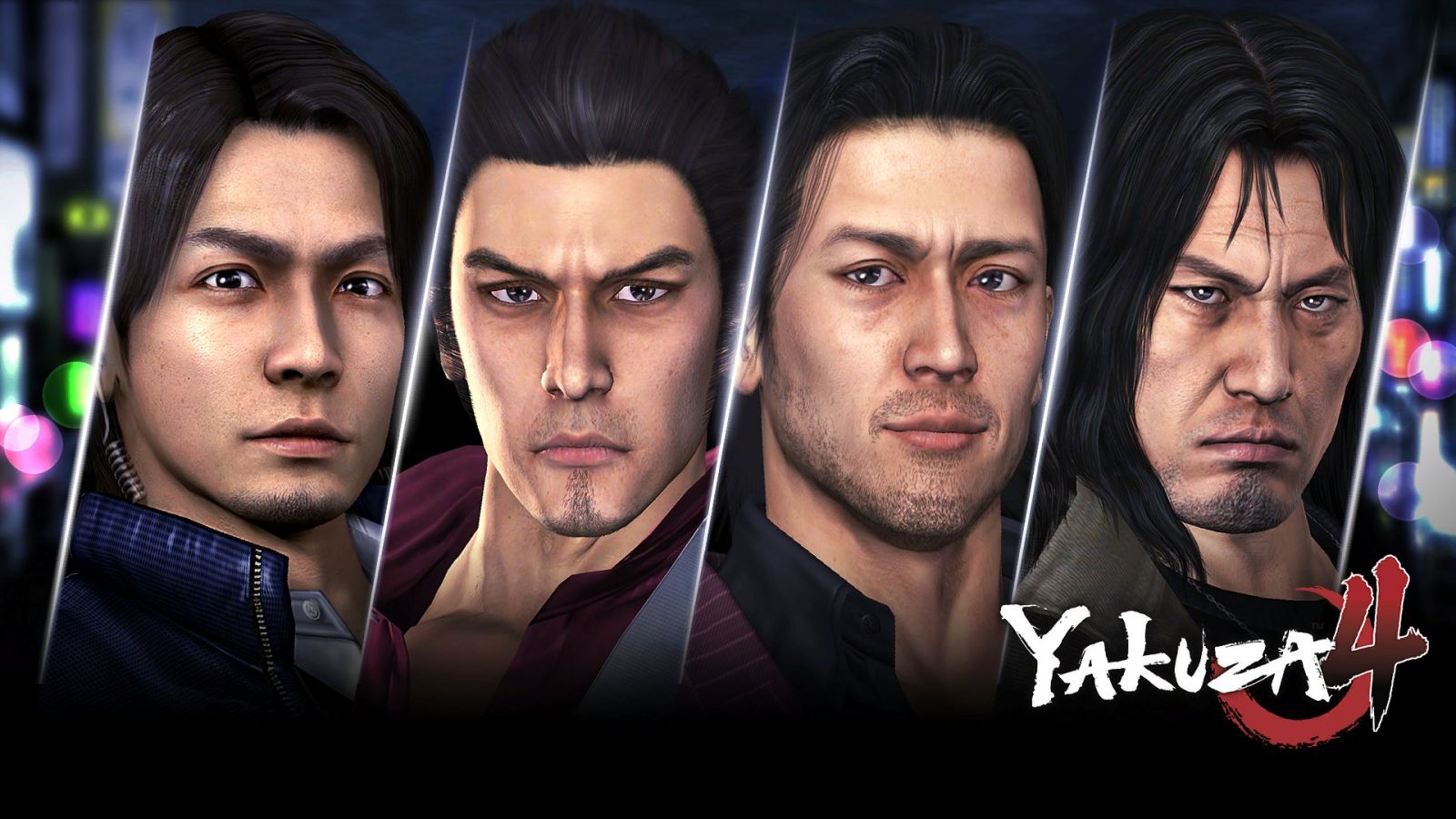 Yakuza 4 takes place once again within the fictional streets of Kamurocho, where you first step into the shoes of a moneylender called Akiyama, who has a very relaxed personality when it comes to his clients. Anyway, he ends up visiting one of his clients who happens to be one of the local Yakuza families. He gets into a brawl with their rival family in a bar, but he is swiftly stopped.

Akiyama walks back to his office to find a Yakuza member that he knows very well standing over a corpse, with a bullet through its head. Spooked, Akiyama spooked questions him. He then flees, and Akiyama is arrested as they think he did it, but he is later released due to a statement from his secretary. We find out that a serial killer is murdering high ranking Yakuza family members. The story is dark and well-told, the Japanese cast gives a fantastic performance throughout. They can swap from serious to goofy at the drop of a hat, and it really caught me off guard.

The gameplay is a mix of exploration and combat; you wander the streets of Kamurocho where sometimes you'll be harassed by gang members or drunkards who get annoyed with you. You then proceed to kick their teeth in, which is my favourite part of the game, as you can pretty much use anything as a weapon that is not nailed to the floor. For me, that involves picking up a bicycle and spinning around with it like a ballerina, to then see broken teeth and spokes flying through the air. 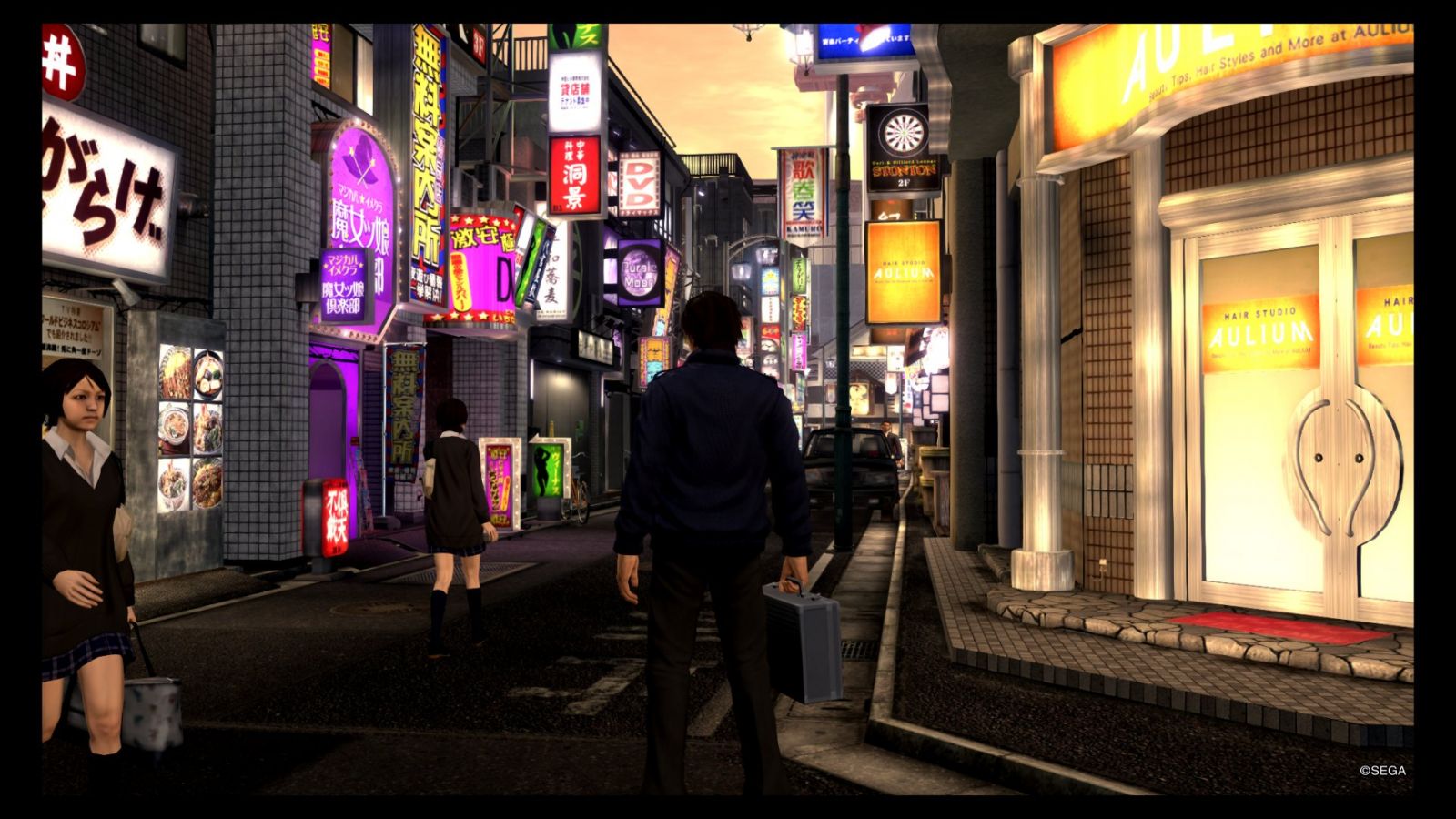 It's the combat that really sells the series to me outside of the narrative; it is skilful and requires timing, especially against the bosses in the latter parts of the game. In combat, you can use standard hand to hand weapons to build up a heat bar. When you fill it up to a certain point, you can execute brutal moves. This can range from slamming someone's head into a wall or kneecapping them with a baseball bat to finish them off. These are extremely violent and brutal, but you can't help smile with glee when you do it to a hard boss.

The game has been given a nice facelift from the PS3 version; the neon-lit streets of Kamurocho look very crisp with dense crowds. Character models and animations, especially in cinematics, still look great, too. You have to bear in mind that this game was released nine years ago and it is staggering how well it has aged, coupled with the spit shine the animations have been given. Everything also runs at a higher framerate, and it's buttery-smooth: it now runs at 60 frames per second which feels fantastic, especially in fights.

Yakuza 4 Remastered was a great game to revisit on modern platforms; it breathes new life into the compelling story within the Japanese criminal underworld. It looks great; it feels great and will have you hooked from start to finish. This game is available digitally within the Yakuza Remastered Collection, which has Yakuza 3 currently unlocked, too, with Yakuza 5 Remastered coming February 2020. If you are looking to catch up on the series, this is a good addition to your collection.