Moving paintings that are truly moving. 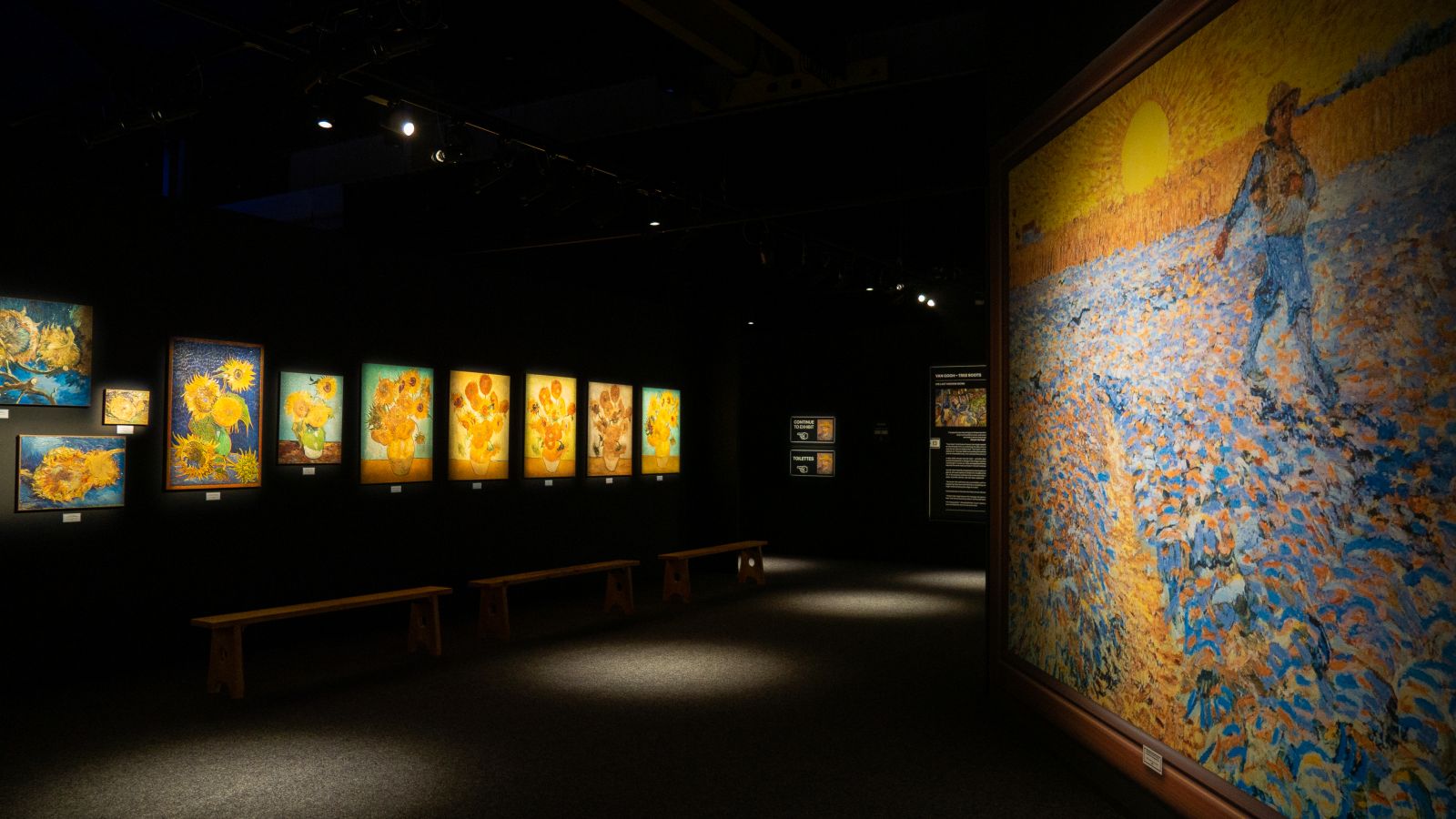 Van Gogh: The Immersive Experience is a 20,000-square-foot multi-sensory spectacular that explores the remarkable masterpieces of one of art's greatest heroes. Brought to Bristol by Propyard, the exhibition utilises the venue's high ceilings and cavernous interior in a spellbinding display of both light and sound. As part of the exhibition's opening, 365Bristol were invited to experience the stunning spectacle first-hand.

Van Gogh: The Immersive Experience will be in Bristol till September with time slots available throughout the week. Head to the exhibition website to purchase your ticket now.

Find yourself inside one of the many landscapes that #VanGogh painted ???? And become part of the masterpiece ???? pic.twitter.com/j5hv4B9UJd

Vincent Van Gogh is an artist who needs no introduction; the Dutch-born, troubled painter might be one of the most (if not the most) well-known artists in popular culture history. His footprint is incalculable. Thus, it’s hardly unsurprising that, in a world saturated with exhibitions and discussions of his work, an exhibition might come along that seeks a fresh way of looking at his work.

Van Gogh: The Immersive Experience is one such exhibition, and the arrival of its Bristol chapter has been hotly anticipated. The exhibition begins with a tour through Van Gogh’s life and greatest works, which I found both interesting, and usefully scene-setting. Whilst I’m familiar with Van Gogh’s more famous works, the initial gallery serves to give you a proper baseline education in his life and paintings, to better prepare you for the experience to come.

Beckoning you into this space is a huge bust of the man himself, projected with shifting colours and lights, sliding him between his own various self-portrait depictions. This is joined by a large vase that depicts his exhaustive series of flower paintings in a similar, shimmering sequence. 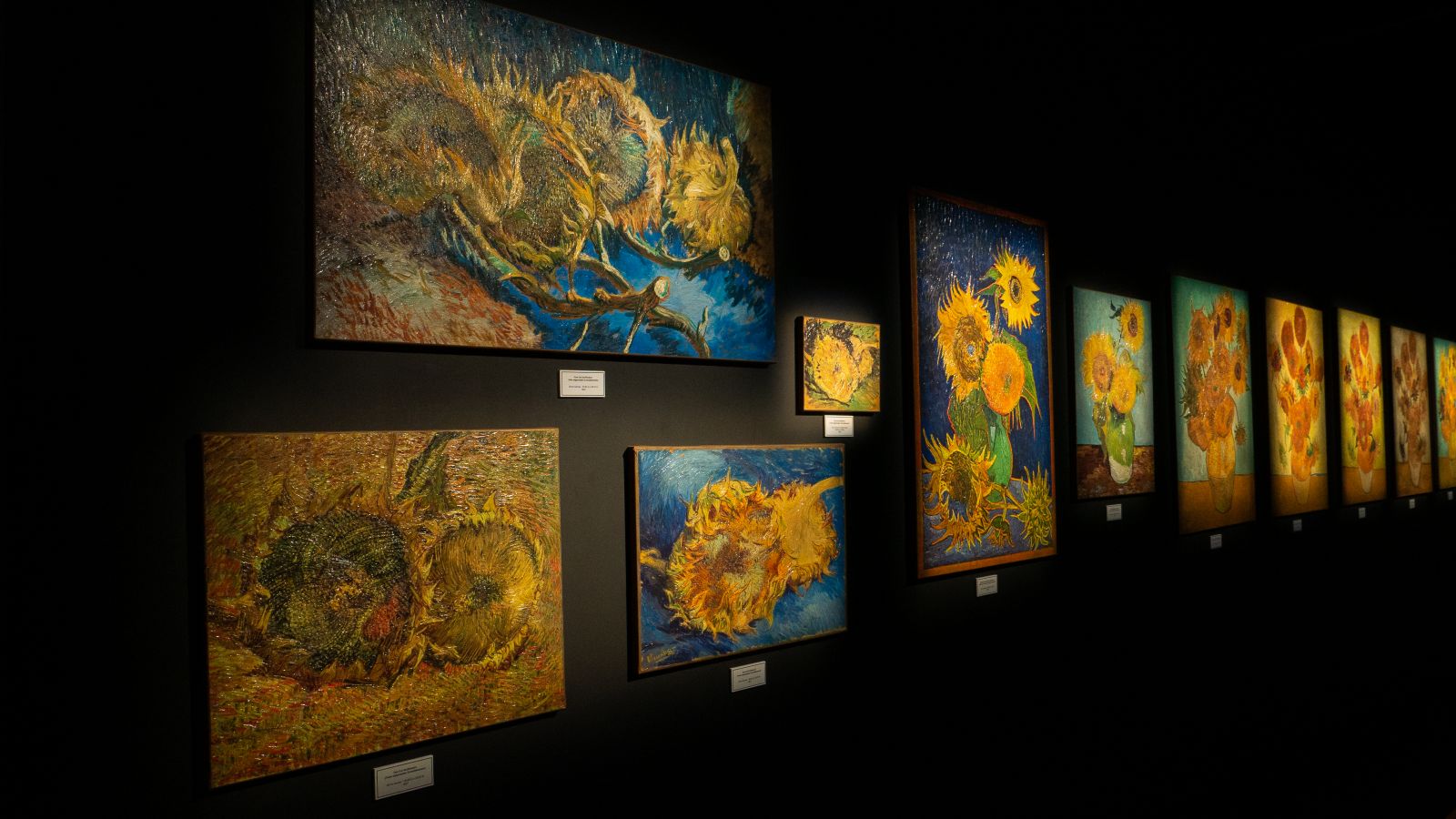 There are facts that might be new even to fairly dedicated fans here; such as Van Gogh’s vehement love for Japanese art, and even a short documentary film discussing his use of colour, particularly in the awe-inspiring Starry Night – something Hamza El Azhar, co-founder of the Exhibition Hub, told me was his favourite part of the “amazing” Van Gogh paintings.

The gallery has an evolving musical score that some might find distracting; personally, I found it an aid to contemplation and served only to enhance the experience. The score was also occasionally broken up by quotes from the man himself, which were inspiring to the point where a more cynical mind might question their veracity. Nonetheless, they weren’t entirely unwelcome – although the grave, wise voice they were read out in feels at odds with the delicate, erratic Vincent.

Entering through a mesmerising room of projection and mirrors, you find yourself in the true star of the exhibition – a huge room that takes real advantage of the space afforded by Propyard. Each wall of the room is covered by a seamless projection that morphs over the half hour experience: from a virtual gallery, each painting animated, through to beautiful, animated virtual environments taken from Van Gogh’s paintings – all haunted by the chilling architectural spectre of the asylum in Saint-Remy-Du-Provence. 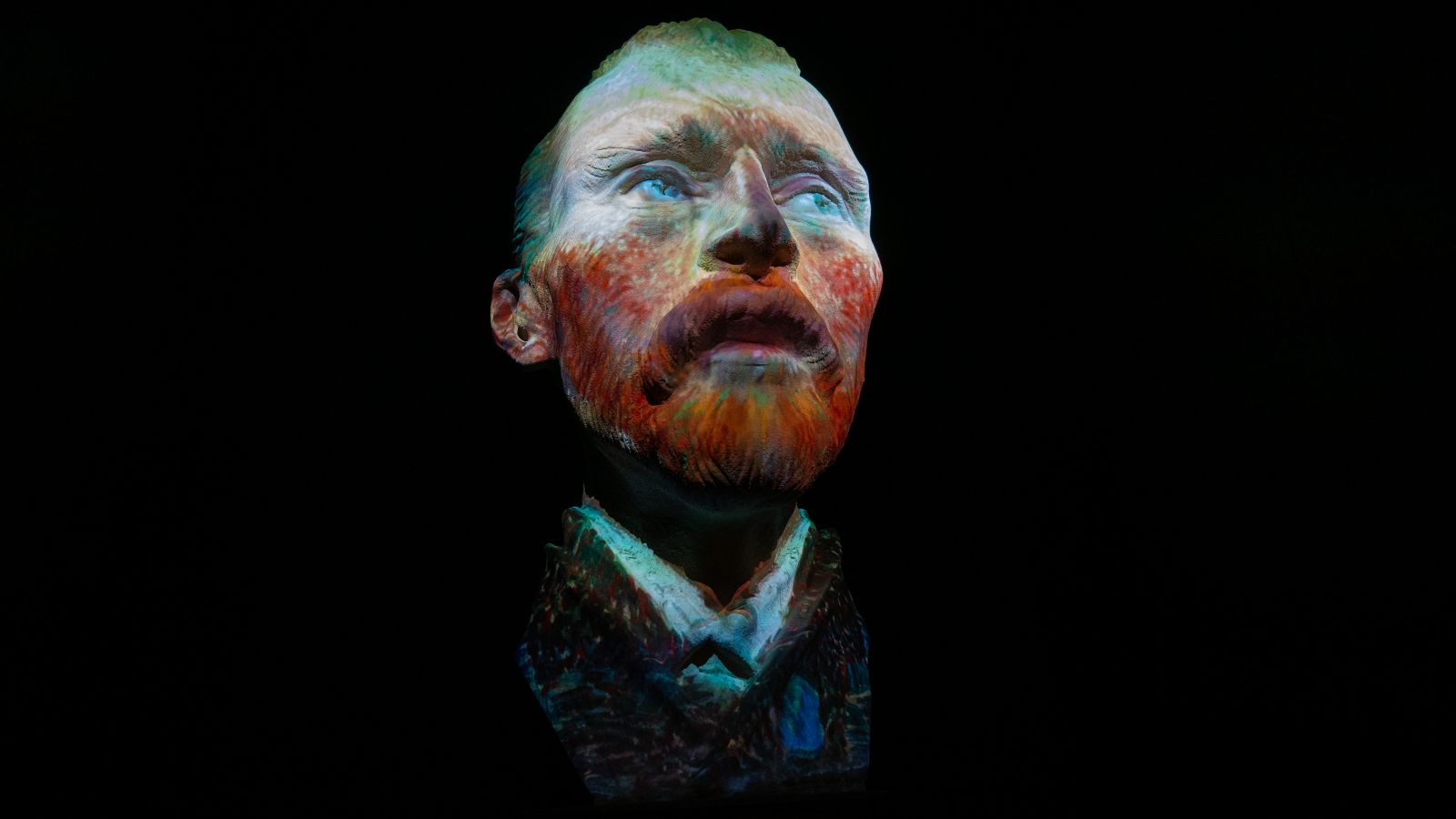 Orthodox art fans might find the animation of his works a little blasphemous but, to my mind, it’s a sumptuous and enthralling experience – and an almost meditative one too. Here the music really comes into its own whilst, conversely, I found the read-out quotes to be an irritating interruption. Mostly, however, this exhibition is likely to be a hit with both veteran Van Gogh fans and those with even a passing familiarity with his work. It’s educational and awe-inspiring.