The Metro series returns with another must-have entry.

Humanity is a fragile existence where it can be extinguished by a push of a button; the Metro series shows what could happen when humanity is forced to start from square one where they have to rebuild. Based on the novels by Dmitry Glukhovsky, Metro Exodus shows a world ruined by nuclear war and the citizens of the world have to hide away in the titular metros. It has been six years since the last game in the series Metro Last Light which was released on the tail end of the last gen of consoles, where it pushed the consoles to their limits graphics wise and this game is no different. 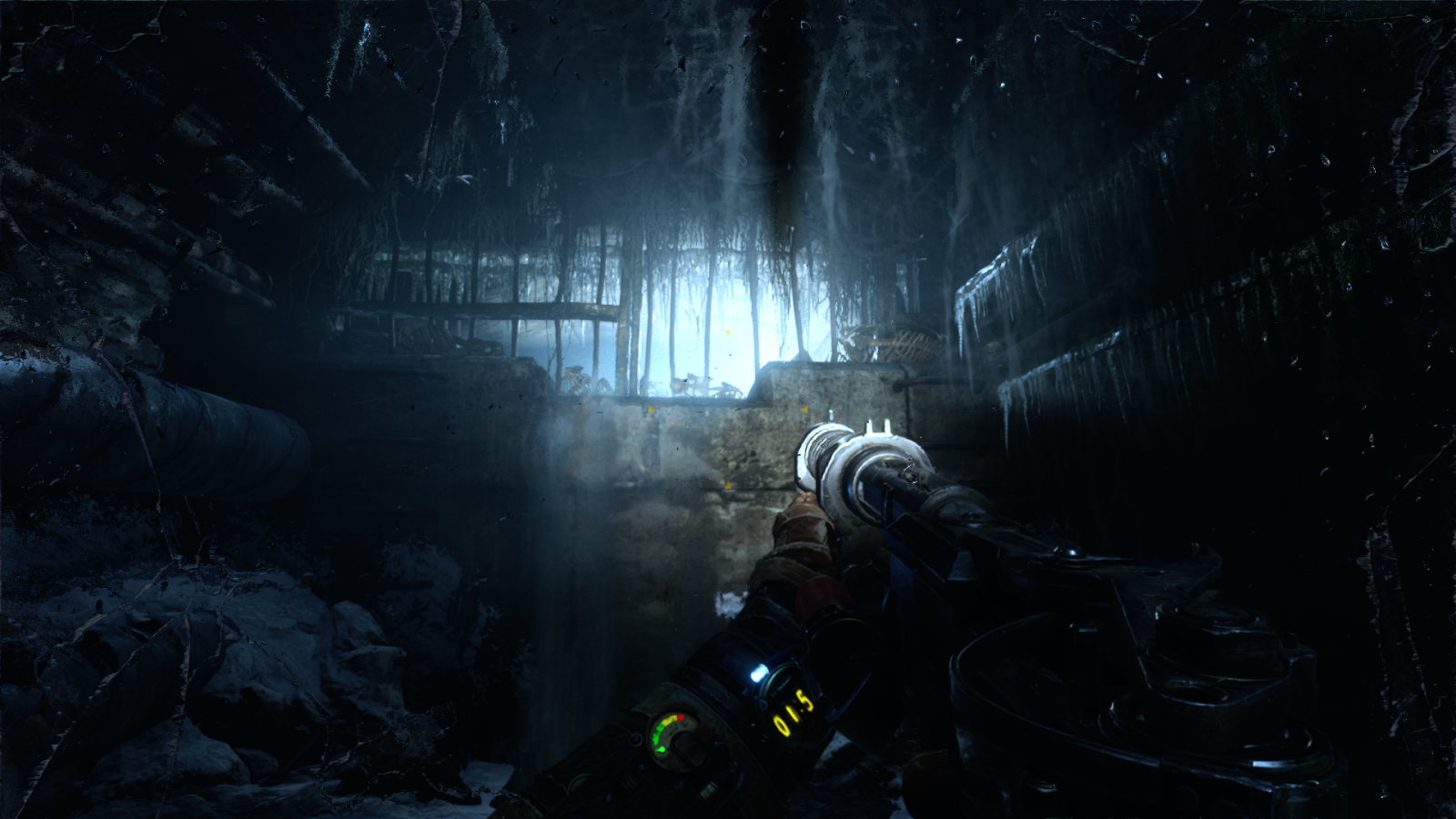 Metro Exodus is loosely based on the book Metro 2035, where we once again step into the boots of Artyom a Ranger who is a part of a platoon of soldiers called the Spartans. Artyom keeps going to the surface looking for people who are living outside of the metros, but as he tunes his radios there is nothing but static. However, things unfold when there is a conspiracy, where the Russian government have been blocking transmissions from the outside world. Understandably Artyom and the rest of his platoon are not happy, where they are then betrayed by the Hanza and are branded as traitors and have to flee Moscow. The story is well written, however, the English performances are a mixed bag as sometimes they are great while in other instances they can be a bit terrible. My advice is to switch the dialogue to Russian with English subtitles, the voice acting is miles better and it is thematically appropriate.

The game is a first-person shooter mixed with survival horror; it has more of an emphasis on survival horror. The reason is that ammunition is scarce, which makes sense considering the game takes place in a world that has been engulfed by nuclear war so supplies are going to be finite. You collect weapons, ammo and crafting materials which can help you craft more powerful ammo, medicinal supplements, upgrades for your guns and filters for your gas mask for when you have to traverse highly irradiated areas. 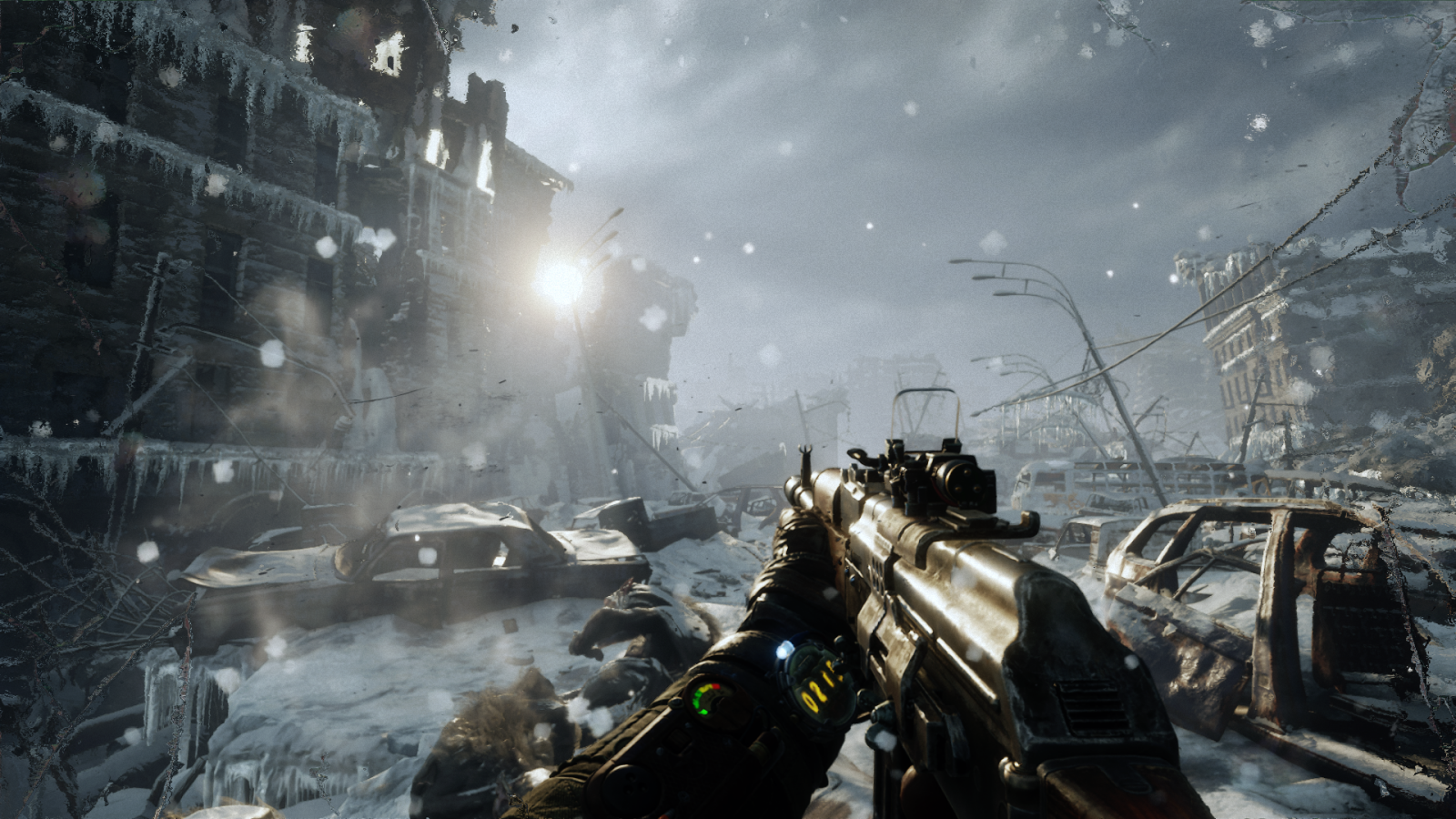 What is different in this game compared to the others is that it has less of a linear structure, it advertises itself as “Open world”, but that is not entirely true. The game is more open-ended than the first two games, however if you are expecting a sandbox experience with a Metro coat of paint you won’t find it here. This experience actually reminds of Far Cry 2 which was released in 2008, where you have several open-ended levels with side objectives but the way forward is very linear. Now linearity is not a bad thing, honestly I prefer those experiences this is due to my lack of time for open worlds, but I think it is somewhat disingenuous to call it an open world.

The game does emphasise stealth compared to shooting your way through a horde of enemies like John Rambo, but when things to hit the fan the shooting feels fantastic. The first two games suffered with its shooting in the sound department, they used stock and generic sounds. However in Exodus guns sound like they are going to tear you apart, with the thunderous thud of shotguns as it shakes the screen to the terrifying chatter of the Kalashnikov. 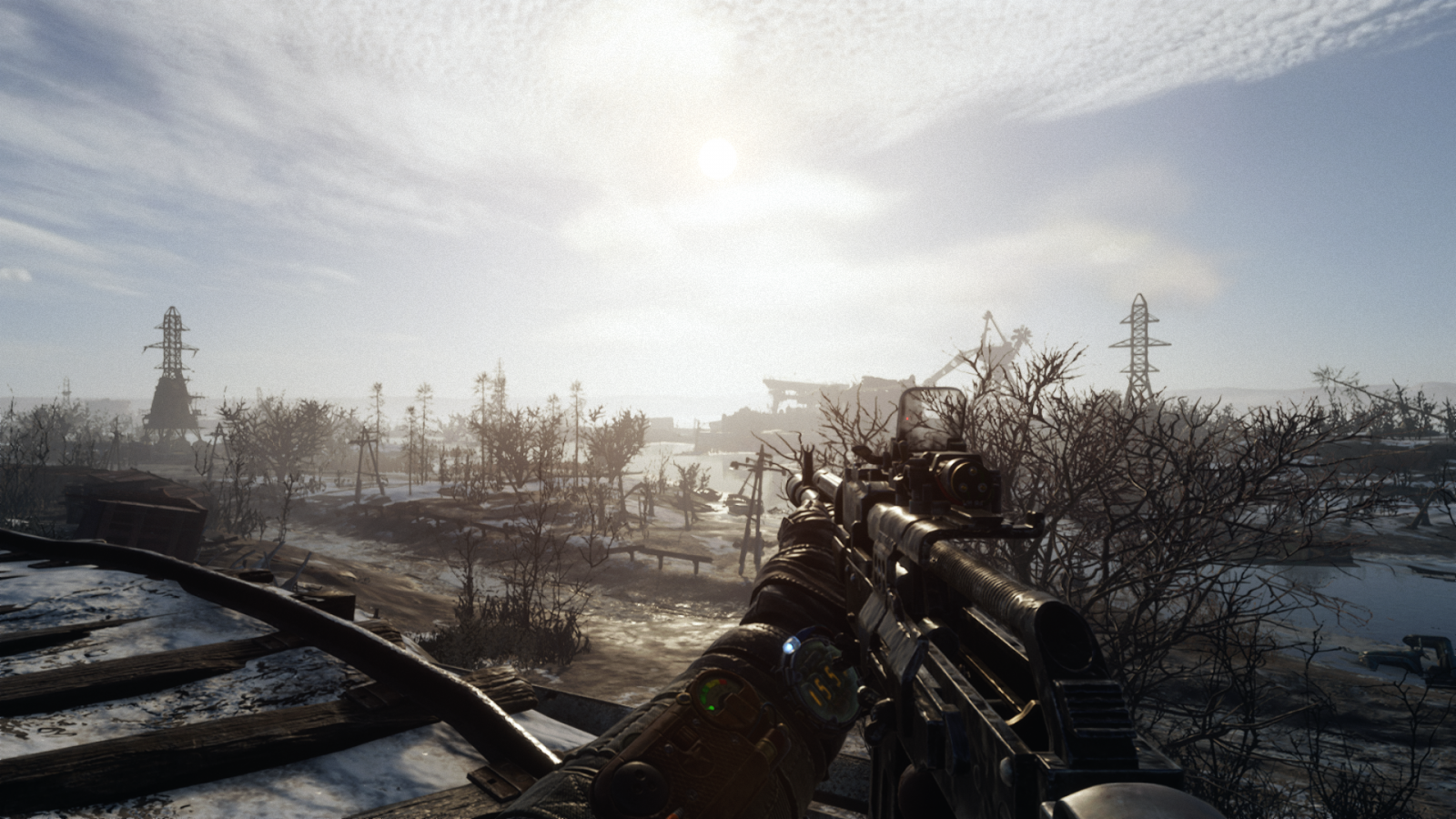 Visually the game is outstanding; it is amazing how far the Metro series has come in the past six years since its last instalment. The wasteland looks rusty, boggy and ruined by radiation where it makes you feel like you are there. When you go underground in the metros the game is beautiful in a tragic way, where you see abandoned train carts with corpses that show their last movements before the bombs dropped, it’s terrifying coupled with the distant grumbles of mutants.

There are few issues I have with the game that somewhat took me out of the experience, this comes down to certain pieces of audio mixing and design and clipping issues. The audio mixing is all over the place, certain sounds are either really loud or really quiet, I understand they are going for directional audio but it gets rather annoying when I can’t hear a word of the dialogue. The other audio issue is not a technical problem but more of an immersion issue, now I’ve praised the audio design but there is one sound effect that takes me out of the situation. When you hit someone with the stock of your rifle it sounds like something from a cartoon, I expect a laugh track to play every time I hit someone which is a bit laughable in this gritty world.

Finally the clipping issues, I found that enemies would clip through walls when I would slice them open with my knife when performing a stealth kill. It takes me out of the sneaky stealth action where I have the upper hand, and suddenly my defeated foe decides to fall through the floor as if he is descending to hell in a timely fashion.

Overall Metro Exodus is an immersive survival horror, with a well-written story, tense gameplay and graphics that benchmark current generation hardware. It shows that humanity is a fragile existence, where it can be completely destroyed with the push of a button. It’s a must have and I would highly recommend it despite its flaws.