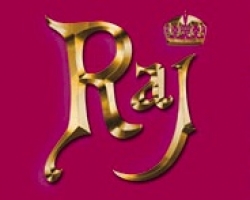 It's old school, it's traditional, and that's precisely why I love it. Those candlelit tables, comfy booths, stained glass panels, red carpets and white-washed arched ceiling encapsulating nostalgic memories of when I first started dining there.

The Raj on King Street in Bristol is now in its fourth decade and continues to show why it's the grand master of authentic Indian dishes in the city.

Words such as ‘legendary’ and ‘iconic’ are frequently and somewhat flippantly overused, but in the case of this estimable restaurant such terms barely come close to truly honouring it with the relevant gastronomic justice and praise it deserves.

Established in 1981 by Bangladeshi owner Feroze Ahmed - who had also previously set up the Taj Mahal in Stokes Croft as well as others in Old Market, Cheltenham Road and Denmark Street, and a slew of well-respected businesses - The Raj was relinquished to son Hasan in 2000 after Feroze passed away. 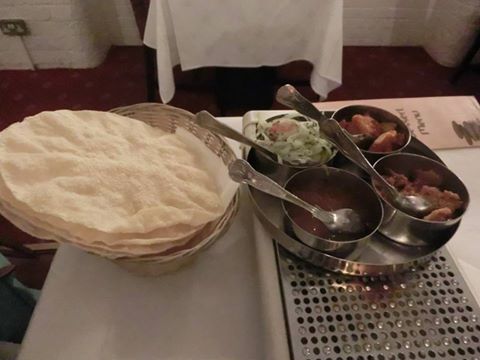 There has always been something adventurously thrilling about entering The Raj, descending down a windy staircase and into the restaurant itself, so much so that's it always felt to me as if you're entering another magical, sub-terrestrial level of foodie delights and giddying flavours.

In the 34 years - that'll be 35 in January 2016 - since it opened its doors, The Raj has barely changed aesthetically, and refreshingly shunned the urge to revamp and restyle itself in line with the more modern range of Indian restaurants pretentiously boasting overused, fatuous phrases such as 'contemporary dining' and 'fusion food'.

It's old school, it's traditional, and that's precisely why I love it. Those candlelit tables, comfy booths, stained glass panels, red carpets and white-washed arched ceiling encapsulating nostalgic memories of when I first started dining there in the late 90s. 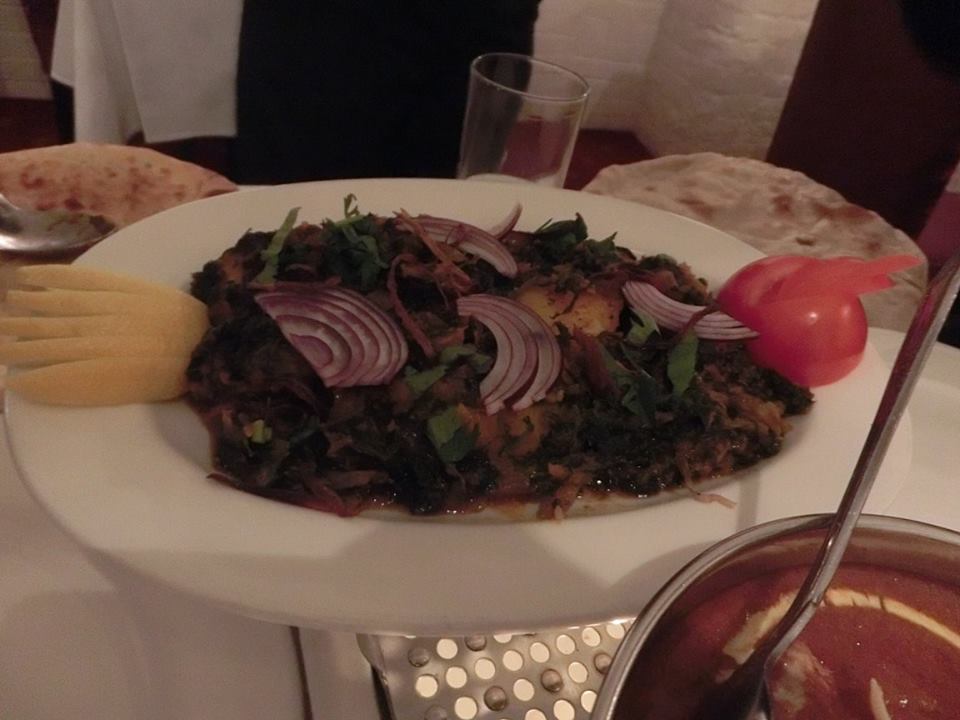 Being in such close proximity to some of the city's major theatres - including, of course, the Bristol Old Vic just a few doors down - The Raj offers an Early Bird menu between 5.30pm and 7.30pm all week, including Sundays. £14.95 will get you a main course, side dish, naan bread or rice and a drink, which has to represent one of the best pre-theatre dining offers around.

In-keeping with its wholly traditional spirit, the menu ticks all the boxes with a full-on itinerary of classic Bangladeshi dishes including jalfrezis, dhansaks, bhunas and vindaloos.

Four grease-free and satisfyingly crisp poppadams were accompanied by a tray of freshly made pickles including onion and mint and mango chutney, while our onion bhajis (£3.95) were two superlative examples of the starter, fist-sized and fried but not oily, crunchy of texture and heavenly of taste.

My chicken rogan josh (£7.20) was masterful; the thick, medium spiced sauce mixed with curried tomatoes and garlic representing the absolutely apex of contrasts and flavours. My date - after all, there's nothing quite like the alluring, piquant promise of a delicious curried kiss - went for the chicken tikka masala (£9.50), more fiery here than she was used to, but its heady mix of saffron, yoghurt sauce, cream, almonds, saltanas and coconut sending her into frequent flavour-induced paroxysms.

We shared a dish of special pilau rice (£4.50) - light, fluffy and first-rate - and a perfectly soft, generously coconut-filled peshwari naan (£3.20). 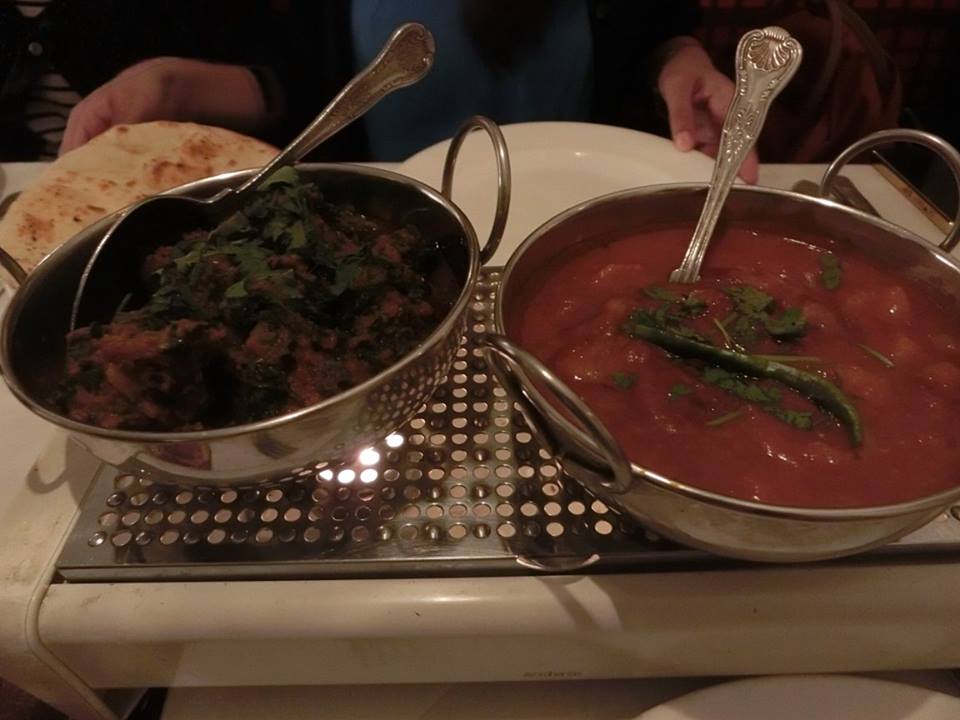 Puddings in Indian restaurants are usually something of an afterthought and a let-down, but a Trufito chocolate-covered ice cream bombe (£3.20) was big and bold, a tough tap of the spoon cracking open the chocolate shell to reveal the delicious ice cream inside, while a Gulab Jamun - an Indian indulgent treat of syrup-macerated doughnut with vanilla ice cream - certainly hit all the right dessert notes.

Unashamedly old school, full of warm, cosy charm and staffed by attentive, genial waiters, The Raj continues to serve up some of the finest, most delicious Indian food in Bristol and shows precisely why it has retained its position as one of the city's most prominent and popular restaurants.

Reviewed by Jamie Caddick for 365Bristol - the leading events and entertainment website for Bristol. 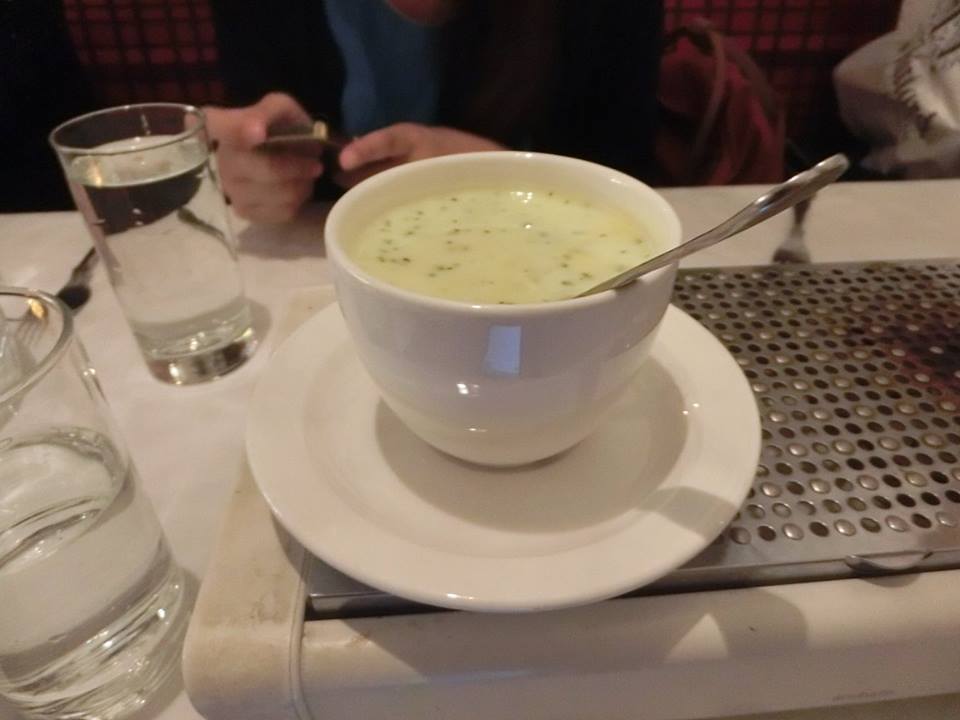