Visuals across the board are great; Doom and Doom II look amazing considering they came out in the early to mid-1990’s, with beautiful sprite work and glorious performance. Doom 3 showcases lighting techniques you don’t see in games often these days.

It’s the summer so you know what that means? Nothing comes out, in terms of new releases but it does mean I can revisit some old classics. Speaking of old classics, the folks at Bethesda gave me codes for the first three Doom games which have a bit of a spit shine on the Xbox One, PS4 and Nintendo Switch. This includes Doom, Doom II and Doom 3 (plus the expansions) which makes a good tightly knit package. Do they stand the test of time? Let’s find out! 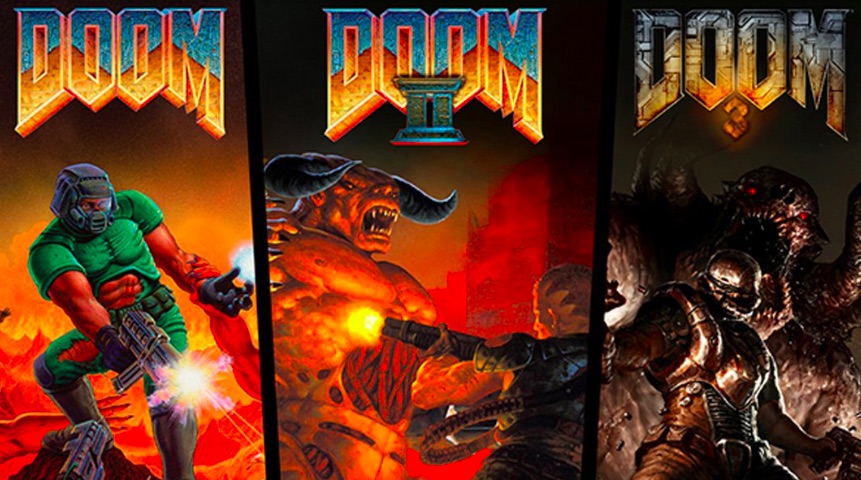 Doom, Doom II and Doom 3 have the same basic premise when it comes to its story, the UAC are looking for a new renewable energy source so they decide to syphon it from the Christian afterlife through Hell. My Question is always why not Heaven, but I digress. Things go predictably wrong and Mars and its moon bases are overran with zombie marines who have been possessed, as well as demons pouring through the portals of Hell. The narrative in Doom has never been deep, but id Software’s outlook has been a basic context to drive gameplay.

The gameplay is a first person shooter; one could argue it is the shooter to shape the design of the genre for the next two decades. Doom and Doom II are very similar in design, where you have texture mapped mazes where you have to find key cards, gun down hordes of enemies as well uncovering secrets. Doom and Doom II are very much power trips as you have an arsenal of weapons at your disposal, which each one has a purpose to takedown different enemies. The combat in first two games is over the top, fast and very much a complete power fantasy where it is a bizarre juxtaposition to the third game. 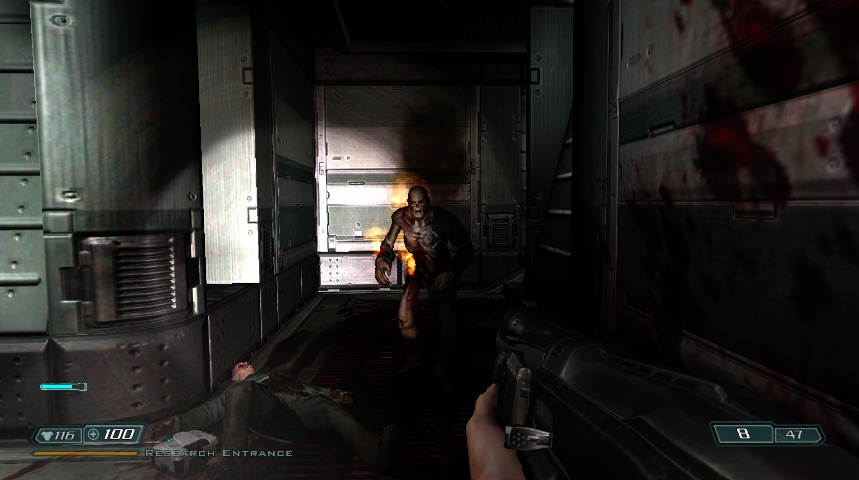 Doom 3 is a bizarre contrast in the series, as it didn’t carry on the action focus of the first two games. Released in 2004 on the Xbox and PC initially, it was a mixed game when it came to the community due to its shift in tone. What made Doom popular was its action, however Doom 3 took the route of survival horror, with dark environments and being vulnerable compared to the other games. It doesn’t make it a bad game by all means, in fact it is my favourite game in the series as I adore horror however it is an outlier in the series due to this. It still maintains the action mostly, you have the meaty shotgun tearing enemies apart, chainsaw cutting demons in two, but on the other hand movement is more akin to a Resident Evil game, where it is more slow and methodical.

Doom 3 is the meat of this package as it has the expansions that were released back in the mid 2000’s, as well as a standalone add-on that was release for the BFG Edition that was released in 2012. It still feels like Doom, but it takes on a slower pace which in my opinion adds to the underline themes of horror but brings it into the spot light.

Visuals across the board are great; Doom and Doom II look amazing considering they came out in the early to mid-1990’s, with beautiful sprite work and glorious performance. Doom 3 showcases lighting techniques you don’t see in games often these days, the dynamic lighting is terrifying, where torches barely light the corridor as you can hear the grumbles of demonic foes ahead. It was a game that was a graphical showcase for its time, and to this day Doom 3 still wows me in that regard and it is 15 years old at this point.

Are there any issues? Well for one the music in Doom and Doom II play at a slower rate compared to the original releases, this may not be noticeable to those have not play it before but it is to someone who stuck with the series for 20 years. The other issue (at present) that you have to log into a Bethesda Net account, which I might add is a bit nonsensical for a single player game that came out in 1993. Besides that, it is nothing game breaking.

These surprise announced collection of Doom games from the past has been amazing to play, it shows simplicity is all you need. It shows the progression of the series from 1993 to 2004, with visuals and gameplay. This is a great way if you want to get ready for Doom: Eternal, which launches November of 2019. Doom is a legacy in the gaming industry which should be experienced by everyone, these throwback titles are worth your money! 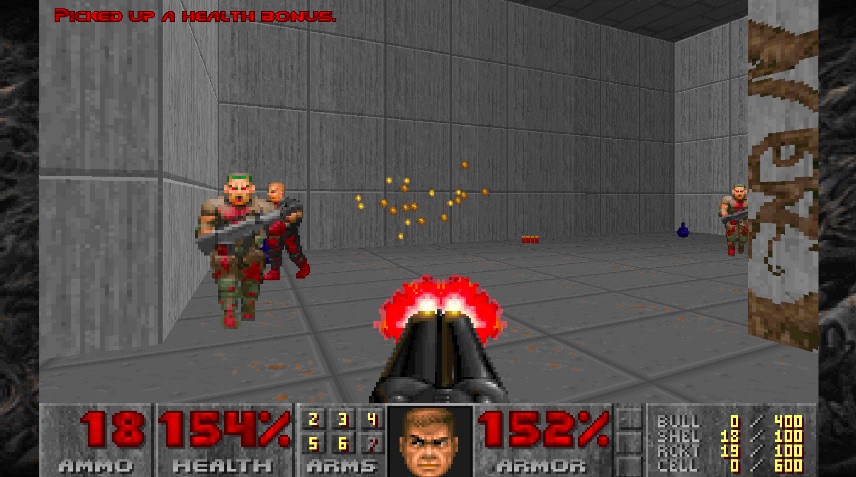