Dead Cells is one of those games that caught me by surprise, as I thought it was going to be yet another pixel art platformer.

We are now in that period known as “let’s not give Sam anything to review”, as the August dry period makes the Sahara desert look hydrated. Then out of almost nowhere, this little game called Dead Cells comes out. Now, I know I’m kind of breaking my own rules here as I usually review indie games on my blog, but I think this game is so good that it deserves a spotlight here and well - there is nothing else to play at the moment.

Dead Cells’ story is rather paper thin, but honestly, I wasn’t expecting the Count of Monte Cristo when it came to the story just something to set up the context. What I can vaguely make out is that you are the titular Dead Cell where you manifest corpses and rid the land of evil, similar to Dark Souls when you die you lose all your items but with a twist where the landscape changes each time. 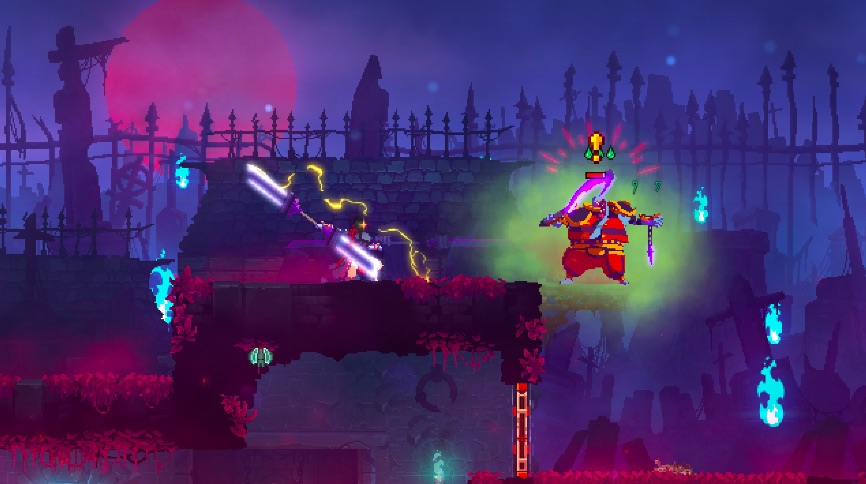 The meat of this experience is the gameplay, and I must say, I was pleasantly surprised. It is a throwback to games from the 90’s with titles such as Metroid and Castlevania with side-scrolling action and open-ended exploration. You start off weak as a wet rich tea biscuit, but if you can survive long enough you can upgrade skills such as health and find various weapons which will help you eviscerate your enemies into tiny giblets.

The controls are tight and fluid - jumping feels very responsive and any falls into spikes etc. Felt like my fault instead of the game’s, not only that the combat feels satisfying with great feedback as you slash enemies into bits. However there were a few moments I felt hit detection was a bit off, not from me, but with some of the enemy attacks where I thought I had dodged them. Throughout the adventure, you can upgrade your weapons which will give you an extra edge in battle, which you will need to find if you want to survive this game, as it can get very tricky as enemies get tougher and will repurpose you as a mop as they wipe the floor with you. 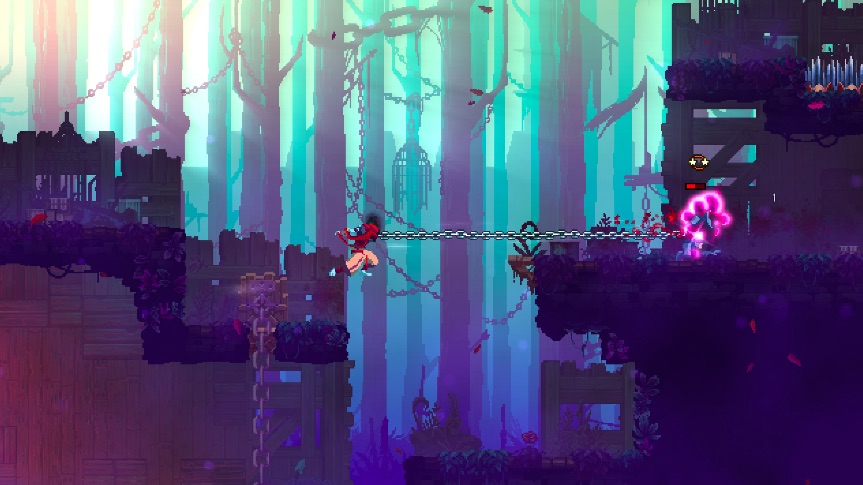 Visually the game looks great. It adopts a pixel art look and yes, this is a style that is overused within the indie scene but with this game, it works with its creepy atmosphere. The sprites all have exquisite detail with varying looks to them; they all pop out from the background. Enemies explode into a pixelated bloody heap, which is always quite the spectacle especially when you bulldoze through a crowd of enemies. The game runs buttery smooth at 60 frames per second; there was no input delay which smooth input is very much needed with a game that requires pinpoint precision.

Dead Cells is one of those games that caught me by surprise, as I thought it was going to be yet another pixel art platformer. However what I got was a challenging combat and side-scrolling experience, which takes inspiration from games like Dark Souls, Castlevania and, Metroid and combines it into this unique experience. I highly recommend this game. This is a title that will slide into one of my favourite games of 2018.