Despite some technical issues, Control is a fascinating game it has mysterious and bizarre plot that will have you hooked. Not only that it has fast and satisfying combat, where you get into a rhythm as you destroy 10 enemies in one swoop.

Remedy Entertainment are known for crafting interesting and somewhat confusing plots, coupled with fun and over the top third person shooting action. Their most known titles Max Payne and Max Payne 2 put them on the map in the early 2000’s, where they were then picked up by Microsoft to develop a couple of Xbox exclusives that were middling in terms of critical reception. Here they are again with a multi-platform release in the form of Control, and it has that signature noir storytelling that they are known for, with some fun fast paced gameplay. However it is hindered with some technical issues, let’s get into it. 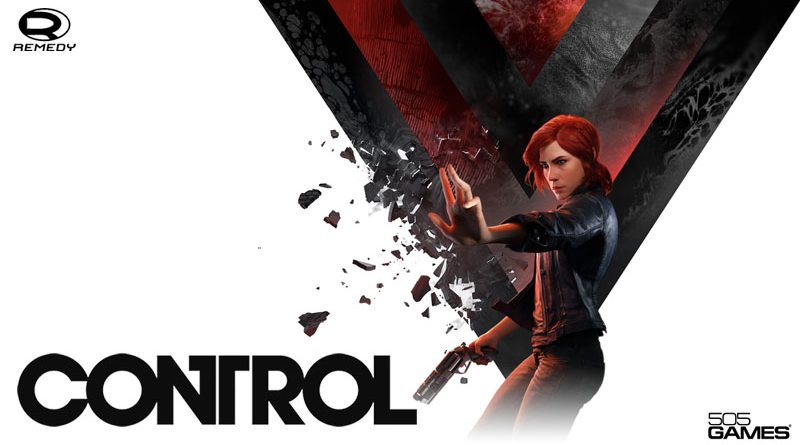 The plot is a rather bizarre one, but it wouldn’t be a Remedy game if it wasn’t somewhat convoluted. You play as Jesse, who is in search of her little brother who was taken by the Federal Bureau of Control who act as this ominous organisation that don’t exactly exist on the same plain of existence of the real world. She finally finds the headquarters of the organisation; however she ends up becoming “The Director” by accident when she discovers the body of the former leader, with a mysterious shapeshifting gun. However everything goes wrong and the Bureau is taken over by ghostlike entities called The Hiss. The story is about what you would expect from Remedy, shrouded in mystery and ambiguity but it is very interesting and fun to see it unravel.

Gameplay is a third person shooter, now I know people tend to roll their eyes at the genre because it is like a shooting gallery, where enemies pop out of cover waiting for their heads to be popped like a watermelon. However Control doesn’t really emphasise cover, instead it encourages a more aggressive and movement base combat style. Yes you have a gun which you can use to dispatch your foes which does have infinite ammo, but that does not make the game easy. You have to balance your abilities and shooting, because the gun overheats very quickly and there are scenarios where you will be cornered by a horde of enemies. You can upgrade the gun, which it can shapeshift into different forms. You have the standard pistol setup which is your normal sidearm friend, my favourite the shotgun variant which is devastating at close range and a machine pistol variant which is good for crowd control. There are more, but honestly the shotgun and machine pistol got me through most of the game. 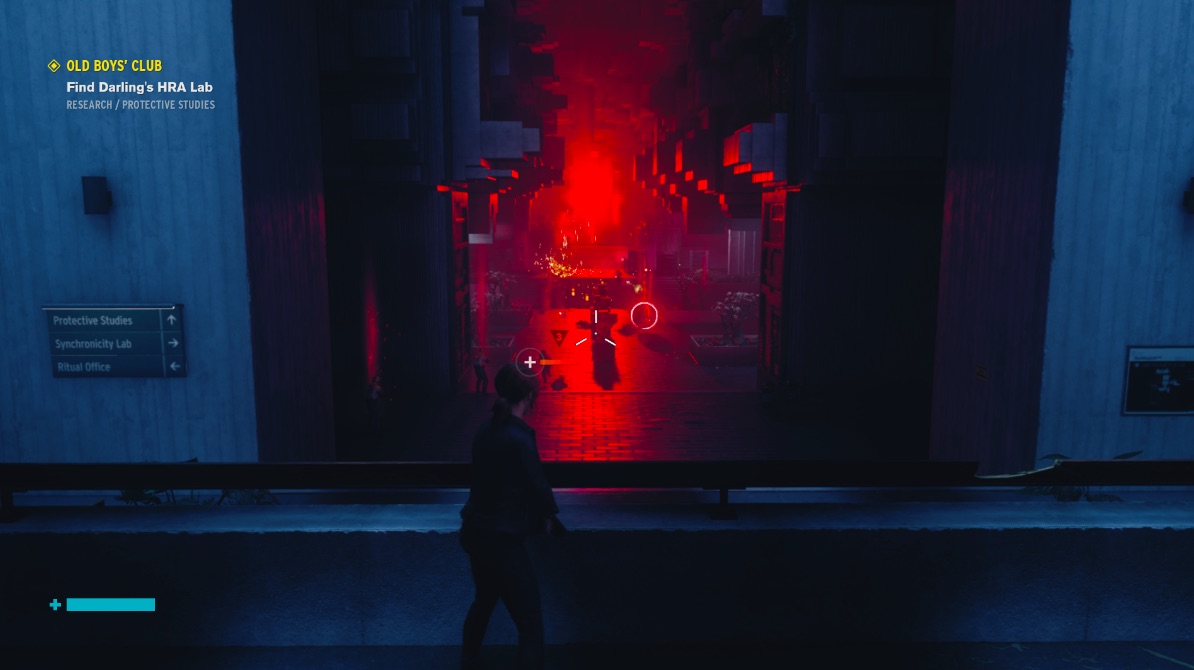 Now you don’t just have guns because otherwise that would make the game stale, no you also have supernatural abilities which can be used to keep things varied and help in combat. You can throw objects at enemies; you can dash like the flash and force push which makes you feel like a Jedi with a gun. You can upgrade abilities and your loadout, which you can add extra perks to your weapons which will do usual increase damage etc. These will help out in more intense situations as some enemies will have shields, as well as being able to heal themselves. Combat overall is fun, but by the later stages of the game it does become a tad repetitive, where you defeat everyone and purge a control (no pun intended) point which you do over and over again.

The game does strive for open ended level design; it is actually similar to Metroid but less complex with its level layout. You explore each department and gain new power ups, and supplies, it did give Metroid vibes, however the environments as beautiful as they are, started to repeat and blur together which created some confusion when I was navigating them.

Visually the game looks fantastic, facial animations on characters can be a bit stiff during automated dialogue exchanges, but during fully directed scenes they look beautiful. The lighting looks foreboding, although the excessive use of bloom can blind me especially when I’m playing in a dimly lit environment. Particle effects from explosions and The Hiss enemies look great, where it looks like a fireworks show when combat really kicks off. The presentation is dark and atmospheric which is a big plus in my book. 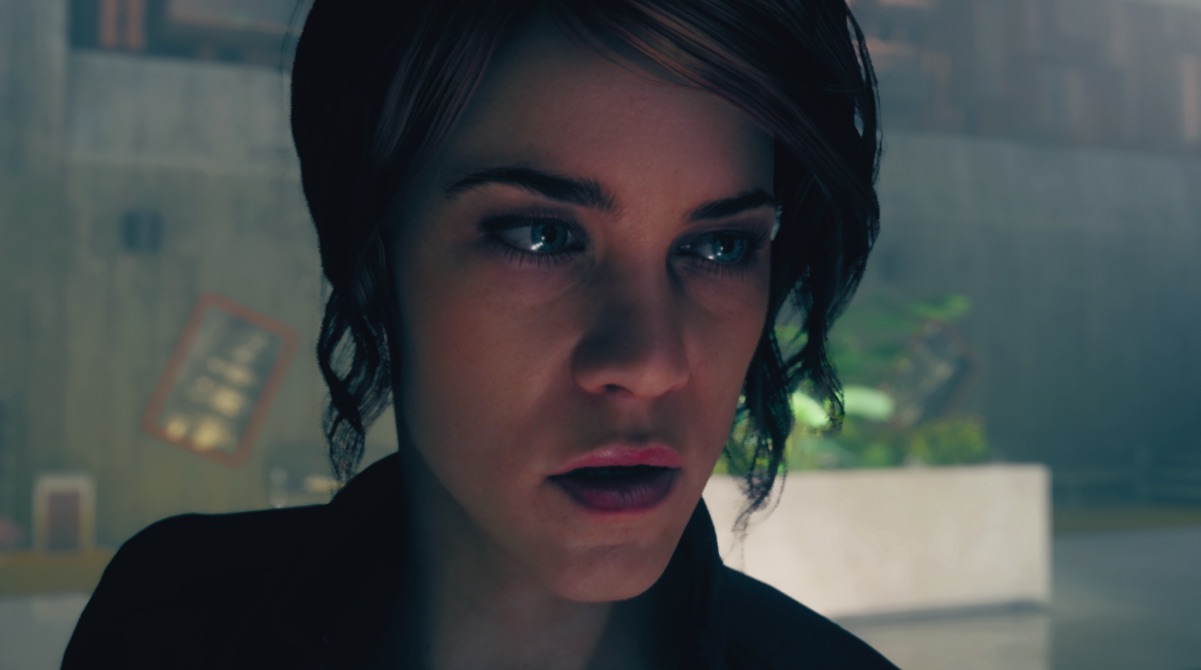 Now there are two major issues with the game and they are both technical problems, first the frame rate and secondly bugs with the user interface. Let’s talk about the framerate; it can become sick inducing during really busy firefights where it dips down to around 20 and even 15 frames per second. This doesn’t just stem from combat, the game will stutter during exploration too, and when you open the map the game seems to have an issue running the game. The user interface issue mostly stems from the map, when you open the map bits of it will be missing on screen as if it is having trouble loading it. These issues do hinder the experience, but maybe a future patch can help plus I was playing this on a normal Xbox One, so perhaps this isn’t an issue on the Xbox One X.

Despite some technical issues, Control is a fascinating game it has mysterious and bizarre plot that will have you hooked. Not only that it has fast and satisfying combat, where you get into a rhythm as you destroy 10 enemies in one swoop. I highly recommend the game; just bear in mind the technical issues.

4/5 reviewed by Sam Coles - a.k.a. The Bristolian Gamer 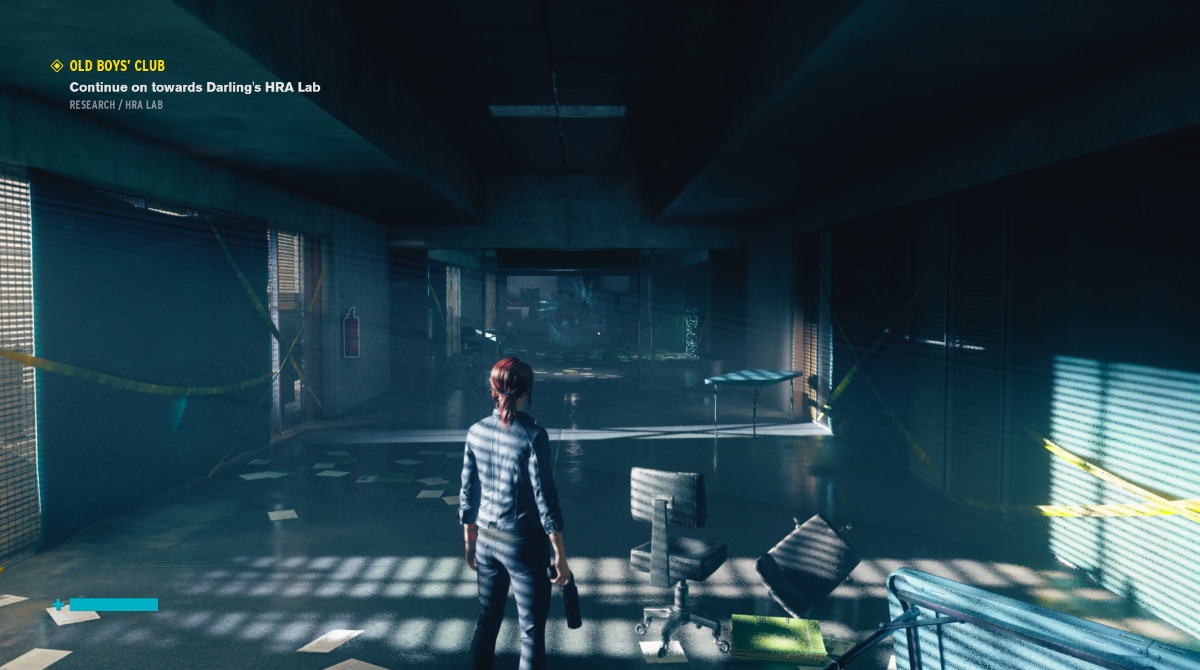