You know you’re getting old when you think to yourself “Why are they remastering a 360 or PS3 game it’s not that old”, then you look at the release date and realise a decade has passed. Originally released in 2009, Borderlands was a totally unique game with its art style, fun gameplay and zany sense of humour. It’s strange I remember seeing this game in shops back then not hearing anything about it; I took a gamble, picked it up and loved it. Now they have remastered it, is it as good as I remember? In short yes (mostly), I went back and played the PS3 version too to see any notable changes, and I have to say it makes that version obsolete. 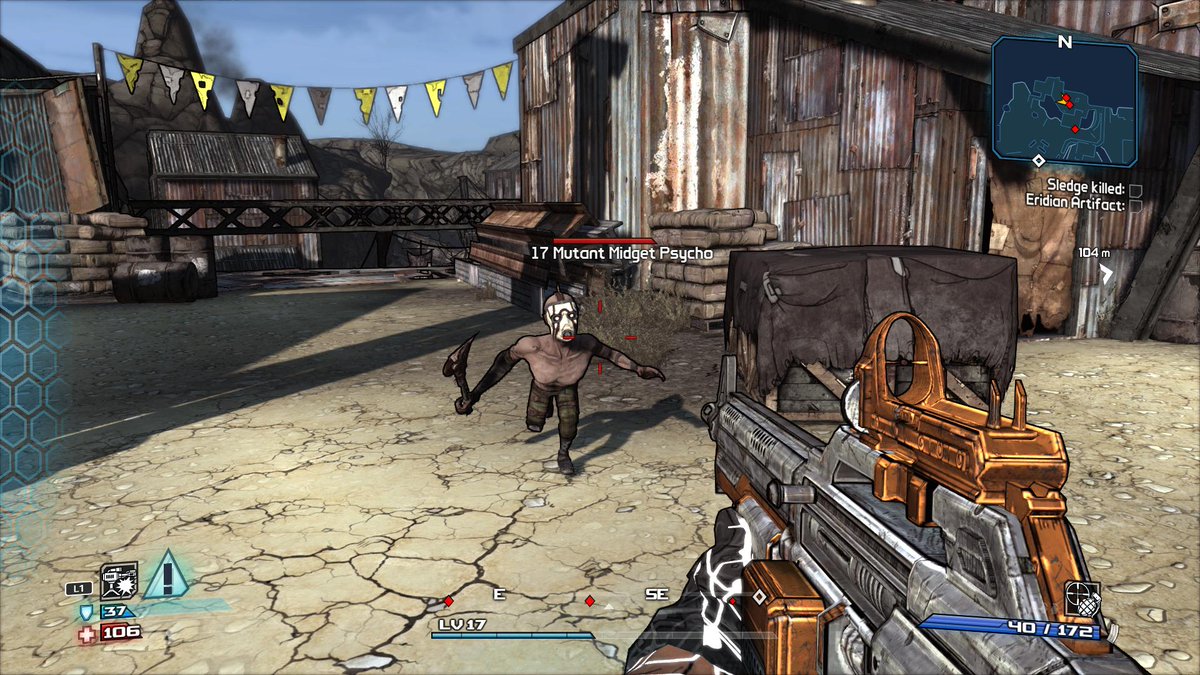 Borderlands takes place on the planet of Pandora, where people are in search of the vault which has been rumoured to hold almost unlimited treasure. You play as one of four Vault Hunters you have Roland the standard soldier, Lilith the siren who can faze in and out of existence, Brick the psychotic berserker and Mordecai the drunken sniper. They are on the hunt for the fabled vault to find treasure, during their journey they will gun down bandits, the local wildlife and anyone that looks at them funny. The story is great it doesn’t take itself seriously at all, but it’s not eye rolling with its humour like the sequels are which rely too much on pop culture references.

Borderlands is a looter shooter and this was before they were a thing, where in today’s market you can’t go five minutes walking into one like a charity fundraiser on the street. You go through open-ended levels gunning down bandits, or whatever weird entity wants to see your brain matter on the side of the road. The rewarding part of Borderlands is the loot, the game does have a hyperbolic tag line of having a “Bazillion” weapons. Yes, there are a lot of weapons in the game with different ammo types, sights, and impractical designs, but the designs do start to repeat after a while with the only difference being the paint job. 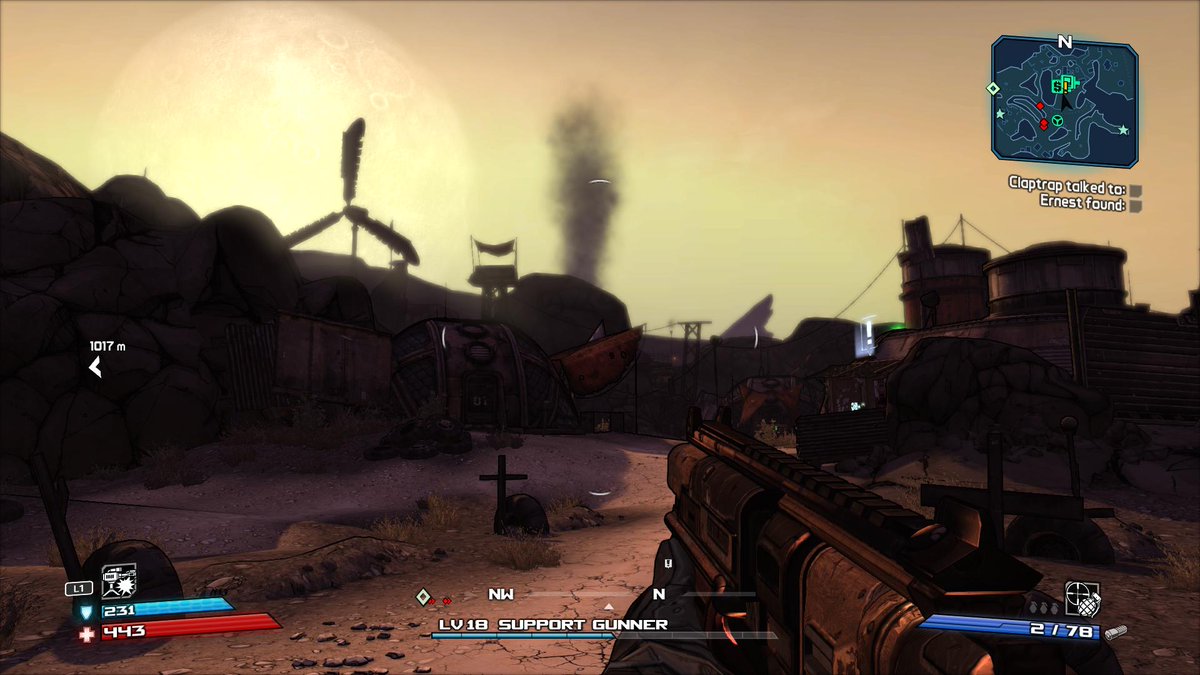 The shooting feels good, however even with the increased frame rate this still feels like a rough draft but it is understandable as it is a first attempt. The gunplay works for the most part, but it does feel very floaty in some instances, this is noticeable when you are trying to hit targets at a distance. Also, I found that hit detection was rather questionable, there were moments where I had my sights on a target where it would take a while to register the hit or not hit them at all, and again this was more with targets at a distance.

When traversing Pandora you will level up, to begin with you have to reach level 5 to unlock a character’s special ability for me I was playing as Roland the soldier who has a deployable turret. These abilities and attacks are very useful as they can get you out of sticky situations, there are many moments where you will be ambushed and surrounded which is very intense. The turret I used also acts as a distraction, because enemies will focus all their attacks on it, where I can the start to widdle down the tougher enemies, but they will attack you again when you engage with them.

The notable gameplay changes they have added is a mini-map in the corner of the screen, I had to check with the original 2009 release if there was one but there was not. This is a great change as I don’t have to stop every five minutes and check my map to see if I’m taking right path, this keeps a consistent flow to the gameplay and makes it less frustrating. 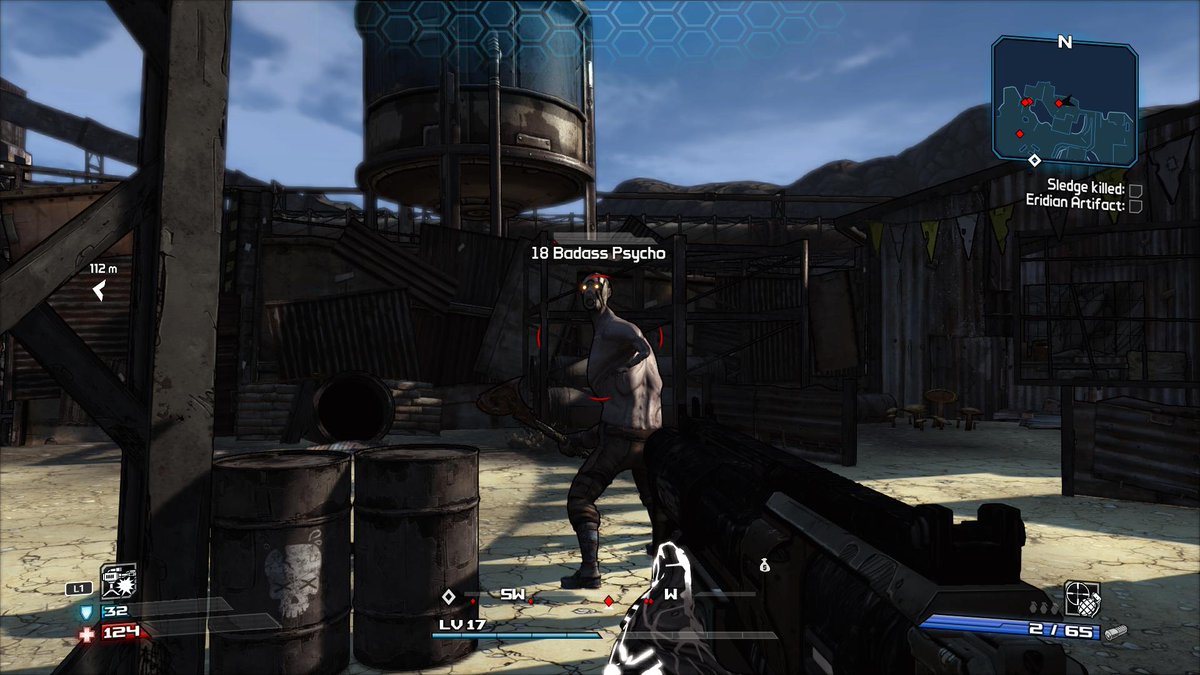 The game has been given a decent bump in quality with its presentation and performance; for starters it now runs at a blistering 60 frames per second which makes shooting smoother. The resolution is now higher making the picture look sharper at a nice crisp 1080p, instead of the blurry upscale resolution of 720p it runs at on the PlayStation 3. More detail and depth have been added to the characters and environments to make the cartoony art style standout, with added wrinkles, hair strands and expressions to make characters more lifelike. Environments have better lighting, with the absolutely beautiful sunsets really standing out as the evening sky slowly goes from a warm orange to cold darkness. The dynamic weather and the day and night cycles look great, this is due to again the improved lighting that was not possible on last generation hardware.

Overall it was amazing revisiting Borderlands, it is truly a classic game from 2009 and I’m glad Gearbox Software brought it to the current generation. This is a great way for younger gamers to experience it, because they may have been too young at the time of its original release. Its quirky and zany sense of humour coupled with its rewarding gameplay loop, make for a really entertaining time and it’s a great way to prepare you for the upcoming Borderlands 3 this September.