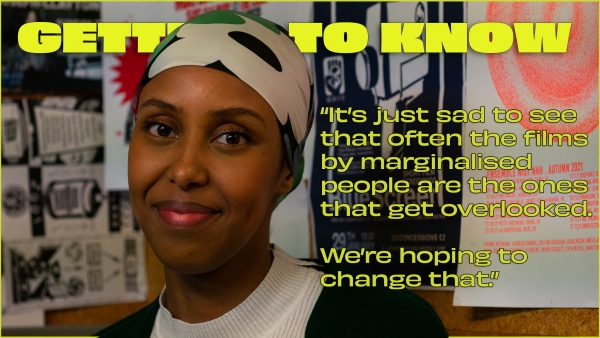 Getting to Know Bristol Kino Club with Hana Nour-Elmi

This week we spoke to Hana Nour-Elmi, the young pioneer of Bristol Kino Club - a new film screening and discussion club. We chatted to Hana on the eve of BKC's first ever screening at The Cube Microplex - The Watermelon Woman.

Can you introduce yourself and Bristol Kino Club?

My name’s Hana, and I’m really into film. With the help of Gary Thompson, who runs Cables & Cameras, I’ve been able to start Bristol Kino Club – which is a film community to talk about arthouse and independent cinema. Just a space to nerd out a bit.

The first film is a film I watched on Mubi, and it was just kind of crazy to find out that the first feature-length film by a black lesbian woman was released in1997? That’s a bit late for that kind of thing…

Digging into that and finding out more and more has made me more intrigued, and has made me put this together. Thankfully, a lot of other people in Bristol were interested, and we were able to sell out the show, so it’s really exciting.

Gary is mentoring a couple of people at the moment, mainly filmmakers. He just kind of found me along the way, and has helped me do screenings like these. So he’s taught me how to get in touch with distributors, how to book venues, get people interested – all those sorts of things.

I think he just wants to widen the network and make sure there is an outreach to – I don’t want to say BAME because I kind of hate the term BAME – the global majority, essentially. Trying to diversify the art space in Bristol, which is really cool – I wanted to be a part of it.

The film tonight, The Watermelon Woman, is about a black queer woman – a lot of its themes are around intersectional identity. Is that a core part of BKC – or more of a general focus?

We’re focused on independent and arthouse cinema. I think we are especially interested in digging out films that aren’t traditionally screened at places. I think there are independent films that get a lot of recognition and are, despite their low budgets, quite ‘big’ I think.

So we wanted to shout out films that are just as important but haven’t been given as much credit. So that’s why we thought we’d start off strong with The Watermelon Woman.

It’s definitely a general focus. Intersectionality and those kind of topics are an interest of mine, just as it’s something I experience myself as a person of colour, woman – and all the other things.

It’s not set in stone, that’s not the only kind of film we screen, but we wanted to make the screenings as interesting as possible for as many people as possible – so people feel represented when they watch these films. But it’s going to be different each time.

A Landmark in New Queer Cinema. Cheryl Dunye makes an explosive debut with THE WATERMELON WOMAN.
Come along and be a part of the Bristol Kino Club. Join us at @CUBECINEMA on the 29th Nov at 19:30 to celebrate this Cult Classic with us! pic.twitter.com/9VzgYNtQeL

Do you think by the nature of trying to highlight films that have been overlooked, a lot of those films might turn out to be by and about people of marginalised identities?

Absolutely. Yeah. That’s kind of the thing we’ve realised as we’ve looked into more and more movies. But it’s awesome, because those are the movies that we want to see more of. It kind of goes against the false perception that those films aren’t ‘interesting’ or don’t make as much money, or that people don’t want to see those stories.

I think there is this fallacy that English-speaking films are the only thing that people want to watch and the only thing that can travel. But we feel that film from all over the world can travel well. Great cinema and great storytelling can be enjoyed by everyone and should be available to everyone.

It’s just sad to see that often the films by marginalised people are the ones that get overlooked, but that’s kind of how things are – and we’re hoping to change that.

Can you give me any sneak peeks of films you’re considering in future?

More of a “watch this space”, I think. We’ve put a lot of energy into this screening, and it’s paid off quite well – in the sense that people are interested, and a lot of people have engaged with us on social media.

We haven’t set anything in stone yet for future events but we are very open to having more screenings.

Speaking of future events, is The Cube the home of BKC for the forseeable, or will you be moving around the city?

Oh, definitely moving around the city. We want to make this club as accessible as possible – we know that a lot of people come to The Cube for independent and arthouse films – usually student films and stuff like that, so we thought it was the best place for our first screening.

But we’re definitely interested in putting it in different places. We’re planning to move around the city centre, and hopefully move into Easton as well to have some screenings there. 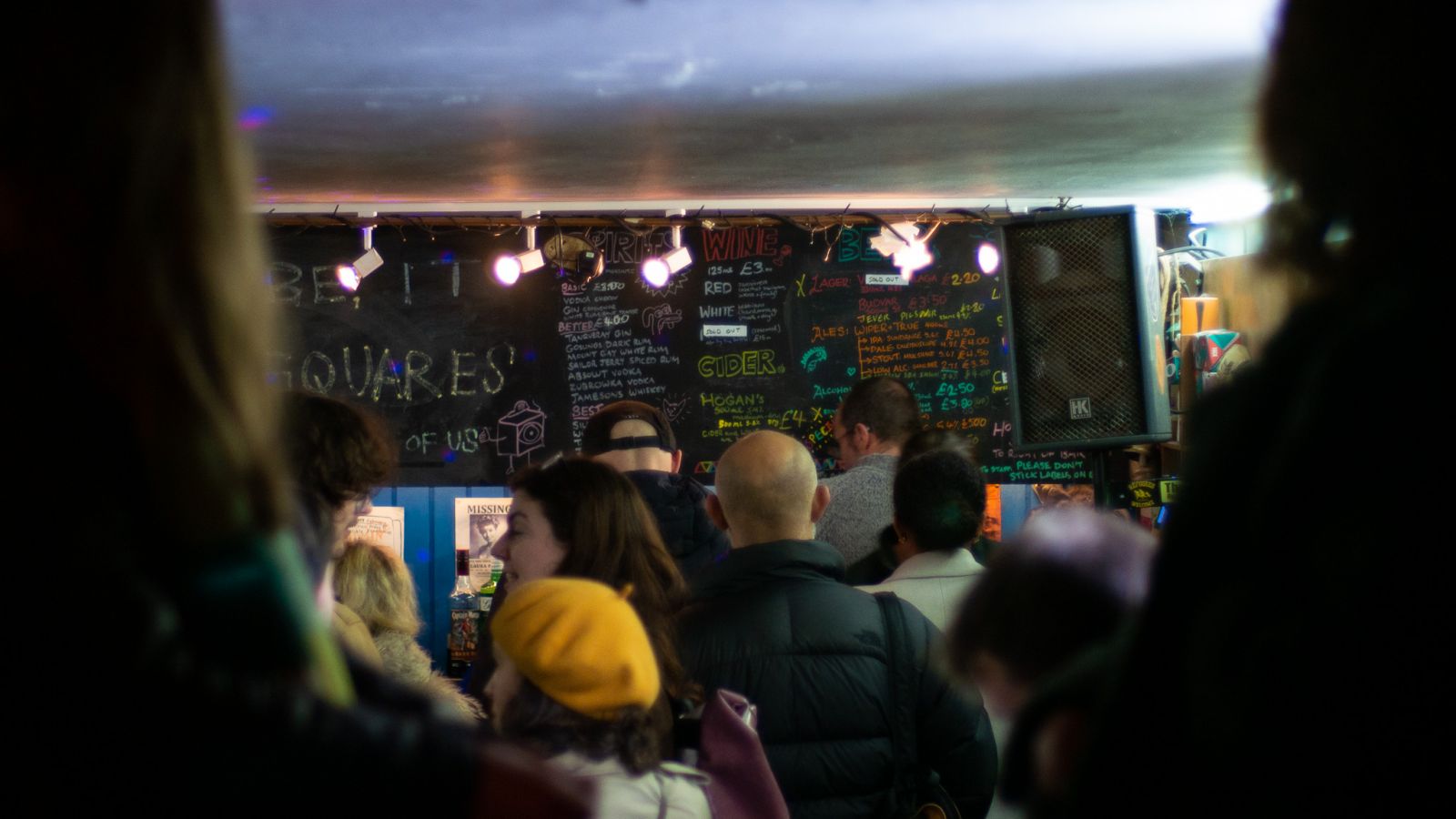 A big part of the club is discussion – what’s the structure behind that?

What we want to do is create space for people to discuss after the screenings. So, we show the film – and then make spaces for people to chill and hang out afterward.

To further the discussion, we show a question at the end of the screening. So, that can be an icebreaker – or it can be something you just think about yourself. We also encourage people, if they find themselves mulling over the question for days to come, to just send us an email to let us know what they thought.

It’s definitely not just watching the film then just going home – it’s watching the film, dissecting it and finding other people to discuss it with. Hopefully through that we’ll build a film community.

I struggle with that as well – how about we reframe it as your favourite film you’ve seen recently?

I’ve watched a couple of interesting films recently...I’ll just say the most recent film I watched and really enjoyed. But I don’t know if I could put it in the category of my favourite films…

The film RRR, the Bollywood film. It’s too much of everything, it’s very good. A lot of action, a lot of music...it’s just Bollywood and action to the max. I love films that are very unapologetic about what they are, and that film is exactly that. 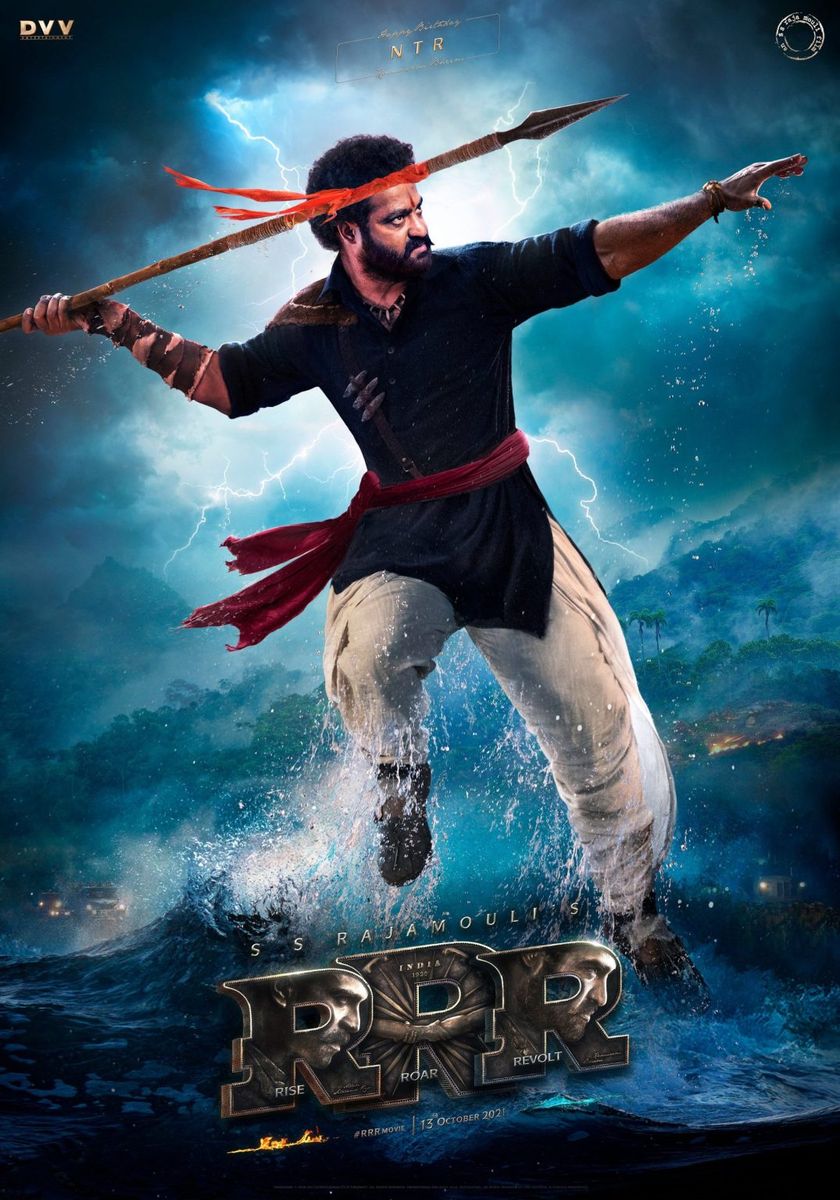 If you were mayor of Bristol for a day – what would you do?

Arts and culture should be free for anyone under 16. There should be free cinemas, there should be – we do this one already – free museum entry, stuff like that. I think there’s so much education outside of the classroom, and so much growth available to young minds that doesn’t happen in traditional institutions.

I’m realising that myself now, venturing out and being like “Oh my gosh...I could be a film distributor, I didn’t know that was a job you could actually have.”

But being able to experience life more freely without the burden of things costing money – I think that could help a lot kids and a lot of people from marginalised communities or poorer backgrounds find out about opportunities they previously know about or know were possible for them to get into.

You can follow Bristol Kino Club on all the usual socials: they have Facebook, Twitter & Instagram - and you can email them at. If you want to read what we thought of Bristol Kino Club's first ever screening, The Watermelon Woman, you can check it out here.