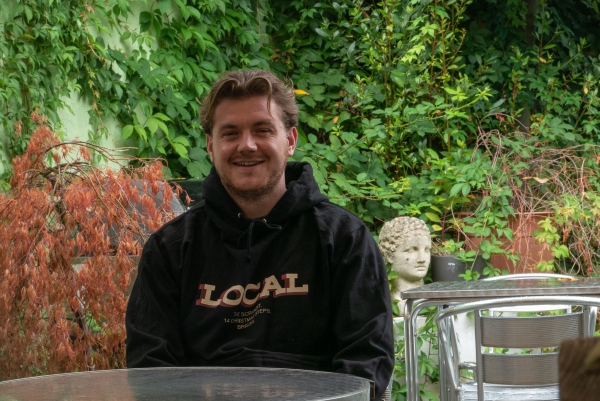 Getting to know The Scrandit with Josh Dickinson

This week, we spoke to The Scrandit, the pop-up loving restaurant/venue on Christmas Steps.

Can you tell us, in your own words, who you are and what The Scrandit is?

The Scrandit started in lockdown. Actually, the Scrandit came from Chori Bandits, which is a food popup that me and Max launched, coming out of lockdown.

When we came back from South America a couple of years ago we wanted to start our own food popup, serving choripán, which is an Argentinian street food – in Bristol, there really aren’t many other spots serving it. We loved it so much we wanted to bring it back, and do our take on it, shine a bit of light on it.

When we did that, coming out of lockdown, lots of people were starting their own food businesses, and asked if they could rent this space from us, because they liked what we were doing. From that, the idea came that we could potentially fill the place every weekend with something new.

Tell us about Choripán – what is it?

So, Max has family in Argentina, and we went and visited a few years back now. Choripán is a street food over there.

The first place he ever took me to in Argentina was this taxi rank, and there was a food stall there serving the best Chori. Chori is the sausage, Pan is bread and then it’s served with Chimichurri. It’s the simplest bit of food, but just such great flavour and, you know, really cheap.

It’s been taken on, people have set up restaurants surrounding it, developed it, stuff like that. So we did a little bit of a tour, he showed me round, and we basically ate loads of it, because he fell in love with it when he first went.

We serve our own here now, we’ve also adapted it to do a breakfast version – so we do breakfast service through to evening service.

We’ve always done our popups here, and we’ve actually got our first festival coming up at the start of September; we’re doing Field Maneuvers, which is in Norfolk. We’re doing a stall in Trinity Centre on the 27th of August, at the club Djembe day party, and we’re also going to be serving at another festival the second weekend of September, which me and Max are both involved in organising, a dance music festival down in Devon – so we’re gonna serve some food down there as well.

And what’s that called?

Let’s quickly talk about the name – I assume a portmanteau of ‘Scran’ and ‘Bandit’?

Exactly! No one ever gets it.

Basically, when we’re looking for food, we’ll say “gonna go grab some scran” – as the saying goes. We were talking about how we wanted it to be open to all food – scran – but we wanted it to have a slight connection to our own food pop-up, which is Chori Bandits, so...Scrandit.

I guess it’s also a play on words, saying you’ve ‘scranned it’. 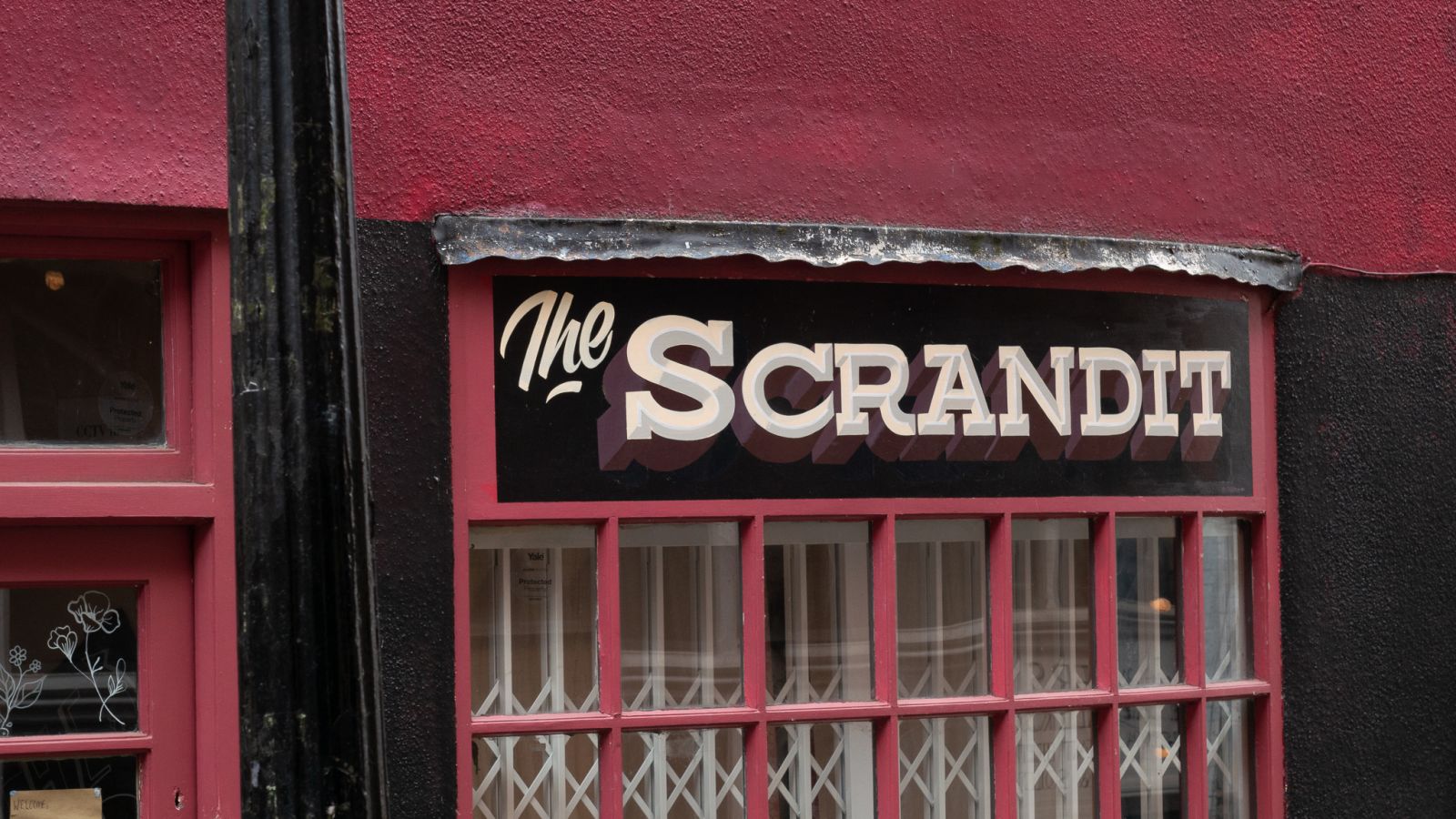 Who’s on at the moment?

Currently we have Serena, who runs ‘Kring Kringz’ – she serves Filipino Fusion food. She was recently on a tv show, on BBC 3, called Hungry For It. She’s actually done popups here way before she was doing any of that, and it’s exciting to see her getting the recognition she deserves.

We love giving people the opportunity to serve in a short space of time, it really does work for the start-up businesses, to give them opportunity essentially, without failure. They can serve for one or two days, with lots of family and friends support, put themselves out there and serve a new clientele.

But it does become logistically very difficult to change every weekend – one, for us, two for finding the traders, especially people that already do markets or have a residency somewhere else. So we’re looking at giving these food traders a month at a time to build through the month, but still change every month so we’re keeping things fresh.

I want people to think “What’s going on down there this weekend?” or “I’m kinda hungry, I wonder what they’ve got going on?”. The idea is that if it’s ever-changing...that keeps it fresh. Something new for people, basically.

Do you have anyone coming up?

I may as well just give you everyone coming up. Why not? Promo for all! You know what I mean?

So Serena – ‘Kring Kringz’ – is in ‘til the end of August, so she’s got two more weekends left.

For the first weekend of September we’ve got a brand-new popup in – for us – called ‘Gourmet Warriors’, serving tacos.

Weekend after that we have somebody called ‘Suez Eats’, this’ll be her first popup open to the public.

After that, we have somebody called ‘Chef Marz’, who does like a Caribbean fusion.

For the whole of September, on Wednesday nights, we have one-off events with ‘Buskers’ Banquet’ which is a newly launched live music and food event. We hosted a couple of their events a few months ago, but what they’re really trying to do is combine local musicians with Bristol chefs, which is really cool. So they do one or two courses, you pay for your ticket and get a selection of live music by a couple of artists alongside your meal.

Then we have Dead Wingers in for a whole month, kind of mid-September to mid-October.

Has anyone brought food that’s surprised you?

I would actually say Serena from ‘Kring Kringz’, and Amber & Ross, who run ‘Aurora Kusina’ -they both serve Filipino food. The first time we had them in was my first experience of eating authentic Filipino food. Serena does more of a fusion, so she does dip in to all sorts and mixes it up a bit. There isn’t many people in Bristol doing it, pushing Filipino food. So even though a lot of it maybe has similarities to stuff we’ve eaten, I’d say they’ve brought new flavours to me personally. 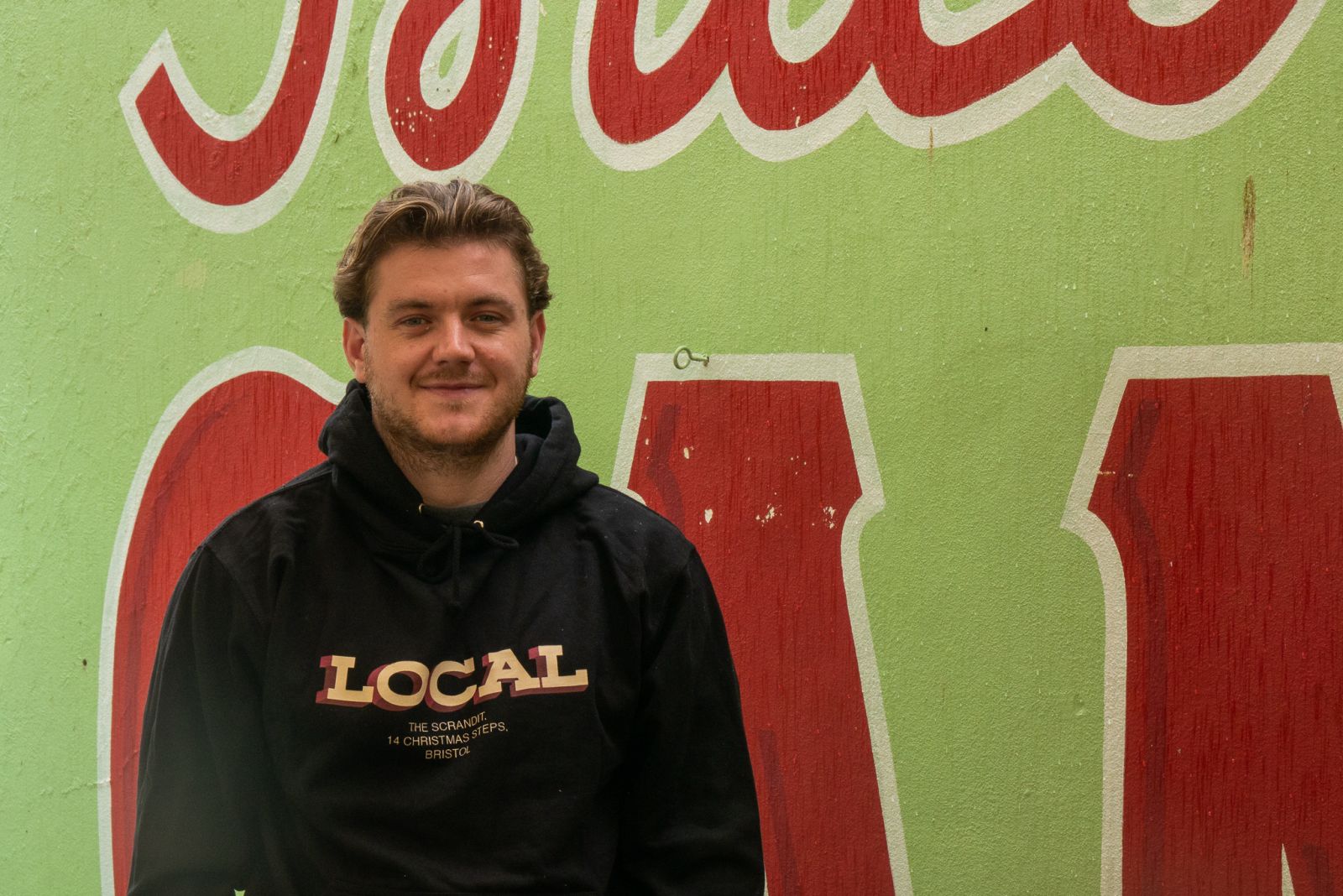 Does a cheeseboard count as a desert?

I guess so? You’re asking the wrong person. I’m actually not – controversially – I’m not a massive cheese fan...in a cheeseboard sense. You wouldn’t catch me just eating cheese. I love it in food, certain things, but I would never order a cheeseboard for dessert.

So your’re definitely pro-sweet dessert VS a cheeseboard?

Oh, 100%. 100%. There’s a separate stomach for dessert, you know? Doesn’t matter how much you’ve eaten, there’s always room for something sweet.

If you were Mayor of Bristol for a day, what would you do?

I run events and club nights in Bristol & London, and the problems on the licencing and that on certain areas is a pain for nightlife and hospitality, so I’d just try and open it up to all sorts of food, live music and parties for 24 and just… let everyone go wild.