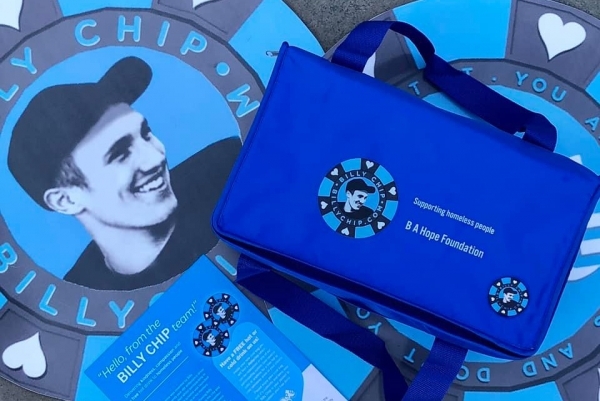 Help a Bristol-based scheme support more people across the UK.

The team behind the BillyChip - a small token that can be redeemed by a rough sleeper in exchange for a hot drink or some food - is looking for donations to expand its operation nationwide.

Through Aviva's community crowdfunding scheme, The BillyChip Foundation hopes to raise £50,000 to make their safe, secure currency for the homeless available in more communities across the UK.

Find out more about the BillyChip via its website and, if you are able, donate to their crowdfunding campaign here.

The BillyChip platform allows shoppers to purchase £2 tokens from participating retailers, which can be passed on to homeless people and rough sleepers and redeemed for food, drink and other products.

BillyChip was set up in memory of Somerset local and 20-year-old ambulance driver Billy Abernathy-Hope, who died whilst on holiday in Thailand in 2018.

The BillyChip system acknowledges that the general public can be apprehensive about giving money directly to rough sleepers, and uses tokens as an alternative to help secure vital provisions for vulnerable people.

A section of the foudnation's crowdfunding page reads: "Not only does purchasing a BillyChip ensure your support feeds a person instead of a habit it also makes helping people in our community easier as very few people carry cash these days.

If you want to see BillyChip in a place near you please donate through the linkhttps://t.co/IPQdRM12BQ pic.twitter.com/8Y6Z0qxxEW

"It is a known fact that not everyone posing as a rough sleeper is homeless and many people have concerns when handing over money as to the legitimacy of the situation.

"BillyChip has been supported by many Celebrities, Sports Stars, Police forces and charities around the UK. Areas operating the scheme have witnessed improved relationships within the community and reductions in crime, nuisance begging, anti-social behaviour and organised criminal gangs."

Part of Aviva's community crowdfunding scheme - designed to put 'weight behind clever ideas through funding, coaching, volunteering and practical guidance' - the BillyChip has set a funding target of £50,000.

Money donated will be put towards helping the scheme extend its reach nationwide and help more homeless people. Find out more about the BillyChip here and, if you are able, donate here.