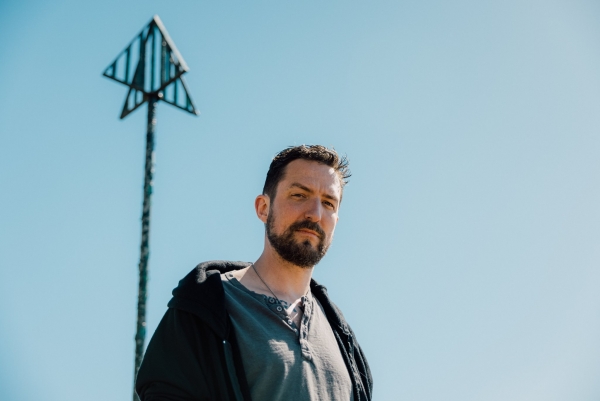 Turner recently kicked off the North American leg of his tour, which will see him play 50 US states in 50 days.

Frank Turner and The Sleeping Souls are set to return to the Westcountry later this year, headlining Bristol's O2 Academy on Thursday 13 October as part of a huge global tour.

Having performed extensively at UK venues of all shapes and sizes, Turner and his band are back on the road in support of their latest album, FTHC, released earlier this year.

Tickets for the Bristol show - their second in the city this year - are on sale now and can be found here.

Now an internationally-renowned singer-songwriter, Frank Turner started his musical journey as part of post-hardcore outfit Million Dead, performing with the band until they split in 2005.

In the years since, Turner has released nine full-length studio albums to widespread critical acclaim, mixing his well-received solo projects with collaborative efforts with The Sleeping Souls.

In a February interview with NME, the 40-year-old outlined the deeply personal subject matter present throughout his most recent album, FTHC, including the impact of losing close friend and Frightened Rabbit frontman Scott Hutchison to suicide and examining his relationship with his own trans parent.

The project scored Turner his first-ever UK Number One, after 2015's Positive Songs for Negative People and 2019's No Man's Land came in at Number Two and Number Three respectively.

Frank Turner and The Sleeping Souls will be touring North America extensively throughout June and July, aiming to play 50 US states in 50 days.

The band will then take a short break before kicking off the European leg of their tour, which will see them perform in 18 UK cities in just under a month.

Tickets for their Bristol show - taking place at the O2 Academy on Thursday 13 October - are on sale now and can be found here.

For more information on O2 Academy Bristol, or to find out what else is coming up on Frogmore Street in 2022, head to the venue's website.