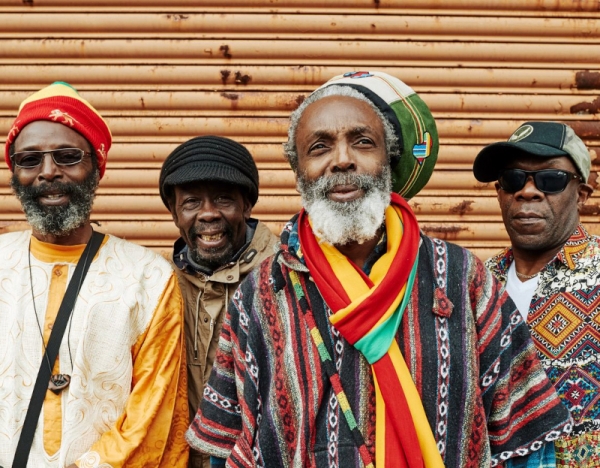 Catch a rare live performance from one of the city's most influential roots reggae acts.

Legendary roots reggae band Black Roots are set to perform a headline show at Bristol's Trinity Centre on Saturday 2 July, topping a night of reggae and dub at the historic Old Market venue.

Celebrated across Bristol having emerged and developed their sound in the city, Black Roots will be taking the stage alongside Roots Injection, Indica Dubs and Green King Cuts soundsystems as part of Trinity's Mid Summer Reggae Festival.

Formed in St Pauls in 1979, Black Roots were one of the pioneering reggae groups in Bristol, playing an integral role in the soundsystem culture that defined the city's sound at the time.

The unique brand of roots reggae resonated with thousands of fans across Bristol and beyond, speaking out against the injustices and alienation caused by the political reform introduced during Thatcherite Britain.

After enjoying their most successful period in the 1980s and early 90s, Black Roots went off the grid for the best part of a decade, before re-emerging in 2004 and going on to release a further four studio albums.

Their latest record, 2021's Nothing in the Larder, offered a timely reminder that we must continue to fight for equality, justice and enlightenment, and that even in the depths of despair and the hardship brought about by the pandemic, there is hope for a better world.

The band are joined on the lineup by three leading Bristol soundsystems, with the Roots Injection, Indica Dubs and Green King Cuts Crews on hand to keep energy high into the early hours of Sunday morning.

Tickets for the Mid Summer Reggae Festival, taking place at Trinity Centre on Saturday 2 July, are on sale now and can be found here.

For more information on the Trinity Centre, or to find out what else is coming up this summer, head to the venue's website.