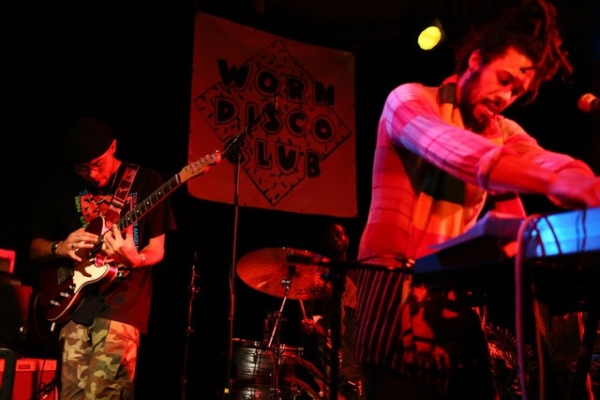 The hour-long film shines a light on the innovative people and projects at the forefront of a flourishing musical movement.

A handful of Bristol-based musicians and collectives have had some input in an intriguing new BBC documentary exploring the UK's contemporary jazz scene.

Taking viewers on a musical journey across Manchester, Bristol and London as well as a handful of influential people and events, Edwards delves deep into a dynamic underground sound making waves nationwide.

The doc premieres on BBC Four this weekend ft some of the most incredible musicians you'll ever hear.

In a section dedicated to Bristol, the documentary shines a light on a handful of renowned local acts and promoters, including Ishmael Ensemble and Holysseus Fly, and Worm Disco Club co-founder Jackson Lapes.

"I notice a lot of journalists, they always refer to Massive Attack and Portishead, and the trip-hop sound, the drum & bass sound, the dubstep sound," Lapes says in his interview.

"All of that is really, really important to the musical history of Bristol, but we're kind of in a phase now where we have a whole new scene that's kind of developed here over quite a few years.

"It's just starting to surface now and other people outside of Bristol have started to hear it as well. That's what I'm excited about over the next few years, the definition of a newer sort of Bristol sound."

Elsewhere, the documentary recognises Snazzback, Run Logan Run, Waldo's Gift and others for their role in pushing UK 'jazz' forwards.

Back in 2020, we covered Bristol's emerging jazz scene with a lead feature in the second issue of our music magazine, LOUD Bristol.

"A bit of a myth has prevailed over the years about jazz being rather earnest and exclusive," Eldridge said at the time. "Bristol's new generation are blowing that assumption out of the water."

Jazz UK: Spitting Fire will be available to watch on BBC iPlayer until 2023. Find out more about the documentary and watch it in full here.