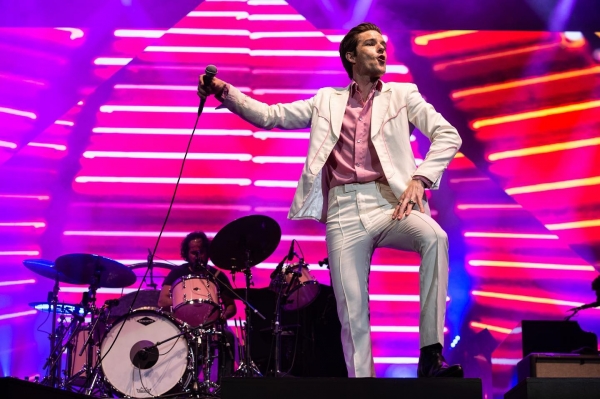 The time has finally come: The Killers will arrive in Bristol for a huge headline show this month.

Say it in hush tones, but after being forced to reschedule their eagerly-awaited UK tour twice due to the coronavirus pandemic, The Killers are due to perform live in Bristol on Thursday 26 May.

With the world-renowned band set to take the stage at Ashton Gate Stadium in BS3, fans are waiting with baited breath after waiting more than two years for the gig.

Tickets for the Bristol show, featuring support from Manic Street Preachers, are still available in seriously limited numbers - find out more and secure yours here.

Was it as good for you as it was for us? pic.twitter.com/GiHvNnEx0m

Responsible for an extensive back catalogue of anthems, including 'Mr Brightside' and 'Human', The Killers' Americana-inspired sound spans heartland rock, new wave revivalism and indie synth-pop.

Led by renowned vocalist Brandon Flowers, the band have scored several major awards worldwide and earned cult status through an array of critically-acclaimed releases and tours.

The band's most recent album, Pressure Machine Deluxe landed in August 2021, later releasing on streaming sites in March of this year.

The eleven-track record was accompanied by new documentary Notes from a Quiet Town, which premiered on the band's Facebook page.

Boy, have we got some news for you! Pressure Machine Deluxe will be out on all streaming platforms on March 25th, but that’s not all. On March 21st, our documentary “Notes from a Quiet Town” will premiere on Facebook. pic.twitter.com/kqxAYqnpeT

Despite the show previously having sold out, extra tickets have been made available for The Killers' rescheduled Bristol show on Thursday 26 May.

Standing tickets are in very limited supply, while a handful of two- and three-seat spaces remain in the stands.

Find all the information and get your hands on the final batch of tickets here.