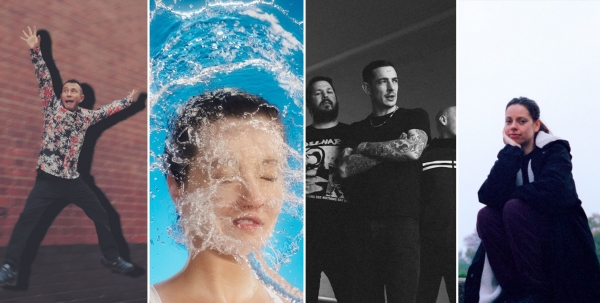 The team behind the celebrated multi-venue festival are bringing a diverse selection of acts to Bristol over the coming months.

We truly are spoilt for choice when it comes to live music in Bristol, with an array of internationally-renowned and exciting emerging acts performing across the city on a regular basis.

Bristol's vibrant selection of venues caters for a broad range of genres, while leading promoters have their fingers on the pulse and a canny knack for booking top-notch musical talent.

Simple Things Festival, which usually takes place across multiple venues in September, has been busy organising a series of blockbuster live shows in 2022, having already brought the likes of Yves Tumor, Shygirl and Silverbacks to the Westcountry so far this year.

The festival team have got plenty more in store in spring, summer and autumn, spanning an eclectic mix of sounds - read on for a quick guide to what to expect over the coming months, and be sure to secure your tickets ASAP to avoid disappointment.

Operating in a unique space between noise and drill, Blackhaine has its origins in the anxiety-wracked stasis of 2020, with output focusing on 'the transition from stomach-knotted dread to exhaustive, prang-out negative ecstasy.'

Made up of classically-trained jazz musicians, karaoke-loving tattoo artists and seasoned veterans of the hardcore scene, Viagra Boys are an unstoppable vessel of modern-day punk music.

A regular on revered London-based label Hyperdub, Lanza should provide the perfect soundtrack to Strange Brew's intimate performance space when she arrives on Fairfax Street next month.

The first of a Simple Things double-header on 25 May will cult Aussie rockers Rolling Blackout Coastal Fever take the stage at The Marble Factory, showcasing new material from their eagerly-anticipated fourth album, Endless Rooms.

After their latest record, Sideways to New Italy, was dubbed one of the best guitar albums of the year in 2020, RBCF will arrive oozing with bright and lively tones, unleashing head-spinning riffs and quirky 80s jangle-pop influences to form their one-of-a-kind sound.

Follow-up record Yol extends the band's upward trajectory while unveiling a handful of suprises. Organised in collaboration with prolific Bristol promoters Worm Disco Club, this is certainly not one to miss.

Electronic maestro Soichi Terada has done a stellar job bringing the sounds of the Japanese underground to new shores, carving out a formidable reputation through the release of his 2015 record Sounds From The Far East and his most recent album, 2021's Asakusa Light.

The latter is the culmination of a busy five-year run for Terada, which has seen the DJ, producer and computer game composer reach a new school of club-goers and secure long-overdue recognition beyond home soil.

Support at Strange Brew will be provided by two highly-regarded Bristol DJs in Ellie Stokes and Millie McKee.

A truly multi-disciplinary musician capable of stitching numerous instruments into his performances, Basinski's live show needs to be seen to be believed.

Tirzah will arrive in BS3 this June for an eagerly-awaited performance at Fiddlers, touring new material from her critically-acclaimed sophomore album, Colourgrade.

Following up her cult 2018 debut Devotion, the new record explores recovery, gratitude and new beginnings, presenting the singer's first discovery of the love shared between a mother and her child.

Talented electronic two-piece Jockstrap will return to Bristol for another energetic live performance this autum, arriving as one of the most intriguing musical projects in the UK right now.

Made up of Georgia Ellery (of Black Country, New Road) and Taylor Skye, the duo's latest single 'Concrete Over Water' retains their mesmerising essence, and has left fans more desperate than ever for the release of their eagerly-awaited debut album.

After half a decade apart, the band have rebuilt themselves from the ground up, buoyed by the limitations of the pandemic and a renewed urge to create music together.

A culmination of pure artistic talent and chance, her writing was scribbled down in Parisian cafes before falling into the hands of guitarist Julian Hanson and drummer Oscar Robertson, who used their craft to ignite her words.

The trio will arrive in Bristol for a rescheduled performance this October, performing material from O'Brien's debut album, Time Bend and Break the Bower.

The band's expansive catalogue of music resembles an open sketchbook of melodic endeavours, with their latest release, Time Skiffs, offering the same spirit of the group's iconic earlier work while continuing to pull their style in new directions.

Simple Things have collaborated with a selection of renowned Bristol-based promoters to put together their 2022 gig series, organising events across some of the city's best-loved venues.

To find out more about Simple Things, to secure your tickets for any of the shows mentioned above, or to follow news and updates, head to the festival's website or find the team on Instagram.