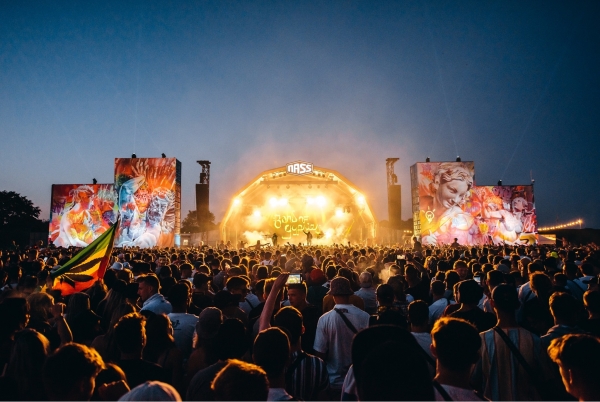 The rapper joins Headie One and AJ Tracey at the top of an ambitious programme of music, skating, street art and more.

Acclaimed London-based rapper Loyle Carner has been announced as the final headliner for the returning NASS Festival, completing one of the event's biggest musical lineups to date.

Having emerged in the mid-2010s and received widespread acclaim with his 2017 debut album, Yesterday's Gone, Carner is one of the most respected names in contemporary British rap, combining old-school hip-hop sensibilities with modern jazz and R&B influences.

NASS is making its long-awaited comeback this summer, taking over Bath & West Showground from 7-10 July after the organisers were forced to cancel their 2020 and 2021 editions due to coronavirus restrictions.

Final tickets for NASS 2022 are on sale now but are expected to sell out in advance - find out more and get yours here.

YOUR THIRD HEADLINER HAS LANDED! ????

Watch the video to find out who will be joining you at NASS 2022 this summer, alongside @HeadieOne, @AJTracey and JUST ANNOUNCED @thebbccofficial. PLUS 100's more across 8 stages ????

Described as "high-octane music meets super-urban sports" (Metro) and "an essential festival for bass heads and skaters alike" (Wordplay Magazine), NASS has emerged as one of the best-loved weekenders in the Westcountry in recent years.

The festival will be returning this summer with a programme of well over 100 live acts and DJs, performing across eight spectacular stages and spanning a broad spectrum of underground sounds.

Alongside headliners Headie One, AJ Tracey and Loyle Carner, attendees can expect stellar sets from the likes of Sub Focus, Kurupt FM, Mabel and many more.

As always, Bristol artists are heavily represented on this year's NASS lineup, with LTJ Bukem, AC13, Gardna and Jay0117 all set to perform across the weekend. A full lineup and stage-by-stage breakdown are available here.

Alongside a bumper musical offering, NASS will once again be showcasing a diverse range of skate competitions and street art, collaborating with Upfest to bring an array of renowned artists to the Westcountry in July.

Full weekend tickets, day passes, group tickets and travel package for NASS 2022 are on sale now and can be found here.